Philadelphia might not have a good recycling program (yet), but it is growing more environmentally aware. The latest evidence? A new magazine called Grid.

Gridis a “new magazine for community sustainability.” What does that mean? I thought (cynically) that it would be another magazine about “going green.” Man, if I hear the phrase “going green” again I think I’ll die. No, this magazine isn’t about how to grow your own food and why you should use public transportation — though those are both great ideas. 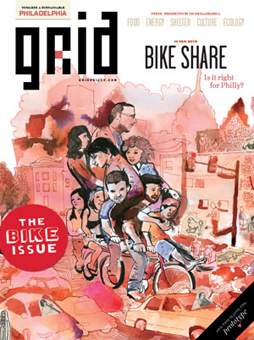