A small city near St. Louis wants to contract its law enforcement services to the county. The ensuing controversy made clear just how much harm fragmented services can bring to a metro area, and makes a case for city-county consolidation.

Should St. Louis County and its cities consolidate services? Jimmy Emerson on Flickr

The City of St. Louis gets a lot of attention for being economically stressed, inefficient and dangerous. There are reasons this happens, but the city is an easy target. Recently, the idea of the city joining the county in some type of political consolidation has gained attention, but the greatest strides in politically unifying the region may be made in St. Louis County. There are 90 municipalities and approximately 677,000 residents within those municipalities, an average of 7,522. In addition, more people live in unincorporated St. Louis County (~322,000) than live in the City of St. Louis. The 28 wards in the city average 11,403. The drama in Dellwood reveals how we are underserved by fragmentation.

I don’t live in Dellwood, I don’t know anyone who does, and I’ve never been there. In fact I would still probably know nothing about the city if not for the recent controversy. Dellwood is one of the many cities to incorporate during the postwar flight from the City of St. Louis as more than 250,000 residents left from 1950-1970. Today, Dellwood has 5,025 people and covers a little more than one square mile. The racial makeup of the city is about 80 percent black and 18 percent white. It has a mayor and eight aldermen. The same ratio of representation in the City would yield 508 aldermen. Dellwood prides itself as having “2,060 single family dwellings. There are NO multi-family dwellings.”

Half of Dellwood’s budget is for its police department, made up of 16 officers. Like almost every government entity, Dellwood is having budget troubles and is looking for ways to save money. Like other St. Louis County municipalities have done by choice (Wildwood) or by County decree (Jennings), Dellwood’s administration decided to look into contracting its law enforcement services to St Louis County Police. And drama ensued.

The Dellwood police chief was forced out and replaced by a St Louis County lieutenant. Some residents came out in support of their police department and demanded a vote of the people. Some residents embraced the idea, saying that response times from Dellwood were too long and that anyhow, St. Louis County police usually responded in their part of town rather than Dellwood officers. Four of Dellwood’s aldermen have refused to attend meetings for more than two months in protest. Without their attendance, a quorum isn’t met and thus city business cannot be carried-out. The city is operating off of last year’s budget. Two city employees have been laid-off and road projects have stalled.

And it’s getting uglier. Accusations of intimidation of residents in favor of contracting out the police were leveled. Some Dellwood police officers have found new jobs in anticipation of the contract, and in their absence St Louis County has taken on a bigger role in Dellwood. As the veil has been lifted with more St. Louis County Police involvement, an audit revealed that numerous cases were never referred to the county prosecutor by Dellwood police. The mayor recommended firing three officers for not cooperating with the investigation. They accused the mayor of racial discrimination. Officers also report that they could not be consistent in their work because there were virtually no written policies. 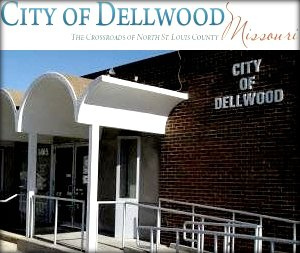 Now to the big picture. This drama exemplifies the failure of our fragmented region. Have the residents been well-served by having their own police department for their little city? Is spending half their budget on law-enforcement been worth slow or non-existent response and un-referred cases? Are the officers able to carry out their duties professionally and consistently without written policies from their city administration? How steady can officer morale be if a tight budget or new administration can lead to the dissolution of the whole department? The St Louis County Police are well regarded and more cities should consider contracting police services from them.

Now many will say, “Well, never in my town.” Or, “Those are just problems typical of the City, that’s why I don’t live there!” Again, if this problem were a specific ward in the City of St. Louis, then the City would own the problem. Somehow, St. Louis County largely avoids ownership of the problems of its municipalities. Even worse, some will say, “That’s what happens when a town is 80 percent black.” But as we’ve seen time and time again with just a little scrutiny, all sorts of unpleasantness comes to light all around the county’s numerous municipalities. The idea that City is corrupt, inept or dangerous, and the County somehow different, is quickly disappearing. From St. George to Jennings, from Brentwood to Kinloch, we’re seeing that much goes on behind the obfuscation of 90 fiefdoms. These incidents reflect badly on all of us. It’s time for introspection and we should ask: Is this really the best way to govern ourselves? Which municipality will be next, and when will St. Louis County get itself in order so that the region can move forward?

Economics in Brief: SNAP Gets Largest Boost Ever Under Biden