Greensboro, North Carolina, Is the Host City for Next City’s National 2020 Vanguard Conference

Greensboro, North Carolina, Is the Host City for Next City’s National 2020 Vanguard Conference 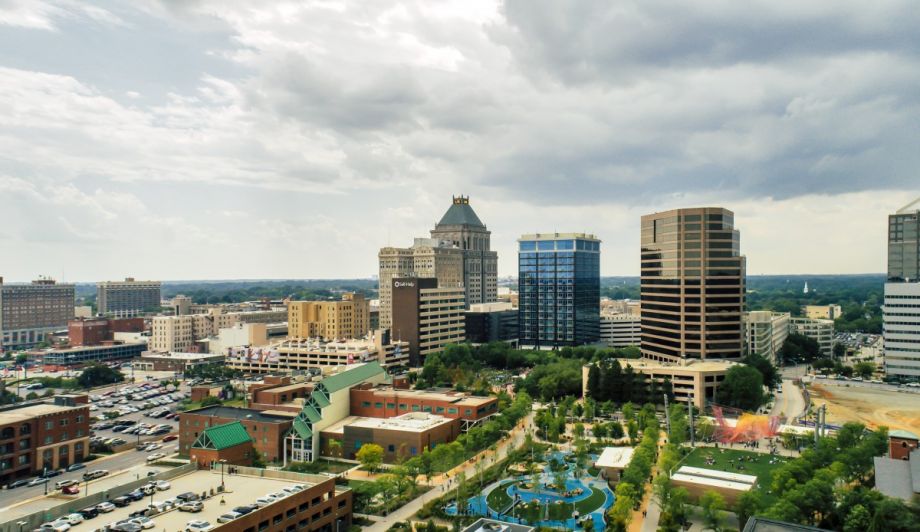 The state’s third-largest city, Greensboro is known for its seven colleges and universities (a quarter of the city’s population is made up of college students), its proud history in the early days of the Civil Rights movement, and its successful reinvention from a tobacco and textile town to one that offers a progressive, diversified industry base.

“Action Greensboro is excited to host the 2020 Next City Vanguard Conference in our progressive, welcoming Southern city,” said Cecelia Thompson, the executive director of Action Greensboro. “We cannot wait to show off what we’ve done to help our city and our diverse residents thrive, and build strong connections with our peers from cities across the country. We look forward to working with the Next City staff to leverage our community’s unique assets. As a 2013 Vanguard, I know first-hand, the impact the Vanguard Conference makes on the individual participant and the host city.”

“We are looking forward to hosting the Next City Vanguard National Conference and the opportunity to showcase Greensboro’s growing energy and vibrancy to a select group of rising urban leaders in a collaborative effort between Downtown Greensboro Inc. (DGI), Action Greensboro and the City of Greensboro,” noted DGI President/CEO Zack Matheny. DGI is a sponsor of the conference.

Established in 1808 and named after the Revolutionary War general Nathaniel Greene, Greensboro established itself as a textile manufacturing hub. Today, Greensboro is still a center of the textile industry, but has taken steps to attract businesses in nanotechnology and transportation. Its vibrant downtown is home to new parks, museums and art galleries, and a non-profit community makerspace. The heart of downtown is also home to the International Civil Rights Center & Museum, formerly the Woolworth’s store where four black students sparked the nationwide sit-in movement.

Greensboro is not without its challenges. The poverty rate in the city is higher than the national average, with the African-American population more likely to live in poverty than other races. The city must take steps to ensure it is uplifting, not ignoring, its most marginalized residents.

“For years, Greensboro leaders have traveled to learn what our peer cities were doing. Now we get the chance to showcase the best of Greensboro – from our diverse community collaborations to our creative and entrepreneurial hubs — to the emerging urban leaders from around the country and the world,” said Greensboro Mayor Nancy Vaughan. “It will be a great opportunity to show off our city.”

Next City’s Vanguard program brings together 40 rising urban professionals working to improve cities. Solving urban problems means working across divides and breaking silos, so Vanguard convenes professionals across sectors, including architecture, art, civic technology, community development, entrepreneurship, government, transportation and urban planning. Each year, Next City selects applicants whose smart ideas for cities, experience in the field and ambition for the future all show great promise. The conference is free.

Past Vanguards have worked for the Obama administration, founded successful city-focused startups such as Ioby and Fundrise, held municipal office, and climbed the ranks of influential organizations such as the Brookings Institution, the Urban Institute, Citi Group, Code for America, the National Trust for Historic Preservation, Transportation Alternatives, Smart Growth America and the University of Chicago. Many come back to participate in subsequent conferences. (To learn more about our Vanguard network, visit our interactive Vanguard map.)

With more than 400 Vanguards participating over the last ten years, Next City has created a program that advances the nonprofit’s mission to inspire social, economic and environmental change in cities through media and events around the world.

The four-day Greensboro conference will include workshops, tours and conversations about the newest innovations and most pressing questions in urban development, infrastructure and public policy. Vanguards will have the opportunity to work with organizations in the city to devise solutions to local challenges. The program will culminate in the annual Next City Big Idea Challenge.

“If we want more equitable cities, Next City has always believed we must bring together people from across the silos that sometimes separate our movement,” says Lucas Grindley, executive director of Next City. “Next City’s journalism convenes urbanists from transportation, economic development, philanthropy, the arts, and more. And the Vanguard Conference itself is the manifestation of our journalism in action. In Greensboro, Vanguards will see first-hand an impressive example of cross-sector collaboration for change that I hope informs their work long after the conference.”