Celebrate 15 years of impactful journalism, the release of a special edition magazine, and hear our plans for 2019! 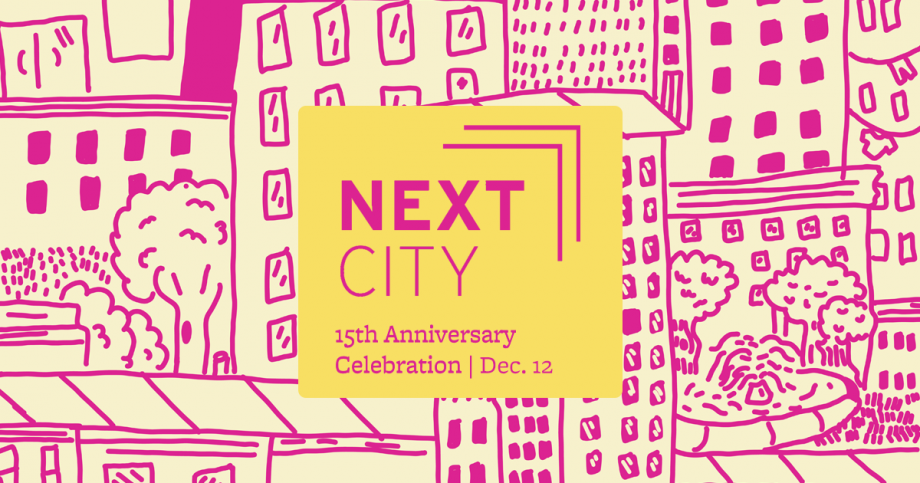 This year marks the 15th anniversary of Next City!

In 2003, three pioneering Yale grads — Adam Gordon, Seth A. Brown, and Anika Singh Lemar — looked around for media coverage of cities and found it sorely lacking. They decided to do something, and with help from a network of volunteers, they founded a magazine originally called The Next American City.

Of the magazine’s launch a decade and a half ago, The New York Times wrote, “Let others of their generation produce the next killer computer code or breakthrough indie film, this group believes that the road to global transformation runs through the realm of — get ready — housing, transportation and land use policy. Non-wonks may scoff. But these three young thinkers… ask epic questions.”

Next City became a nonprofit journalism organization that had motivated and informed those doing the work of social, economic and environmental change in cities. For 15 years, Next City has raised up stories of solutions, helping spread them from one city to the next.

To commemorate 15 years of impactful journalism, we are publishing our first print magazine since 2012, a special report titled “15 Best Solutions for Cities,” and hosting a party in our home city of Philadelphia on December 12.

Join our network of sources, supporters, and allies at the Bok Building for a night of revelry, including cocktails, hors d’oeuvres, and your opportunity to talk with people who care about the future of cities to share ideas. You’ll be the first to get a copy of the special edition magazine and hear our plans for 2019 from new executive director Lucas Grindley.

Our 15th birthday only comes around once, and Next City believes this milestone is the right time for those who have done this same work alongside us to also celebrate.