A Series of Uncomfortable Conversations: Breaking the Myth of Meritocracy

A Series of Uncomfortable Conversations: Breaking the Myth of Meritocracy

Hosted by Little Giant Creative, Next City and WHYY, the conversation will explore how race shapes Philadelphia. 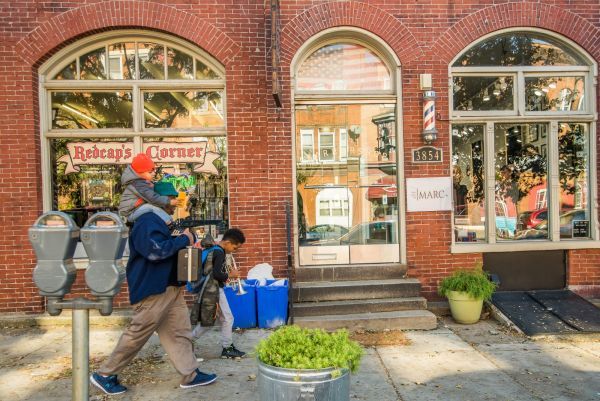 Local scholars, activists and community leaders will take an honest look at the trauma and profound loss created in communities of color by consistent exclusion and lack of access to resources through systemic methods such as redlining. The panel, hosted by Little Giant Creative, Next City and WHYY, will explore how historic and contemporary injustices play out in the nation’s poorest large city and one of its most segregated, with rates of poverty concentrated in majority non-white areas.

This panel series is part of A Dream Deferred and Philadelphia in Flux. The goal is to have real dialogue that works towards dismantling cycles that result from broken history, fostering greater understanding, and ultimately greater empathy.

There will be a reception with light refreshments and music following the discussion. Please RSVP. Space is limited. Please arrive early as this event will be first come, first serve.

ABOUT NEXT CITY’S PHILADELPHIA IN FLUX

Funded by the William Penn Foundation, Philadelphia in Flux is a public exploration of Philadelphia’s changing communities. Next City has decided to focus the series’ fourth and final public conversation on the role of race in shaping Philadelphia after a year of data-driven reporting on neighborhoods in transition revealed profound disparities across the city.

Through quantitative analysis of neighborhood change and interviews with residents, we saw how redlining and other systems of exclusion created and continue to influence the city we inhabit. In some formerly redlined neighborhoods, we found patterns of disinvestment continuing and poverty growing. Those areas remain predominantly home to people of color. In other once-redlined districts, we found decades of depressed real estate values giving way to a boom of new upscale development, growing white populations and decreasing levels of poverty. To fully understand changes afoot in our neighborhoods, we must reckon with the uncomfortable truths that define them.

Funded by the Knight Foundation and created by Little Giant Creative, the project uses art and technology to provide a contemporary, comprehensive and accessible narrative about the legacy of historic systemic racist policies and their continued reverberations.

An interactive exhibit will be available starting in September 2018 and sunset in November 2018. It will feature diverse touchpoints, including interactive screens with digital maps and timeline, art installation, a short documentary and a private confessional booth to capture personal stories and feelings evoked.