World’s Most Expensive Hallway Even More Expensive Than We Thought 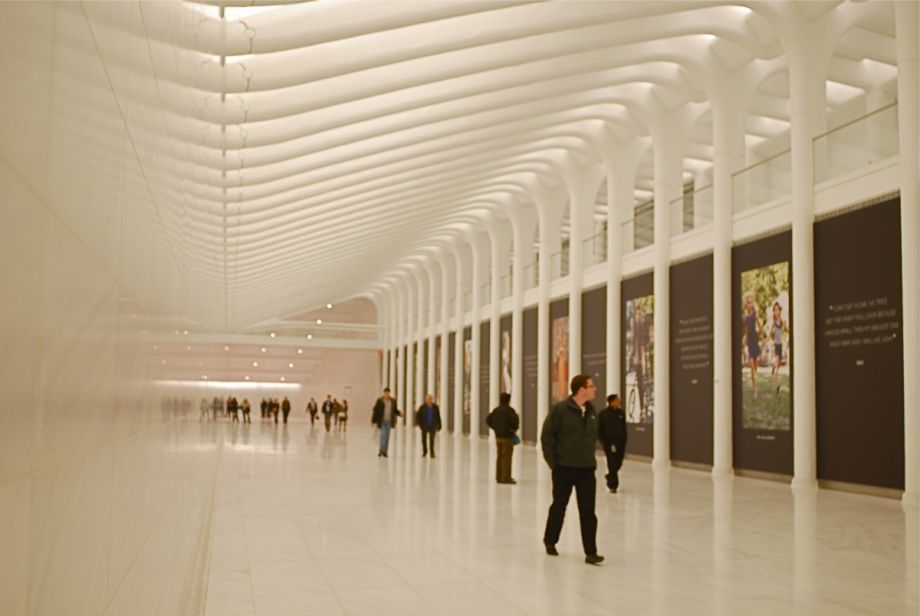 Last week, when the World Trade Center Transportation Hub’s “West Concourse” opened, we called it the world’s most expensive hallway, and pegged its cost — based on publicly available documents — at $100 million.

It turns out that number was way too low. According to a spokesperson for the Port Authority of New York and New Jersey, the final, total cost for digging and outfitting the underground pedestrian passageway has risen to “approximately” $225 million.

To put that into perspective, $225 million would buy an entire subway station and one kilometer of tunnel in most continental European cities. For the Port Authority, it buys a few hundred feet of elaborately designed underground hallway.

The passageway connects Brookfield Office Properties’ ailing Brookfield Place complex (née the World Financial Center) to what will soon be the $4 billion World Trade Center Transportation Hub, a flowery name for the PATH subway station that connects to Jersey City, Hoboken and Newark. It replaces the Vesey Street Bridge, which office workers used to cross the busy at-grade West Street, formerly the West Side Highway, for a decade.

The station and passageway were designed by budget-busting starchitect Santiago Calatrava, and narrowly escaped a cost-cutting attempt back in 2008. Eliot Spitzer’s Port Authority chief, Anthony Shorris, wanted to scrap the elaborate underground elements of the subway station — including this passageway, as well as others that have yet to open — in an effort to keep the project within its then-budget of around $2.5 billion. But Spitzer’s prostitution scandal forced him to resign, and when David Paterson assumed office, he and his Port Authority chief were more concerned with opening the World Trade Center memorial by the 10th anniversary of 9/11. The cost-cutting plan went out the window.

New Yorkers can access the hallway through the temporary PATH station at the World Trade Center. Just continue walking straight after you descend the escalator bank.