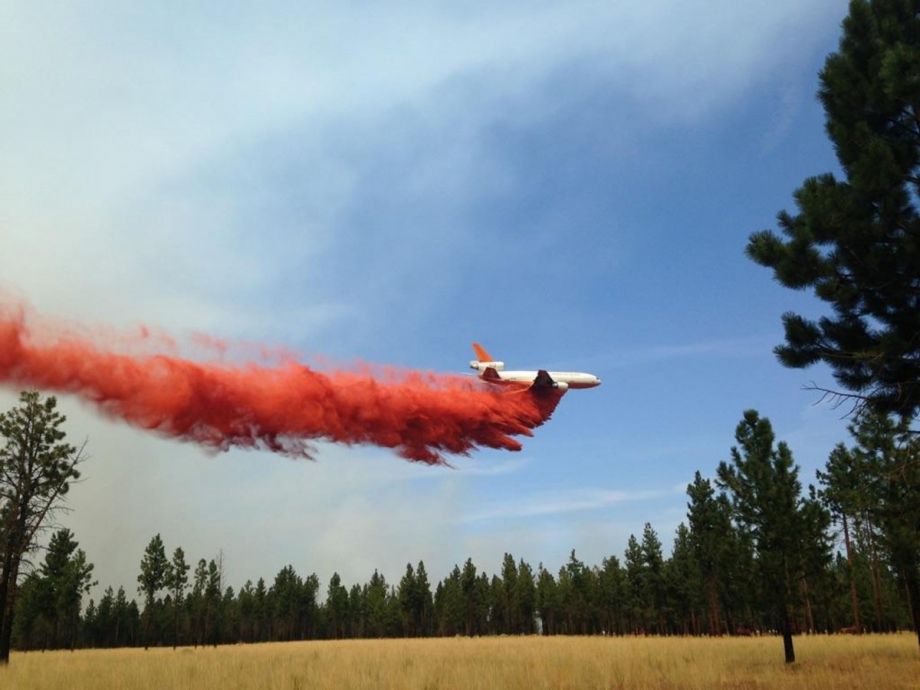 On Saturday, 600 residents were told to evacuate the small city of Sisters, Oregon, as firefighters worked to slow the eastern crawl of the Milli fire, one of several dozen large fires burning across the west this summer. In addition to threatening lives and property, wildfires and their smoke have forced thousands to flee their homes, blotted out views of the solar eclipse, darkened the skies of Seattle, and set ominous records in British Columbia. As the global climate changes, wildfire seasons have become longer and more intense, forcing cities in the West to rethink the way they prevent and respond to fires, and even how they develop.

Smoke from the Milli fire has drifted down to Bend, one of the fastest-growing cities in the United States, 20 miles southeast of Sisters in Deschutes County, Oregon. In 2015, Bend joined a program called Community Planning Assistance for Wildfire (CPAW), which is meant to help large and small cities in the West create plans for wildfire prevention and manage their growth with an eye on the wildfire threat.

“We’re surrounded by mountains and forests on one side and sagebrush and juniper on the other,” says Doug Green, a wildfire mitigation manager with Bend Fire and Rescue who previously worked as a city planner. “We’ve had wildfires out here historically.”

What concerns Bend and other developed areas of the West is not so much that fires will rage downtown, but the threat they pose in what’s known as the Wildland-Urban Interface, the outskirts of metro areas where human habitations are sparse but increasingly desirable. In the WUI, structures are at greater risk of damage from wildfires, but they’re also at greater risk of becoming the fuel that spreads fires farther. That’s why many cities require outlying property owners to create a ring of “defensible space” around built structures, areas cleared of certain vegetation and other materials that can easily fuel fire. Defensible space (not to be confused with the controversial urban design theory) is also meant to provide access for firefighters to approach a blaze while reducing the chances of property damage.

“Our theory is that your home should be able to defend itself even when you’re on vacation,” Green says.

But development can compromise opportunities for defensible space and other mitigation practices. The CPAW program encourages cities to amend their land use codes to build wildfire mitigation into their growth plans. In Bend, for example, the CPAW recommendations include adopting new development standards and approval practices for projects within the city’s urban growth boundary, which was recently expanded to allow more acres for development. These standards address things like building setbacks, landscaping, ingress and egress, and permitted uses. The recommendations also include creating an inventory of critical community-serving public assets in the city and assessing their wildfire risk.

According to Headwaters Economics, the Montana-based group that created the CPAW program, 60 percent of new homes built in the United States since 1990 have gone up in the Wildland-Urban Interface area. More homes are hit by fire annually, insurance losses are spiking, and the U.S. Forest Service spends more of its budget on firefighting, from 13 percent in 1995 up to 50 percent in 2015, according to the group. Headwaters estimates that 84 percent of the Wildland-Urban Interface is still undeveloped, and the amount of federal money spent on firefighting will continue to grow.

“The fundamental challenge with wildfire is there’s a real disconnect, because the land use decision is local but when things go bad, the consequence of that decision is borne by the federal taxpayer, and sometimes in terms of firefighter lives,” says Ray Rasker, the executive director of Headwaters Economics.

As Rasker outlined in an L.A. Times op-ed last summer, that disconnect creates the wrong incentives for cities to continue allowing high-risk development, knowing the federal government will handle the damage. Potential solutions include billing local governments for their share of firefighting costs, requiring risk mapping, and transferring development rights from high-risk areas to low-risk ones. Headwaters created the CPAW program to encourage cities to consider these things when thinking about growth.

Cities that do bear more of the cost for fire prevention and suppression tend to have the best land use plans, Rasker says. On the vanguard is San Diego, which inspects every property in the Wildland-Urban Interface on a rolling basis, and fines property owners who don’t comply with safety regulations. Eddie Villavicencio, San Diego’s assistant fire marshal, says that the city’s aggressive mitigation approach is a function of its geography. While San Diego is hugely fire prone, wildfires tend to start earlier in more northern areas of California, Villavicencio says. By the time San Diego is dealing with its own wildfires, many of the state’s resources are tied up elsewhere. And because it’s tucked into the far southwest corner of the country, it has no other neighbors to turn to for firefighting help.

The best opportunity to reduce fire damage risks is before a development is built. Doug Green says that in Bend, a new project called the Tree Farm has handled the growing wildfire risk well. It’s a super-high-end semirural development, but rather than subdividing the land into many-acre parcels, the developers — under encouragement from officials — clustered the homes on (still spacious) 2-acre plots in one section of the land. That has allowed them to simplify the system of access roads, which makes it easier on firefighters in the event of a blaze, while maximizing the amount of undeveloped space. That type of thinking may be an adjustment for homebuyers drawn to the wide-open spaces of the West, Green says, but it’s better than trying to fight wildfires around dozens of far-flung homes.

“Land use,” Green says. “That’s how we’re gonna solve this.”