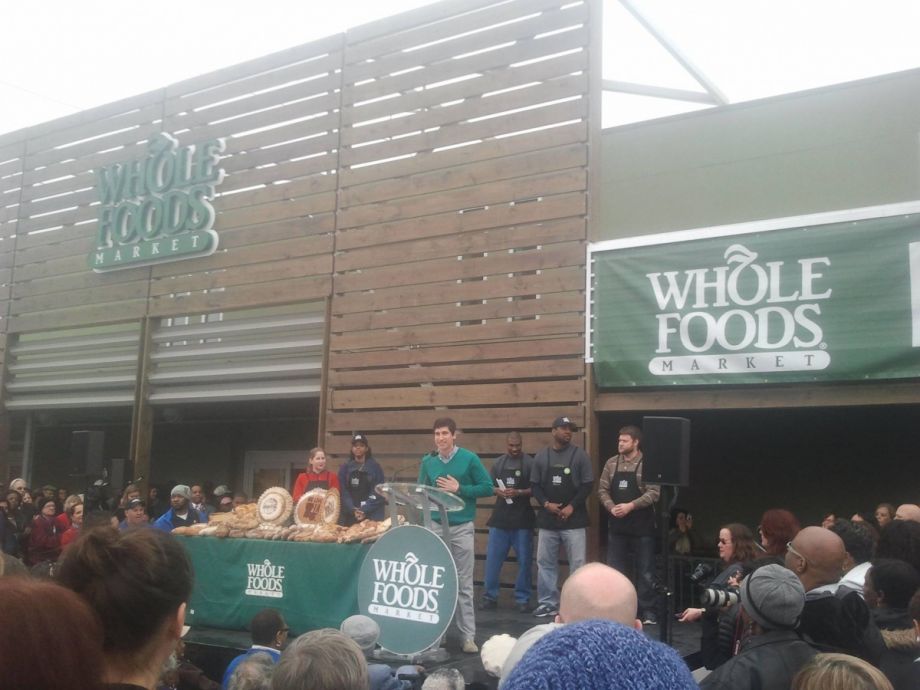 Conversations abound, some of them perhaps in dark bars, about what to do with abandoned buildings in urban cores. It’s less common when someone like New Orleans native Jeff Schwartz takes a pipe dream — transforming a vacant, 60,000-square-foot grocery store in the Mid-City neighborhood into a food hub — and makes it a reality.

Schwartz, 32, is executive director of Broad Community Connections (BCC), a non-profit working to revitalize a neighborhood marred by decades of disinvestment. On Tuesday, Whole Foods, the anchor of BCC’s ReFresh Project, finally opened its doors to customers.

ReFresh, which occupies a part of New Orleans where the median household income is $27,826 and 22.6 percent of residents are on SNAP, has many goals, from providing better food access to education. For this latest project, Whole Foods, Liberty’s Kitchen (a non-profit program offering culinary training to youth and meals to local public schools) and Tulane University’s Goldring Center for Culinary Medicine will occupy a former Schweggman’s grocery store, which has sat vacant since Hurricane Katrina. 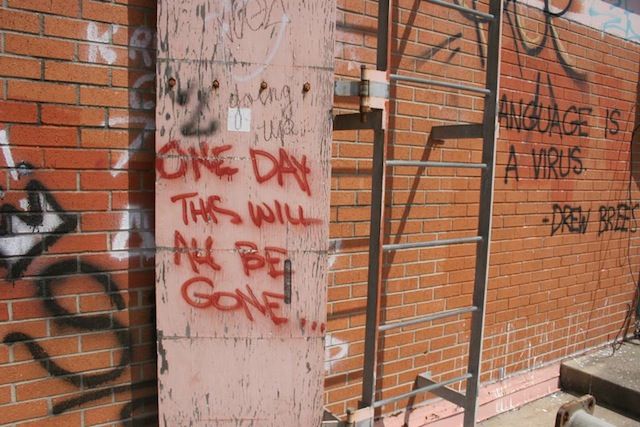 Whole Foods was the linchpin and name brand that tied the whole project together. But it almost didn’t happen. The Austin grocer balked at first. So Schwartz, an affable graduate of the city’s beloved magnet public high school, spent the majority of 2011 courting a dozen grocers. Then, in late December 2011, he scored an interview with the company’s co-CEO Walter Robb.

“I got dressed up in a suit for the first time at BCC. They all walked in wearing jeans and fleeces,” Schwartz told me. “I was like, ‘Okay, they’re more approachable than I thought they would be.” Schwartz and BCC expressed their vision for not only a grocer in an underserved area — something Whole Foods has been bullish on — but a broader food education effort. They wanted to make it a food hub for the entire neighborhood. It was an easy sell.

“That day, Walter [Robb] was like, ‘We’re doing it,’” said Schwartz, an urban planner who returned to his hometown to help with post-Katrina recovery after completing his degree at MIT in 2008.

The Broad Street Whole Foods will be the chain’s second store in the city. The first opened in 2002 in the city’s posh uptown shopping district, not far from Tulane University.

Broad Community Connections used various financing methods to make ReFresh a reality. Like the recently reopened Circle Foods in the Seventh Ward, the group received a $1 million loan from the city’s Fresh Food Retailer Initiative, half of which is forgivable. Another $900,000 comes from the New Orleans Redevelopment Authority’s Corridor Revitalization Program. Various streams of private investment (including Goldman Sachs and Chase) and, like many businesses in low-income areas, New Market Tax Credits (NMTCs) made the deal possible.

“Really, the biggest subsidy in the project was NMTC,” Schwartz said. (Goldman Sachs provided a $10 million NMTC allocation and Chase another $8 million.) “And Whole Foods, rather than keeping their money in their own sort of pot, they actually put their development dollars in with all of ours. That increased the amount of NMTC that we were able to get by over $1 million.”

Liberty’s Kitchen and the Goldring Center are set to open in the next two or three months. Liberty is already making 12 bulk food products daily for Whole Foods — part of the grocer’s focus on local products — which will drastically help increase revenues.

“Jeff has really built Broad Community Connections from the ground up,” said David Emond, Liberty’s executive director. “He’s been a real visionary and has been committed to this project from day one, when most people thought it would never really have a chance at all.”

Schwartz said he’s nut sure how heavily BCC might involve itself in future projects in the corridor — its hands are full with ReFresh — but hopes it will jumpstart other investments. “It’s going to have a significant impact in bringing people to Broad Street,” said Marla Nelson, associate professor and program coordinator of the Urban and Regional Planning Program at the University of New Orleans. That was Schwartz’s idea from the beginning

“We’ve always envisioned this project as being an anchor for small business development,” Schwartz said. “And we’d like to see some residential, preferably affordably or at least mixed-income development, in the rest of the corridor.”