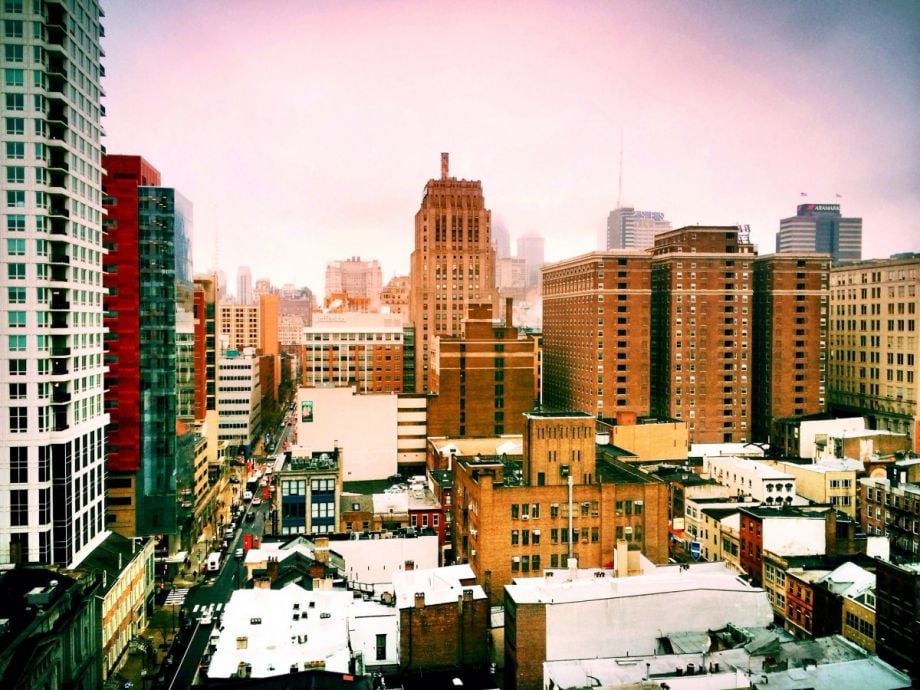 If you’re an immigrant running your own African hair braiding salon or grocery store in North Philadelphia, or a café just outside the city, you might have gotten a knock on your front door not too long ago from someone with the Women’s Opportunities Resource Center, or WORC. You might have been skeptical of them at first, which is only natural when a stranger walks in and says they’re here to help your business.

“Oftentimes the person doesn’t really trust you until you’re there for the third time,” says Mary Soldano, director of lending at WORC. “It’s all about trust-building within the community, to make sure we’re not people who are just going to come in and charge these outrageous interest rates.”

Not long ago, some of the businesses WORC was working with started asking about loans to buy the buildings where they had been renting space. But WORC was restricted to loans of $50,000 or less — it needed to step up its game.

So, like more than a hundred other nonprofit lenders before them, they turned to the U.S. Small Business Administration’s Community Advantage 7(a) Loan Initiative, giving them access to federal guarantees on loans up to $250,000. WORC was approved to join the Community Advantage initiative in December 2018, and Soldano is working right now with pending borrowers on the paperwork for its first Community Advantage loans. Meanwhile, the SBA currently has a moratorium on new applications to the initiative, which is technically still in pilot stage. (Congress has been deliberating whether to make the program permanent.)

“It’s really filling a gap in our funding, a lot of our business owners needed these size loans but still couldn’t get it elsewhere,” Soldano says.

By guaranteeing most of the loan amount, the agency theoretically encourages private lenders to lend to borrowers they might otherwise consider too risky. But the overall 7(a) program’s track record of supporting loans to racial and ethnic groups that have historically been denied access to capital leaves much to be desired. In FY2018, just five percent of 7(a) loans went to black-owned businesses, and just 9 percent went to Hispanic-owned businesses. Only 18 percent went to businesses whose majority owners were women.

One of the reasons for those low percentages, according to critics, is the program’s dependence on banks. Since 2010, the top 7(a) lenders are the usual suspects: Wells Fargo, JPMorgan Chase, Huntington National Bank, U.S. Bank, TD Bank, M&T Bank.

The SBA created the Community Advantage program in 2011 as a pilot program to allow smaller, mission-driven, nonprofit lenders like WORC to gain access to 7(a) guarantees to support loans up to $250,000. Most Community Advantage lenders, including WORC, also carry federal certification as Community Development Financial Institutions (CDFIs), meaning they have access to other federal funding as well as private dollars reserved for organizations committed to serving underserved communities.

“The difference [of Community Advantage] to me is about who it reaches,” says Connie Evans, president of the Association for Enterprise Opportunity, a nationwide network of 1,700 lenders and other organizations serving entrepreneurs from underserved neighborhoods. “By virtue of the fact [these loans] are coming from CDFIs, they have a better opportunity in reaching and meeting the needs of business owners of color and women-owned businesses because that’s their target market.”

As a pilot program, Community Advantage is currently set to expire in 2022. In its September 2018 announcement of the moratorium on new Community Advantage lender applications, the SBA cited an uptick in default rates as reason to re-evaluate the program. The House Committee on Small Business held a hearing in May 2019 about the program’s impact, limitations, and the possibility to make it permanent.

While most Community Advantage lenders are not inexperienced with small businesses or small business lending, it’s still been a steep learning curve for nonprofits with limited staff to meet the SBA’s requirements first as lenders and then for each specific loan. Soldano has been on a crash course for the past few months, learning at the same time she’s starting to prepare two, maybe three borrowers who are interested in taking out a new loan from WORC to buy the buildings where they’re currently renting space.

“We originally projected doing four to six Community Advantage loans this year, but we’re scaling that back to two to four after realizing how much work each loan is,” says Soldano.

She’s already found some helpful nuggets buried deep in SBA documentation. For example: 7(a) loans typically require a ten percent down payment, which would be a major obstacle for WORC’s borrowers. But if the purpose of the loan is to acquire a property, payments made under a lease-to-purchase agreement between the business and the current landlord can count toward that ten percent.

“Which is why as soon as I find out a person wants to purchase their building they’re in, we have a board member who helps the client figure out a lease-to-purchase agreement,” Soldano says.

If the borrower is planning to do renovations to their space, any money spent on those renovations can also count toward that ten percent, as long as the renovations happen within six months of putting in the loan application to SBA and everything is properly documented. Minus any renovation costs or lease-to-purchase payments, the down payment amount then has to sit dormant in a U.S. bank account for at least three months upon submission of documents to SBA.

“That’s going to be another barrier,” says Soldano.

Mixed-use properties with ground floor retail can also be challenging. All but one of the prospective Community Advantage borrowers in WORC’s pipeline are in mixed-use buildings with apartments on upper floors. But at least 51 percent of the square footage of a property purchased with an SBA-guaranteed loan must be used for business purposes.

“There are some cases where the basement counts as usable square footage if that’s where they keep their inventory,” Soldano says. “Or say the entrepreneur lives on the second floor and there’s an office space they use for their business … There are some clever ways to deal with that, but they just have to be clearly documented.”

In learning how to navigate the SBA’s rules and regulations, Soldano says it’s been a huge help to have an experienced 7(a) lender recently join WORC’s loan advisory committee — Lynn Ozer, whose full time job is head of SBA lending at Fulton Bank, based in Lancaster, Pennsylvania. It’s not uncommon for nonprofits to hire a consultant at an hourly rate to help navigate these rules for their first few loans. Ozer instead donates her time, and Fulton Bank can also get credit for it on the bank’s next Community Reinvestment Act examination.

Even after putting in the work to learn the SBA rules, WORC still has another hurdle to cross: actually finding the money to make loans. WORC’s current loan portfolio is just under a million dollars — and most of that remains reserved for loans under $50,000. Soldano says they have the cash on hand to do about two Community Advantage loans between now and September. They’ll have to fundraise to meet their goals of four to six loans in 2020, and six to ten in 2021.

“That is going to be very hard to do unless we raise the funds we need and get more staff on board,” she says.

Making the Community Advantage program permanent — or at least extending it past its current 2022 expiration date — would certainly help with WORC’s fundraising.

“We agree there should be some tweaks to this program as every other program,” Evans says. “[But] we believe the Community Advantage program should be permanent.”