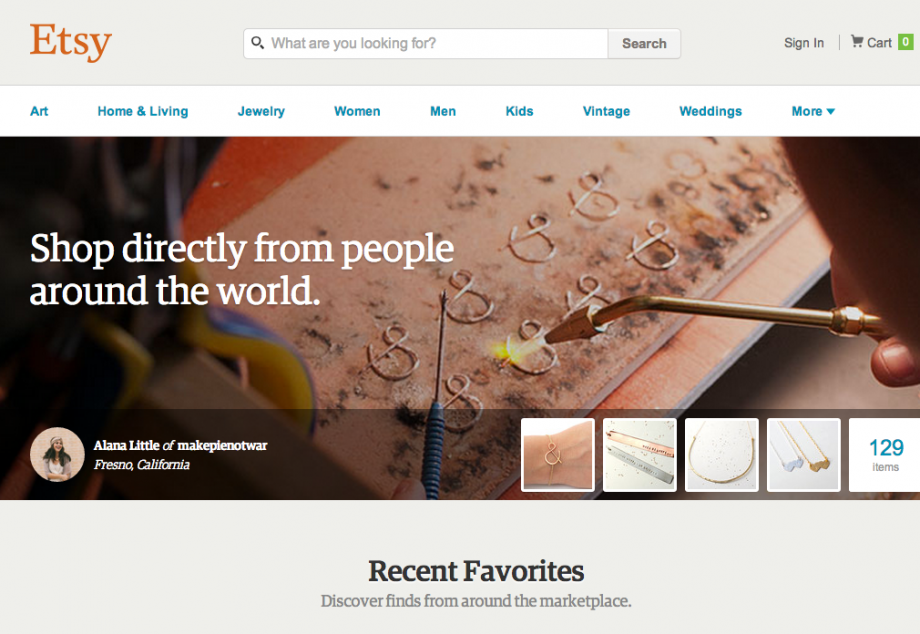 “Etsy is not a sharing platform,” says Denise Cheng. “There are transactions going on.”

Denise Cheng has an appeal to make about the phrase “the sharing economy”: It has few merits, and you should probably stop using it. The term, which has come to serve as an umbrella that covers everything from Uber to bike-share to online crowdfunding efforts, is, as Cheng sees it, a loser on two fronts. First, its connotations threaten to turn off a wide swath of people who might otherwise be involved in or intrigued by some of the new economic models popping up all over. And second, it risks alienating the lawmakers and regulators who might otherwise be amenable to the driving idea that life can be less wasteful, more efficient and even more fun. Cheng presented her case at the recent inaugural SHARE conference in San Francisco and posted her slides on the blog of MIT’s Center for Civic Media, where she has been a researcher.

Cheng isn’t alone in her quest to rebrand what’s afoot, and to do it as quickly as possible, emphasizing that once an overarching way of talking about all this takes hold, it will become enormously difficult to think outside its confines. Those like Jeremiah Owyang and Rachel Botsman are making the pitch for “the collaborative economy,” in part because it creates an opening for existing corporations that might be willing to explore less resource-dependent and more collaborative ways of working — BMW’s experiment with short-term electric car rentals in San Francisco, for example — but for whom “sharing” suggests something not quite compatible with bottom lines and annual corporate reports.

Cheng, for her part, would rather that we focus on “peer-to-peer marketplaces,” or even better, “the peer economy,” particularly as a way of focusing attention on what’s different right now about new ways of distributing access to rooms, cars, goods, what have you. That term might not capture all that’s relevant, says Cheng, but she’s okay with that. (An admission or a defense: In these parts we, for better or for worse, tend to use the phrase “the sharing economy” as a catch-all, but generally render it between quotation marks.)

“Sharing,” she explains, “is an ideological term.” And yet, “only a small slice of people are drawn to it” — the quote-unquote sharing economy — “because of ideology. They’re drawn to it because they need money. Maybe they stay with it because of other reasons, reasons that compound over time,” such as reducing waste or boosting a sense of community, “but the initial reason still exists. It’s still a worthwhile income-generating opportunity.”

She’d like us also to move away from calling the people involved “sharers,” as sometimes happens. Providers is her preference. “Etsy is not a sharing platform,” she says by way of example. “There are transactions going on, somebody selling something to somebody else. There is commerce happening.”

“The peer economy,” she suggests, subsumes whatever ideology might be at work without ignoring it completely, and that’s a good thing, she says, because there are positive values being played out.

The rise of the sharing economy is, says Cheng, “a hopeful point for people who think things have been really wasteful for quite a while. And it’s an expression of a connection that has been lost in our very industrial-based society that emphasizes the individual unit rather than the community.” At the same time, it’s hardly a rejection of individualism. Rather, she says, it’s an embrace of the idea that “you can be independent without being disconnected.” That it has merit, she says, is reason enough to worry about branding. Values-driven language “is not going to be a selling point when it comes to marketing it to people who have other concerns,” like paying rent or putting gas in the car.

“Sharing” seems also to have a lose-lose effect among elected leaders and regulators who are quickly whipping up rules to govern what’s taking place. One possibility is that they shy away from it because it suggests a rejection of commerce. Another possibility is similarly dead-ended: They embrace the broad-brush term because it’s “sexy sounding” but in doing so they’re throwing their weight behind very little. It’s all quite unproductive, warns Cheng. She points to colleagues in the urban planning world who, she says, are finding themselves a bit annoyed that the sort of bike distribution schemes, carpooling plans and optimized parking-spot calculations they’ve been working up for years have been co-opted. These are core transportation issues, she says, and they deserve the proper attention and individualized advocacy as such.

Attending the SHARE conference earlier this month reaffirmed for Cheng that there’s a problem. There was a strong desire to draw a connection among all the various things attendees were up to in the collaborative space, but at the end of the day there was much talking past one another, says Cheng, with short-hand standing in, poorly, for substance. “If everything keeps getting muddled the window will close, and we’ll end up with ridiculous regulations in this entire area,” she says. She suggests that people interested in the field do the heavy lifting of defining what they’re talking about in real time, each and every time, at least at first, driven by the belief that there’s enough happening in this space to warrant the hard work.