We Need To Think Broader About Human-Centered Design – Next City

We Need To Think Broader About Human-Centered Design 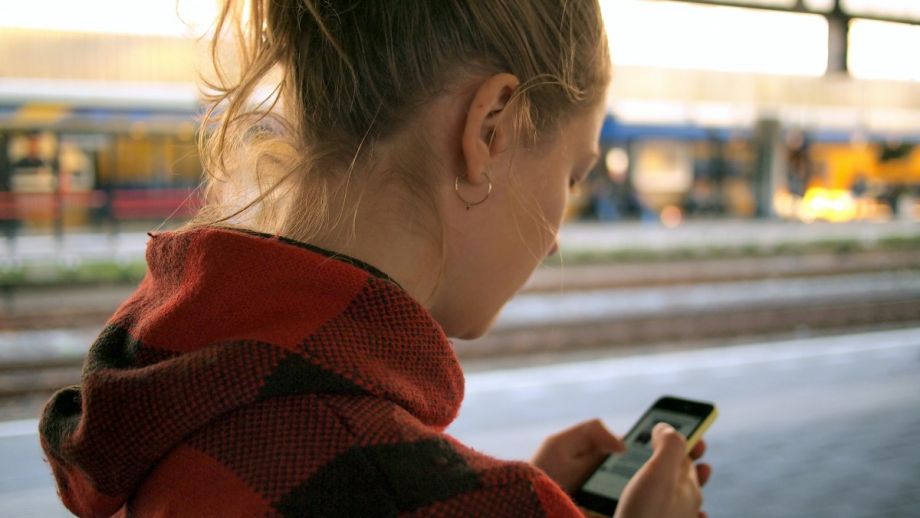 Often, proponents of human-centered design think about making change by streamlining a process or building an easier-to-use form or app. (Photo by Daria Nepriakhina on Unsplash)

Editor’s Note: This is an excerpt from We the Possibility: Harnessing Public Entrepreneurship to Solve Our Most Urgent Problems by Mitchell Weiss. In it, Weiss, former chief of staff to Boston Mayor Thomas Menino, talks about human-centered design, its promise and its limitations. Often, proponents of human-centered design think about making change by streamlining a process or building an easier-to-use form or app. But as Weiss shows, sometimes human-centered designers need to think even more broadly.

On a late afternoon in 2014, Jimmy Chen walked into a food- stamps office in Brooklyn, New York. He remembers arriving at 3:30, or maybe it was 4:00. Closing was at 5:00. He walked up to the person staffing the entrance and said he wanted to apply for assistance. He remembers that she laughed at him. He recalls her saying that there was already a two- or three-hour wait, that most people wouldn’t be seen today, that if he wanted to be seen the same day, he should come back in the morning. Chen returned the next day at 9:00 a.m., when the office opened, and waited only forty-five minutes, though he expected he wouldn’t qualify for the benefits anyway.

Chen also filled out applications in several other states, where he wasn’t a resident.

Chen asked mothers how to navigate the application process. He went to their living rooms and peered into their lives. He asked them how they secured benefits for their kids. But he had none.

Chen wasn’t eligible for food stamps. But he wasn’t a fraudster. What was he doing then?

A few months prior, Chen had left a senior role in Silicon Valley. He had parlayed a degree in software engineering from Stanford into roles at LinkedIn and then at Facebook, where he built technologies that reached hundreds of millions of users around the world. Now he had left San Francisco for Brooklyn, with a vague plan to build a startup that helped people startups weren’t reaching. But he took with him a sense that understanding user experience was the key to building effective products. So when Chen decided to go looking for ideas for helping low-income Americans, he decided to go looking for low-income Americans. New ideas are why Chen was waiting for food stamps he didn’t need and couldn’t get.

While Chen was on Bergen Street in Brooklyn, public officials around the world were pounding the table for new ideas, and were mostly looking for them around that same table. But not all of those officials. An emerging type of leader was harnessing a set of techniques to get well beyond the reach of established agencies and even that of so-called experts. Such leaders were turning toward their own citizens, using the kind of techniques that Chen had learned, to try to identify the right problems to solve and the right solutions. They were looking to the crowd, using the web’s technologies and ethos to take up “wiki government.” They were providing pizzas and power outlets for weekend-long hackathons, enlisting weekend warriors in the pursuit of solving public problems. They’d begun to earn both praise and skepticism for these approaches, but nevertheless a new breed of public servant was dumping old, insular traditions. The first-term mayor of St. Paul, Minnesota, Melvin Carter, told me, “my best ideas are in other people’s heads.”

Chen and colleagues set out to build a company called Propel to “make America’s safety net more user friendly.” Their first product was a benefits-enrollment app. The Propel team pulled this early tool from a bucket of user-engagement techniques that, at the time, were still only lightly utilized by people inside public office. The team had spent time in Supplemental Nutrition Assistance Program (SNAP) offices. They’d downloaded and completed application forms themselves. They had noticed things—like how many people waiting in the same line Chen was were on their mobile phones. He looked into the data, which told him that in New York City only 74 percent of eligible people were using SNAP; also that smartphone use was on the rise among low-income populations and that 45 percent of low-income Americans went online primarily with their phones, compared with 34 percent of Americans in general. He had gone to a supermarket in Philadelphia on a December day and found that most of the shoppers were enrolled in SNAP there, and watched a woman (with her permission) as she checked her balance by entering a nineteen-digit number from memory into her phone … something she did almost every day. “We had thought enrollment was a major hurdle, but from talking to people, we came to think that there were a lot of issues with the actual delivery of the SNAP program,” Chen said. A shift in insight about what the problem was (from it’s hard to enroll to it’s challenging to use) had prompted a shift in the targeting of the solution.

Chen had grown up in a family of immigrants. He’d been through times when finances were tough. But then he’d spent time in Silicon Valley, where he felt distant from the problems he was trying to uncover and fix. “A twenty-five-year-old male has technology to meet his every whim. But who is building the technology for the fifty-year-old single mother on food stamps?” he asked. And then he went to meet her, and people facing similar circumstances. He sat in their living rooms and watched them shop, so he could.

Across the world, there have been blooming efforts to bring these kinds of “human-centered design” practices squarely into the public sector. The UK’s Policy Lab was established in 2014 and has worked to bring “people-centered design approaches to policy making.” Andrea Siodmok is the deputy director there. Siodmok and Policy Lab’s head, Vasant Chari, told me their job was to “bring the outside into government” in order to “bridge the gap between evidence and the art of possible.” I spoke with them after they’d undertaken an effort to help the United Kingdom’s housing minister address social-housing issues, on the heels of the Grenfell Tower tragedy that had killed seventy-two people. The lab engaged a thousand citizens around the country in conversations about their fears and frustrations and needs. These kinds of efforts have been a large part of the United Kingdom’s other government redesign undertakings, including its Government Digital Service. In the United States, 18F, an agency charged with helping federal agencies better meet user needs, has dozens of blog posts on how to bring design-thinking methods into government.

The increasing prevalence of these practices means there is also a growing body of practical advice for how to design with the public, including from Cyd Harrell and Kavi Harshawat:

· If you’re wondering where to start, look for workarounds, and watch what people do.

· Write down your assumptions about the problem ahead of time. Be alert to them, but don’t push them on your interviewee.

· Find people for whom the need is important, where it is important. “Target citizens with a need this hour.”

· Be open about the kind of confidentiality you can and can’t provide. Note any waivers required. Be honest about the time you expect to need from them.

· Having done that, don’t be shy about capturing videos, photos, etc.

· Offer reassurance. Often citizens have been evaluated or tested in way too many contexts. Assure them, “This is not a test of you.”

The world was now filling up with ambition and practice and advice for going to citizen “users” for new ideas, so I set out to try these tools myself. I wanted to retrace some of Jimmy Chen’s tracks. I wanted to understand better why he’d gone to that SNAP office and what to make of it and what it might mean amid this wave of citizen- centered design I was witnessing. I decided in the summer of 2019 to go back to the same office where Chen had spent much of his time and to try to do some of the customer discovery that Chen had done.

The office Chen had gone to had closed. I looked into why. The press coverage I found said it was because of the advent of technology: more people were applying online, so there was less need for offices. The irony of this was the first thing that struck me. People thinking like Chen had made it easier to access benefits from a computer but harder if you needed to do so in person.

Then a second thought occurred to me: whether the site had been closed, in part, because it had become politically toxic. Between when Chen had gone there and I tried to, something quite sad had happened.

In the winter of 2018, a mother had been sitting on the floor there with her crying infant, trying to comfort him. She was told she wasn’t allowed to sit on the floor. She insisted that this was the only way to comfort the child. Eventually, the security team there tried to lift her off the floor and ultimately pulled her screaming baby out of her arms. The video went viral, and it’s incredibly hard to watch. New York’s mayor, Bill de Blasio, had to apologize. I wondered whether that also had something to do with why the office on Bergen Street was gone.

I also thought about an alternative universe, one where when a mother is sitting on the floor with a crying baby, it isn’t security guards who approach her but instead design thinkers, who sit down next to her and begin to ask, respectfully, why? I wondered whether—if given the opportunity to ask—they would have generated a whole list of things to try that would have had nothing to do with dragging her out of there. After a conversation with her and others like her, maybe they would have arrived at a list of new problems to tackle and new ideas for doing so.

Maybe the problem to address isn’t seats at SNAP offices but childcare, which is prohibitively difficult to access in the United States. Or maybe we should have toys for kids at the office. Or a TV showing Curious George, like a dentist’s office might. Maybe we should create a special unit that enrolls people for SNAP at their own houses, or a mobile team that helps them just after they’ve dropped their kids at daycare. Or maybe we should create different kinds of seats. Bleachers. Or lofts, like in a dorm room. Or maybe we should create a mobile app (like Chen did). Or maybe none of these things, but something else that makes applying for SNAP easier and that some- day has a hope—and I realize this is a giant leap from better seats and forms—of lifting people out of poverty. But that’s the exercise, and I was struck by how different that would be from what governments normally do, how generative it would be. If that’s what the human-centered designers were aiming to bring about, I was warming to the idea.

Reprinted by permission of Harvard Business Review Press. Excerpted from WE THE POSSIBILITY: Harnessing Public Entrepreneurship to Solve Our Most Urgent Problems by Mitchell Weiss. Copyright 2021 Mitchell Weiss. All rights reserved.

Mitch Weiss is a Professor of Management Practice in the Entrepreneurial Management unit and the Richard L. Menschel Faculty Fellow at the Harvard Business School. Prior to joining HBS in 2014, Mitch was Chief of Staff and a partner to Boston’s Mayor Thomas Menino.