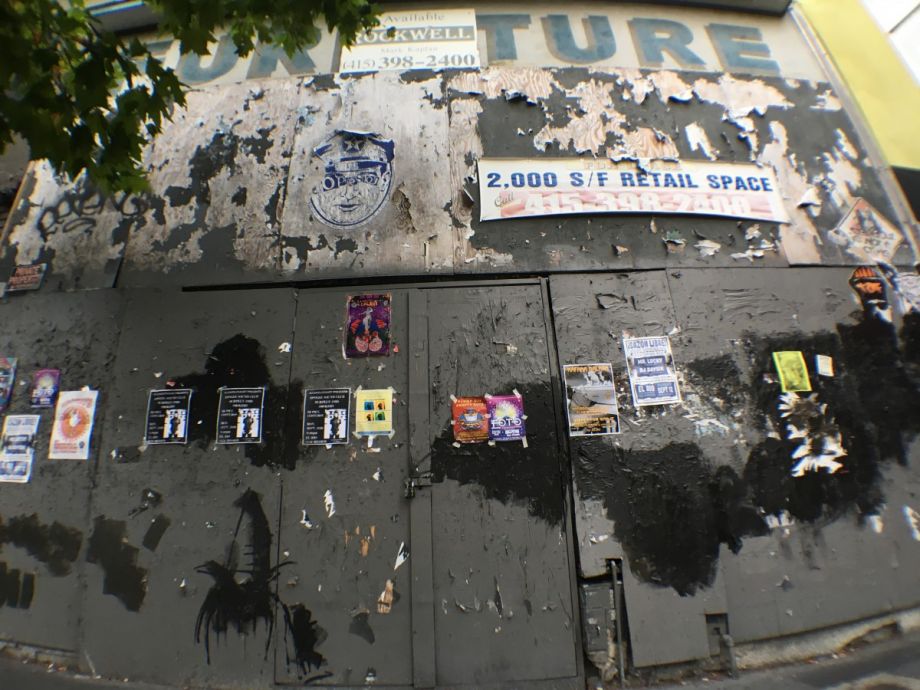 If Louis Cornejo could fill every San Francisco storefront with a local business owner, he would. He’s made a living doing that. In fact, made an entire company out of doing that — fifteen years ago he founded the brokerage firm Urban Group Real Estate, one of the few brokerages in San Francisco that specializes in serving the notoriously picky retail market.

Sometimes Cornejo represents tenants looking for space to lease, sometimes he represents landlords looking to lease a space or sell their building. In either case, it’s about matchmaking.

“A landlord hires me, they tell me here’s my vacant space, my first job is to think what type of tenant would love this location,” Cornejo says. “If I’m a successful agent, I’m not actually looking just for vacant space, I’m looking for the right location. The business owner has to believe in the location. If the person doesn’t feel like their customer base is there…”

Cornejo trails off, because the implication is that obvious cliché, “location, location, location.” There are some commercial corridors, like Hayes Valley, where Cornejo has a waiting list of tenants looking for a space right now. But there are other spaces Cornejo says he couldn’t give away because the location just wasn’t right. And those corridors change over time, especially with the rise of online retail but also Yelp and social media as a draw to brick-and-mortar spaces, particularly restaurants — not to mention the dramatic shifts in who can afford to live in San Francisco.

In such a meticulous business of matchmaking retailers with storefronts, Cornejo has seen waves of vacancy come and go as tastes and neighborhood demographics change. But concern over high rates of vacant storefronts in certain neighborhoods has put a storefront vacancy tax on the ballot for San Francisco voters in March. The tax has broad support from San Francisco’s Board of Supervisors, its local legislative body, and support from some long-established community-based organizations.

Last December, Cindy Wu came to speak at a rally to save Caffe Sapore, a beloved community hub in the North Beach neighborhood. According to local reports, the cafe’s landlord told the cafe owner that the cafe’s lease would not be renewed beyond 2019. Wu is deputy director at Chinatown Community Development Center, an organization whose roots go back to 1977 in San Francisco’s Chinatown, which is just south of North Beach.

“What I said at the rally was, both Chinatown and North Beach have been recognized by the American Planning Association as great neighborhoods, and institutions like Caffe Sapore are really important to that fabric of the neighborhood,” Wu says. “You need to have gathering spaces to build community, in order to have an identity as a neighborhood. That’s what we all love about these neighborhoods.”

Wu tells of a recent organizing effort that used the cafe as a base, saving a local family from eviction.

The rally couldn’t save Caffe Sapore, at least not in that location. The cafe did end up successfully applying for relocation assistance from the city as a legacy business. It’s anticipated it will reopen somewhere nearby.

It isn’t clear what really happened and why Caffe Sapore’s previous landlord decided not to offer a lease renewal. But Wu, whose organization owns 34 properties in and around San Francisco’s Chinatown, suspects speculation in San Francisco’s red-hot real estate market makes dollar signs hard to resist for landlords.

“The economic boom that we’re in may give landlords unrealistic expectations of the rents that they should be receiving. Some landlords then just put profit ahead of stability,” Wu says. “There are good, stable commercial tenants that have successful businesses and want to continue running, but this hyper-economy that we’re in maybe confuses landlords into just wanting to pursue the highest dollar.”

Chinatown Community Development Center is supporting the proposed storefront vacancy tax, and has been working on it with the tax’s primary sponsor, Aaron Peskin, who represents Chinatown and parts of North Beach on San Francisco’s Board of Supervisors.

Under the ballot initiative, slated for a March 3 vote, the storefront vacancy tax would apply only in the city’s established “Neighborhood Commercial Districts,” which the Board of Supervisors also recently voted to expand from 28 to 40 such districts — in anticipation of the storefront vacancy tax. Intended to discourage long-term vacancy while allowing for some turnover, the tax would work like this: Starting in 2021, any retail storefront that’s been vacant for at least 182 days gets taxed an extra $250 per linear foot of street frontage for the first year of vacancy. The tax goes up to $500 per foot in the second year, and $1000 per foot each year after that.

There are some exemptions, such as for nonprofit property owners like Chinatown Community Development Center or the Mission Economic Development Agency.

“We are supporting the vacancy tax, especially because there’s a carve out for nonprofits,” says Karoleen Feng, director of community real estate at Mission Economic Development Agency.

Feng says her organization has been seeing lots of owners along Mission Street raising rents for long-term tenants — forcing those tenants to move.

“We’ve seen that turnover happen dramatically and we think it’s why we’ve seen a lot of the vacancies,” Feng says. “So we think having the vacancy tax and having … the owners think about the vacancy tax before they think one more time about increasing that rent, having that as a counterbalance might reduce the level of turnover in the Mission.” Separately, she says, the tax should also encourage owners to rent vacant storefronts rather than wait for a higher-priced tenant that may never come.

Mission Economic Development Agency owns 36 properties, all but one of which it has acquired since 2013. Cornejo has worked closely with them on many of those deals.

“I really enjoy working with Karoleen [Feng],” Cornejo says. “She brings the business side to the nonprofit, which is tough. Karoleen and her team, they’ve been able to balance it. I think that’s why [Mission Economic Development Agency] has pulled off what it does, it’s found balance.”

“Sometimes I feel policies are made based on the extreme cases and not the majority or general,” Cornejo says. “As the broker, you think I’d be excited that landlords are going to start leasing all these vacant spaces.”

He cites notoriously long delays on city planning department applications to move a certain kind of business into a certain kind of space, or to make key alterations to build out a space for a new tenant. The San Francisco Chronicle did a whole series last year, called Shuttered Storefronts, that cited some of these same barriers. Such delays could end up penalizing a landlord for a vacancy outside their control.

The city recognized those barriers even earlier than last year. In its State of the Retail Sector 2018 Report, the Office of Economic and Workforce Development outlined those challenges. “Nearly every interviewee commented on the impact of land use regulations and permitting requirements, both on business start-up and operations, and on the overall economic health and sustainability of [Neighborhood Commercial Districts],” the report said. “The length, complexity, and cost of obtaining permits may contribute to long-term vacancies by making it more difficult to open a business.”

Cornejo says that report squares with a lot of his own experiences. The permitting and licensing issues add one more layer of complexity — and frustration — to the already meticulous process of matchmaking tenants with locations.

The report authors interviewed a range of voices, including brokers (Cornejo wasn’t one of them) who agree that there might be certain cases where landlords are holding out for higher rents — but the brokers said those cases are not widespread, if they happened at all. Sometimes a landlord needs to raise storefront rent to pay off debts incurred to pay for city-mandated earthquake-proofing, for example.

“Sometimes those are the tough spaces that you see vacant for a long time,” Cornejo says.

A tax might affect some landlords, but Cornejo doesn’t see how it would much alter the basic challenge of matchmaking retailers and storefronts.

“Retailers, especially successful retailers, they don’t look for vacant space,” Cornejo says. “You identify the market where you want to be, you identify the block that would be the most likely for you to succeed and then you find a space in that location.”

If anything, besides speeding up the permits and approvals process for storefronts, Cornejo would like to see the city find ways to support more local financing options for the potential local buyers he has looking to acquire properties, whether it’s cafe owners, bar owners, nonprofits like Mission Economic Development Agency or local artists looking to open their own gallery. He’s even open to the idea of the city creating a public bank that would serve as a banker’s bank to strengthen local financial institutions.

“The local banks and credit unions know the neighborhood, they know the businesses,” Cornejo says. “They’re the lenders we prefer to work with.”