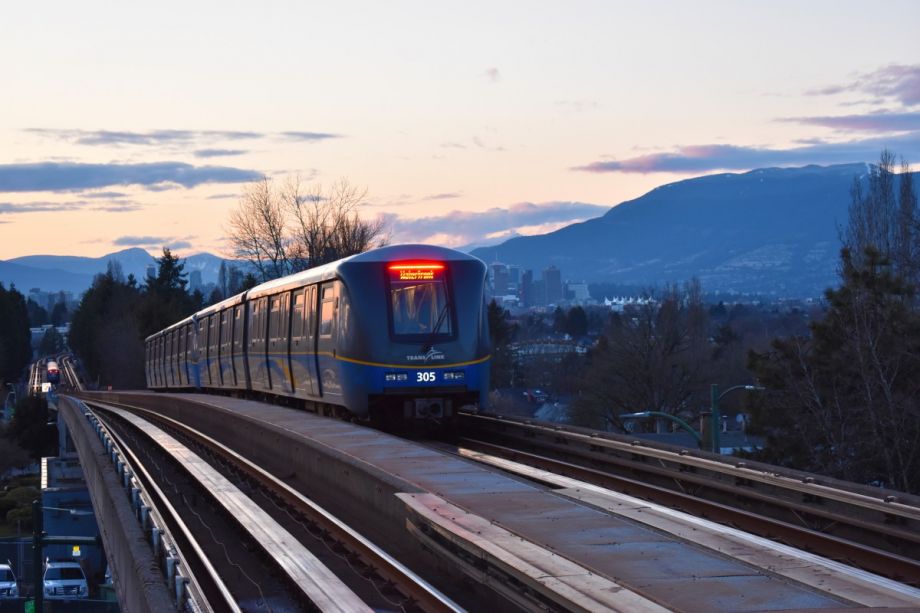 The Vancouver Skytrain. (Photo by Ana Iammatteo CC BY 2.0)

Four years ago, Linda Hepner, then the mayor of Surrey, British Columbia, pledged that her city would complete its first light rail line in four years.

Four years later, construction hasn’t even begun, and now her successor has pulled the plug on the project in favor of an extension of the Vancouver area’s SkyTrain automated light metro system instead.

Railway Age reports that Hepner’s successor as mayor of British Columbia’s second-largest city, Doug McCallum, asked the Translink Mayors’ Council to cancel the light rail project in favor of the SkyTrain extension via a vote of the Surrey city council Nov. 6. The mayors’ council obliged by voting Nov. 15 to suspend the project indefinitely and direct the council staff to prepare a report on how the SkyTrain extension could be built.

A report prepared for the mayors’ council noted that C$77 million (US$57.6 million) had been spent to date on preliminary work on the light rail project. It went on to note that were the project to be restarted within four to six months, additional costs would be minimal, but any longer suspension would require a new business case to be prepared. The region’s mayors voted to halt work on the project when Surrey Council voted to call it off on Nov. 6 in order to avoid incurring any additional costs.

The council estimates the SkyTrain extension through Surrey along Fraser Highway will cost as much as C$2.9 billion (US$2.17 billion). The light rail project’s estimated total cost at the time it was canceled was C$1.65 billion (US$1.2 billion).

Meanwhile, on the other side of the 49th parallel, ceremonial groundbreakings on Nov. 30 marked the start of construction work on light rail projects in two U.S. cities.

The larger of the two is the Southwest LRT project, which will connect downtown Minneapolis with the suburb of Eden Prairie. Metro Report International reports that the groundbreaking took place on the site of the line’s future storage and maintenance facility in Hopkins. The 14.5-mile (23.3-km) line will have 16 stations and operate as an extension of the existing Green Line. Work on the line will begin in earnest next year and last until 2022. Testing will then commence in preparation for revenue service in 2023. The Twin Cities Metropolitan Council anticipates receiving a $929 million Full Funding Grant Agreement from the Federal Transit Administration to cover nearly half of the line’s estimated $2 billion cost.

The other is the Orange County Transportation Authority’s Santa Ana streetcar line in southern California. That 4.1-mile (6.6-km) line will follow two city streets and a former Pacific Electric Railway right-of way from the Santa Ana Transportation Center to Garden Grove, connecting the OCTA’s busiest bus line with Amtrak, Metrolink regional rail and Greyhound bus service. Railway Track and Structures reports that the FTA signed off on a $149 million Full Funding Grant Agreement that, together with other Federal funds, will pick up more than half of this line’s projected $408 million price tag. Streetcars will make 10 stops in each direction. Testing and revenue service are both slated to begin in 2021.

There was also an inauguration of service on Nov. 30. That took place in Kyiv, the capital of Ukraine, where Railway Gazette International reported on the launch of the new Kyiv Boryspil Express train service.

Operated by national railway UZ, the new express train connects Pasazhyrskiy station in the city center with its principal airport. The route follows the Kyiv-Poltava main line to a new junction between the existing Chubynskiy and Boryspil stations, where a 4-km (2.5-mile) branch line now runs to a station near the airport’s Terminal D. Total cost of construction, which took all of nine months, was 480 million hryvna (US$17.1 million).

One track at Pasazhyrskiy and two waiting rooms are now reserved for the airport line and its passengers and equipped with ticket vending machines. Total run time from end to end is 38 minutes with one intermediate stop. Service will be provided hourly round the clock.