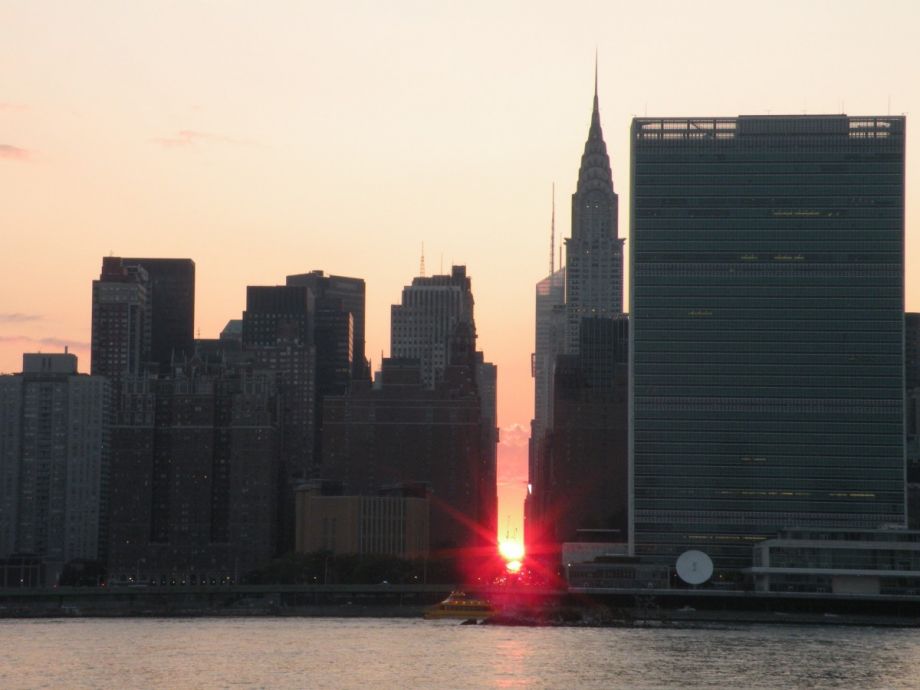 If the five biggest U.S. metros were all countries, they’d be among the top 30 largest national economies in the world. The New York City metro area would be the 10th largest global economy, just ahead of Canada. The Los Angeles metro area would be 18th, just ahead of Turkey. Chicagoland would be 22nd. When you take that into consideration, it starts to make sense that U.S. cities could themselves contribute a lot toward global aims like the United Nations’ Sustainable Development Goals (SDGs).

As reported Wednesday by Citiscope, a debate continues at the UN regarding whether a new “UN Urban” arm would be helpful to cities in achieving the SDGs or implementing the New Urban Agenda, a document intended to guide national and local policies on the growth and development of cities through 2036. But whatever the outcome of those negotiations, according to a report released today by D.C.-based think tank Urban Institute, U.S. cities are well-positioned and indeed already doing much of the work needed to achieve the SDGs.

“It started with just a set of questions,” says Solomon Greene, senior fellow at the Urban Institute and co-author of the report. “The first was, just generally, how relevant are the SDGs for city leaders in the U.S.”

There are 17 SDGs. One of them, Goal 11, focuses on cities: “Make cities and human settlements inclusive, safe, resilient and sustainable.”

Under each goal there are multiple targets. Among other targets, Goal 11 includes, “By 2030, ensure access for all to adequate, safe and affordable housing and basic services and upgrade slums,” and “By 2030, enhance inclusive and sustainable urbanization and capacity for participatory, integrated and sustainable human settlement planning and management in all countries.”

Greene and co-author Brady Meixell went through all 17 SDGs and all 169 targets under the goals to determine which ones were most relevant to U.S. cities.

“Broadly speaking, can city leaders and the public sector effect change in that space, through regulation, through incentives, through public education,” Greene says. “If you’re sitting in a mayor’s office looking at this, can you make change happen?”

Greene notes that they weren’t the first to analyze the SDGs in this way for cities. United Cities and Local Governments put out a joint report addressing a similar question looking across all countries signed onto the SDGs. But Greene hadn’t seen a similar analysis done specifically for U.S. cities.

The relevancy of each SDG’s targets to cities varied from 16 percent to 90 percent. Naturally, Goal 11 was the most relevant to cities.

Since the SDGs are all about tracking progress, the next step was to identify whether data exists at the local level for cities to be able to measure how they are achieving or lagging behind when it comes to the relevant targets. The co-authors defined “measurable” as being able to find “at least one publicly available data source that could be used to compare and track progress across the 100 largest cities or 100 largest metros in the U.S.”

In addition to federal agencies like the Census Bureau, the co-authors looked to data sources like PolicyLink’s National Equity Atlas, Reinvestment Fund’s PolicyMap, and the National Association of Counties’ County Explorer.

Of the 103 urban-relevant targets, the report found that 68 (or 66 percent) are measurable across the 100 largest U.S. cities or metros. They conveniently mapped these data sources to each target and provided the links in an SDG data inventory released along with the report.

Going a step further, they also looked into whether there might be data at the local level that isn’t always readily available — but could be dug up or compiled with some extra work.

“Once you add in those local data sources, you go from 66 percent of targets being measurable to over 80 percent,” Greene says.

Finally, Greene and Meixell looked at how the UN plans to monitor progress on the SDGs around the world. That framework was built mostly with national-level governments in mind, so it’s not surprising that only 19 percent of the official indicators are measurable in the largest 100 U.S. metros, according to the Urban Institute analysis.

“We argue that it’s important to preserve focus on targets themselves, but not try to use the UN indicator system as it is currently written,” Greene says, when it comes to mayors who want to measure where they stand with SDGs. U.S. cities aren’t alone in this disparity. Other countries, Greene adds, are looking to create their own ways of compiling indicators to show progress toward achieving SDGs. The official UN indicators just don’t seem to mesh well with available data for many countries and cities.

One of the recommendations in the report is for “civil society organizations and research partners [to] work with cities to develop a model local SDG indicator system to drive local decision-making and progress on SDG goals and targets.” Such a framework could be useful for knowledge sharing between cities in the U.S. and abroad, according to Greene.

“The big question we don’t answer in the paper is, right now with everything else that is on cities’ plates and the challenges of natural disasters, a very volatile political landscape, rising inequality, is how do you make the SDGs useful in solving those challenges,” Greene adds.