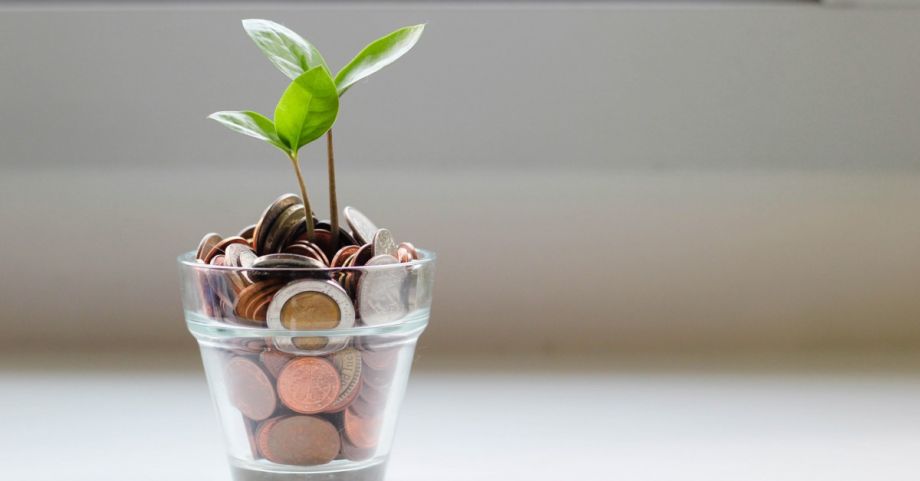 (Photo by Micheile Henderson on Unsplash)

The carnage that the Trump Administration leaves behind extends deep into the machinery of government, and not just at the federal level.

Like millions of homeowners have done over the past few years, state and local governments and agencies have also been refinancing their debts, locking in lower interest payments on previously-owed borrowings. Interest rates are at historic lows, so it makes financial sense. But the interest rate on refinanced state or local public debt would be even lower, if not for an obscure change to the federal tax code that was part of the 2017 Tax Cuts and Jobs Act.

In the second half of 2019 alone, state and local governments and agencies refinanced $40 billion in debt. The interest they’re paying now is lower than it was before refinancing, but not as low as it would have been without the 2017 tax code changes, which took away the federal tax exemption on interest earned from municipal bonds issued to refinance existing debt — known as advance refunding bonds. For a government’s advance refunding bonds to attract investors — who are no longer getting tax-free interest — it must pay a little more than it did, prior to 2017.

Shaving a few decimals off an interest rate may not seem like much. But the cash flow it frees up can ultimately help a school district in a small midwestern city avoid layoffs, or prevent further cuts to public transit service, or make repairs to keep the water flowing during a pandemic when washing hands regularly is essential for public health, according to Emily Swenson Brock, at the Government Finance Officers Association.

Brock is confident that in the first 100 days of Democrats in control of the White House and The Hill, the change can be reversed. But of course it’s just one of countless other priorities churning through the minds of her members — chief financial officers from the 79,000 units of state and local government, housing agencies, transportation agencies, school systems, universities, economic development agencies and other “sub-federal government bodies across the country.

On the immediate front, Brock has determined that 70,000 of those bodies are already eligible for some slice of federal aid that has already been authorized under the two COVID-19 relief packages passed so far. While she and many others are fighting for more, it’s a whole other battle just to get out what’s already supposed to be out there.

“It is absolutely crazy right now in terms of cities and water and transit systems and airports…to try to figure out number one, is there money available for them, and two, how to get it,” Brock says. “We’ve been having lots of conversations with transition teams just trying to make sure that they give us just administrative details that we can pass onto communities. That’s got to be one of the first objectives to just make sure implementation works.”

Part of the challenge is turnover. Every transition period faces this challenge, but this transition period has been especially challenging as cabinet secretaries started leaving almost as soon as the election results became clear in November.

But the exodus has long been in motion at lower levels, particularly at the Department of Housing and Urban Development.

“HUD has lost a lot of talented people the last four years,” says Maurice Jones, CEO at the Local Initiatives Support Corporation, the national nonprofit and lender for affordable housing and community development across the country. Jones also spent time as a Deputy Undersecretary at HUD under the Obama Administration.

“I would focus on trying to assemble the strongest cohort of talent from around the country,” says Jones. “You need people about housing, but you also need someone who knows how to manage large enterprises. When I was at HUD, including the contractors it was 10,000 people.”

For the top position, HUD Secretary, Jones is optimistic about secretary-designate Marcia Fudge, currently representing most of Cleveland, Ohio, as a member of the House of Representatives. “Even within the Democratic Party you have varying degrees of trust between the Hill and HUD,” says Jones. “But good thing is you now have a member of Congress who’s going to be the Secretary, so you have some promise there.”

Jones also echoes the urgent need to prioritize and strengthen the federal moratorium on evictions, rent relief and mortgage relief for all who have been affected by the pandemic. With a $500 million loan portfolio, LISC also has an interest in making sure the community development corporations and affordable housing organizations who are its main borrowers also stay afloat.

“There’s still a lot of work to be done to prevent homelessness from dramatically increasing as a result of the pandemic and recession we’re facing,” says Jones.

These first 100 days are also a key moment for the new Democrat-controlled federal government to start living up to rhetoric around racial equity thrown around during a summer campaign season that coincided with an unprecedented upswell in Black Lives Matter uprisings and a pandemic whose impact was felt disproportionately in Black, indigenous and other communities of color.

“My big interest is really around taking time to really assess the harm and the trauma that our current economic system has perpetuated on Black communities, doing a gap analysis around that harm and where are the specific opportunities in economic policy to shore up and start making restitution for those harms,” says Nathaniel Smith, co-founder and chief equity officer at the Partnership for Southern Equity. “You really can’t understand the medicine a sick person needs unless you assess the problem.”

As in every Congress since 1989, Democratic legislators this January once again introduced H.R. 40, a bill to create a commission to study the history of slavery in the United States and the systemic racism that resulted, including federal and state governments’ role in supporting it, and to “recommend appropriate remedies” to Congress.

Some of the staunchest racial justice advocates say such a commission promised by H.R. 40 would just be a delaying or watering-down tactic, especially since the 2020 publication of “From Here to Equality: Reparations for Black Americans in the 20th Century,” in which authors Sandy Darity and Kirsten Mullen argue for and layout a detailed roadmap including the cost of reparations to documented Black descendents of slavery.

Still, Smith says he would also like to see the federal government use its power of the purse strings to incentivize states and local governments to make restitution for their part in systemic racism.

“Within the context of economic policy including around cities, the utilization of poor peoples’ money has in many ways been one of the primary ways cities have grown and benefited people who are not poor, through stadium subsidies, tax increment financing, or paying for new infrastructure financed by bonds that their tax dollars pay off,” Smith says.

HUD is one of the only agencies that have ever had a rule that reflected a kind of thinking that federal spending dollars should come with strings attached that required recipient governments and agencies to examine their part in systemic racism and seek ways to reverse patterns of segregation they once encouraged or enforced. That rule, known as the Affirmatively Furthering Fair Housing Rule, was completely disregarded under the Trump Administration — often dismissed or mischaracterized as the rule to “destroy the suburbs,” a racist trope.

But Jones says the rule, rooted in the 1968 Fair Housing Act, could also use an update if it’s to be reinstated.

“It would behoove whoever comes in at this time to review those tools for relevance before putting them back in place,” says Jones. “We’re living in different times now than when I was there. Even if we hadn’t had a recession and a pandemic they would need to be updated. I don’t think you should simply go in and take what was taken off the table and just put it back in place.”

Meanwhile, Smith and others await further detail on how the rest of the federal government might take up part of the mantle of racial equity. No one expects a lot of progress in terms of impact on the ground, but after these past four years and especially this last year, the time for dipping toes in the pool of racial equity work has long passed. It’s time to dive full in, they say.

“No agency should be excluded from this,” Smith says. “All of them played a part in some way or another.”

And it’s all connected. Without the ability to issue tax-exempt advance refunding bonds to refinance existing debt, state and local governments would go into a new era of racial equity work with fewer cash flow management tools than they had when they were creating and perpetuating systemic racism.

“I really think we have significant energy and motivation around this in the first 100 days,” says Brock. “Nobody expected Georgia would happen the way it happened, and now that it’s happened, it’s real, and leadership changes, we’re all trying to figure out what are the new priorities. A lot of Democrats are looking at 2022 as an election year. They’re looking for things to have a quick impact. Restoring tax-exemption for advance refunding bonds is one of those things.”