How the Twin Cities Are Financing Immigrant Entrepreneurs – Next City

How the Twin Cities Are Financing Immigrant Entrepreneurs 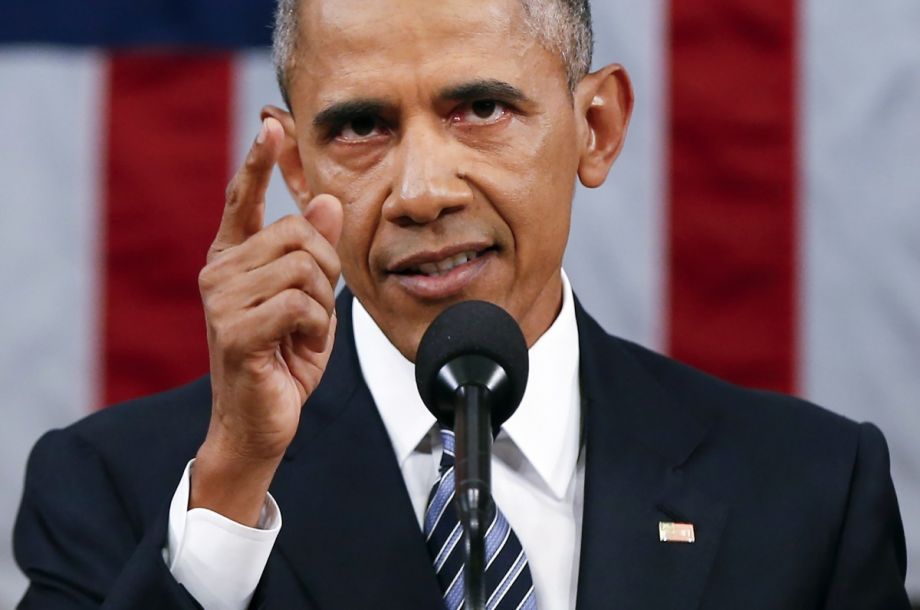 In his State of the Union address on January 12, 2016, President Barack Obama spoke of giving everyone a fair shot at opportunity in a new economy. (AP Photo/Evan Vucci, Pool)

In his final State of the Union address last night, President Barack Obama spoke of “extending America’s promise outward, to the next frontier, to more and more people.” He spoke of welcoming instead of fearing what’s new or what’s different. He spoke of giving everyone a fair shot at opportunity in a new economy.

“We’re every immigrant and entrepreneur from Boston to Austin to Silicon Valley racing to shape a better world,” the president said.

Obama never mentioned him by name, but he could have easily been talking about Abdirahman Kahin, who was watching from the gallery last night as a guest of Minnesota Senator Al Franken. Kahin was one of at least 16 Muslim Americans invited to the State of the Union as part of an effort organized by Reps. Debbie Wasserman-Schultz and Keith Ellison (the first Muslim member of Congress, also representing Minnesota).

Originally from Djibouti, a predominantly Muslim country in East Africa, Kahin has lived in the Twin Cities area for 19 years. He is the owner and operator of Afro Deli, which opened its first location in 2010, in Minneapolis’ West Bank neighborhood, next to the University of Minnesota campus. His East African-themed cuisine turned out to be a big hit, and Kahin opened a second location last year in downtown St. Paul.

He originally planned to be back in Djibouti this week, visiting with his mother and relatives, whom he hasn’t seen in nearly two decades. He postponed the trip till later this year.

“Africa can wait for me,” Kahin told the Southwest Journal, a local Minneapolis newspaper. “But this cannot wait.”

Foreign-born entrepreneurs like Kahin start one of every four new businesses in America, and the Twin Cities are currently one of the top locations (along with Philadelphia and Nashville) for immigrant entrepreneurs, according to the Americas Society/Council of the Americas. Kahin agrees.

“I think Minnesota is the leading state in terms of welcoming new immigrants,” he told Minnesota Public Radio. “I don’t think there’s a better place for immigrants to open their businesses.”

One big reason for that is the African Development Center of Minnesota (ADC). Established in 2003, ADC made its first business loan in 2005. As of 2014, the last year for which their audited financials are available, ADC had cumulatively made 176 small business loans, and had a current loan portfolio of around $1.5 million. In addition to its own portfolio, ADC also co-finances loans with partners such as the city of Minneapolis.

ADC tapped a variety of sources to finance the original Afro Deli location in Minneapolis, illustrating the array of resources available for creating opportunity where there wasn’t any before. It’s not perfect, and it certainly could be easier, but it’s not impossible.

For a big $120,000 initial loan to Afro Deli, half came from the city’s Alternative Financing Program, which provides small business loans in accordance with Islamic law, or Sharia.

Sharia prohibits paying interest, and Islamic financing has for centuries worked around it in different ways. In an oversimplified example, say you want to buy a truck for your business. If I’m your Sharia-compliant lender, I’ll buy the truck at market price and re-sell it to you at a small markup, but you’ll pay me in installments throughout the term of the loan. At the end of the day, it’s similar to a conventional loan, just without the interest-based calculation.

There are significant numbers of Muslim immigrants and refugees among Minnesota citizens of African origin, which is why ADC has always offered Sharia-compliant loans as well as conventional interest-based loans. It’s also why they were part of the advocacy effort in 2007 that made Minneapolis the first city in the country to offer Sharia-compliant small business loans.

The other $60,000 of the initial loan to launch Afro Deli came out of a $750,000 financial assistance grant to ADC from the U.S. Treasury’s Community Development Financial Institution (CDFI) Fund. The CDFI Fund is the agency responsible for certifying CDFIs, which are typically community-based organizations that provide lending as well as other financial and business development services in low-income and marginalized communities. Federal certification gives these organizations access to a variety of CDFI Fund programs designed to build their capacity and get them access to bigger pools of capital.

ADC was federally certified as a CDFI in 2008. Their grant came through the CDFI Fund’s flagship CDFI Program, which provides both financial assistance and technical assistance awards to CDFIs. In fiscal year 2014, CDFI Program awardees financed 9,388 businesses (and 28,617 affordable housing units). In the federal budget negotiated last year, the CDFI Fund as a whole received its largest ever allocation, $233.5 million.

For Afro Deli’s second location, so far ADC has invested $50,000 in loans through Small Business Administration programs and $10,000 that came out of a debt investment from a bank. Conventional banks like Wells Fargo and Bank of America provide huge amounts of capital to CDFIs, as loans made to them are eligible for Community Reinvestment Act credit; the credits help the banks when regulators are reviewing their applications for new branches or for mergers or acquisitions.

Financing small businesses, especially for those new to the country, should get easier, but President Obama’s optimism about the future of the economy is something he shares with Kahin.

“There are still challenges,” the entrepreneur told Minnesota Public Radio. “But there are more opportunities than challenges.”