Trump Threatens to “Send in the Feds” to Address Chicago Crime 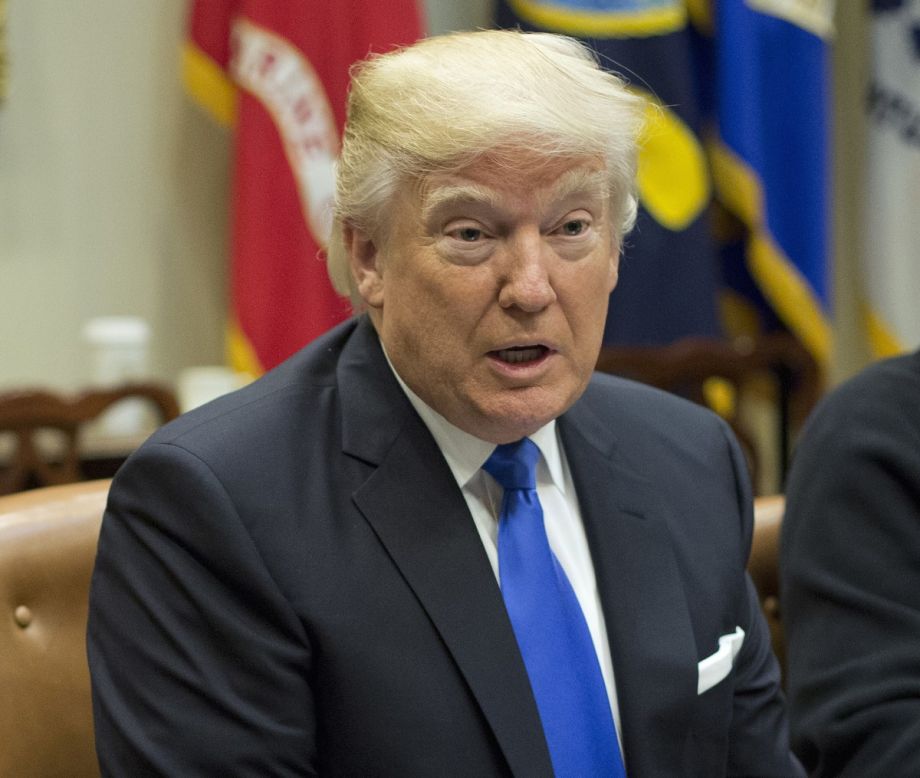 In a tweet Tuesday night, President Donald Trump threatened a federal intervention in Chicago if the city doesn’t “fix the horrible ‘carnage’ going on” and reduce its homicide numbers.

The tweet cites numbers from a Chicago Tribune article published Monday stating that there had been more shootings and homicides so far this year than by this same time last year. According to the Tribune, at least 228 people have been shot in 2017, a 5.5 percent increase from this time last year. There have also been at least 42 homicides in the city, an increase of 23.5 percent from the 34 homicides during the same period in 2016.

Trump has used Chicago as an example in the past when speaking about the need for tougher policing.

Chicago murder rate is record setting - 4,331 shooting victims with 762 murders in 2016. If Mayor can’t do it he must ask for Federal help!

As Matt Ford points out at CityLab, while Chicago’s homicide rate is far higher than the country’s other largest cities, many smaller cities, including Baltimore and New Orleans, have higher homicide rates. What’s causing Chicago’s rates to be so much higher than New York or Los Angeles, though, is still very much up for debate.

A spokesperson for Chicago Mayor Rahm Emanuel told The New York Times that Emanuel has spoken several times about how the federal government could help address the city’s violence, especially when it comes to working on gun control.

In a statement issued Tuesday, Chicago Police Superintendent Eddie Johnson reiterated the need for greater gun control: “As the mayor said just a few hours ago, the Chicago Police Department is more than willing to work with the federal government to build on our partnerships with D.O.J., F.B.I., D.E.A. and A.T.F. and boost federal prosecution rates for gun crimes in Chicago.”

The Chicago police released statistics Tuesday night that differ from those cited by The Tribune and Trump. A spokesperson said that 234 people have been shot, 38 of them fatally, in 2017, compared to 227 people shot, 33 fatally, during the same period in 2016. It’s unclear why the statistics differ.

What exactly Trump means by “send in the feds” is also unclear, but there is some precedent. In 2015, the Department of Justice began an investigation of the Chicago Police Department following the fatal shooting of 25-year-old Ronald Johnson on Oct. 12, 2014.

The investigation resulted in a stinging 164-page report on the department released earlier this month. The report cites rampant use of excessive force, particularly against black and Latino residents. The report also said officers’ foot chases too often end with unarmed individuals being shot, and that officers fail to de-escalate tense situations, often resulting in shootings that were avoidable. It describes the department’s pervasive “code of silence” that leads officers to lie to protect themselves and colleagues, meaning officers are rarely held accountable.

The department’s many problems have “helped create a culture in which officers expect to use force and not be questioned about the need for or propriety of that use,” the Justice Department said in its report.

In response to the federal investigation, Emanuel agreed to enter a court-enforced agreement with the Justice Department to enact sweeping police reforms. While Emanuel has made some changes in policing in recent months, the report says his efforts are so far insufficient.

The mayor told the Tribune earlier this month that he supported the federal investigation, but that the systemic problems depicted in the report don’t portray most cops:

“The incidents described in this report are sobering to all of us. Police misconduct will not be tolerated anywhere in the city of Chicago, and those who break the rules will be held accountable for their actions. Misconduct not only harms the individuals affected, it damages the reputation of the Chicago Police Department. At the same time, it is important to recognize that the incidents of misconduct cited in this report do not represent the values of the city of Chicago. And I believe firmly they do not represent the good work of the vast majority of the men and women of the Chicago Police Department, I said it earlier, who put their lives on the line every day.”