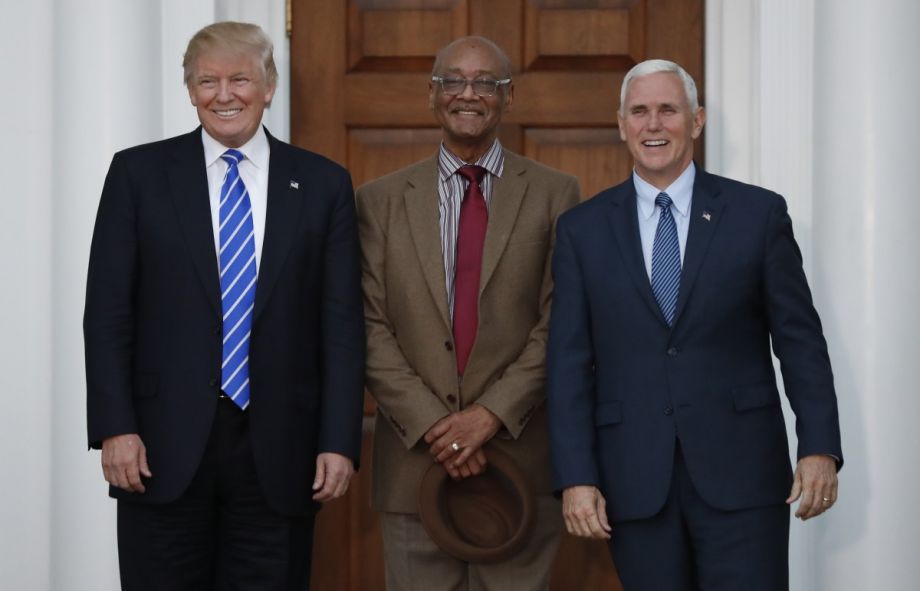 Fair housing rules, federal spending on affordable housing and more are at stake in President-elect Donald Trump’s pick to run HUD, a frequent target of Republican budget cuts. A few names have been floated for secretary so far, including former Massachusetts Senator Scott Brown and Westchester County Executive Robert Astorino. The Washington Post reported Friday that Robert L. Woodson Sr. told the paper he’s a candidate too. Woodson is the director of the Center for Neighborhood Enterprise in D.C. and adviser on poverty issues to U.S. House Speaker Paul Ryan.

Woodson has expressed skepticism about state-initiated poverty solutions and has been supportive of market-based interventions. The Center for Neighborhood Enterprise notes that he has received “both the liberal and conservative world’s most prestigious awards — the John D. and Catherine T. MacArthur ‘Genius’ Fellowship and the Lynde and Harry Bradley Foundation Prize.”

A black conservative, he has been critical of liberal leaders in the black community, like Al Sharpton and Jesse Jackson, and of their role in what he calls the “poverty Pentagon” — the social workers, counselors and others staffing anti-poverty programs.

“We’ve created a poverty industry, turned poor people into a commodity,” he told the Wall Street Journal in 2014. “And the race hustlers play a bait-and-switch game where they use the conditions of low-income blacks to justify remedies.”

The Center for Neighborhood Enterprise, which he founded in 1981, works to train and support neighborhood- and faith-based organizations to address issues in and design programs for low-income communities. In addition to focusing on a bottom-up approach, one of the organization’s three founding principles emphasizes the need for market solutions. “An effective approach to societal problems must be driven by the same principles that function in the market economy, recognizing the importance of competition, entrepreneurship, cost efficiency, and an expectation of return on investment,” the CNE’s website states.

Woodson told the Wall Street Journal that in neighborhoods where 70 percent of households are raising children outside of wedlock, CNE would “want to know what the 30 percent are doing right. How are they raising kids who aren’t dropping out of school or on drugs or in jail? We seek them out — we call them the antibodies of the community — and put a microphone on them, and say, ‘tell us how you did this.’”

Around 2013, Paul Ryan approached Woodson to help him understand what alternatives to traditional poverty-alleviation strategies existed. Woodson took him on tours of low-income neighborhoods across the country, and continues to be a close adviser to the speaker. Of the possible HUD pick, Woodson told the Post, “It’s fair to say that Paul wouldn’t mind having me there to work with them on all of this. … They seem to be very serious about it.”