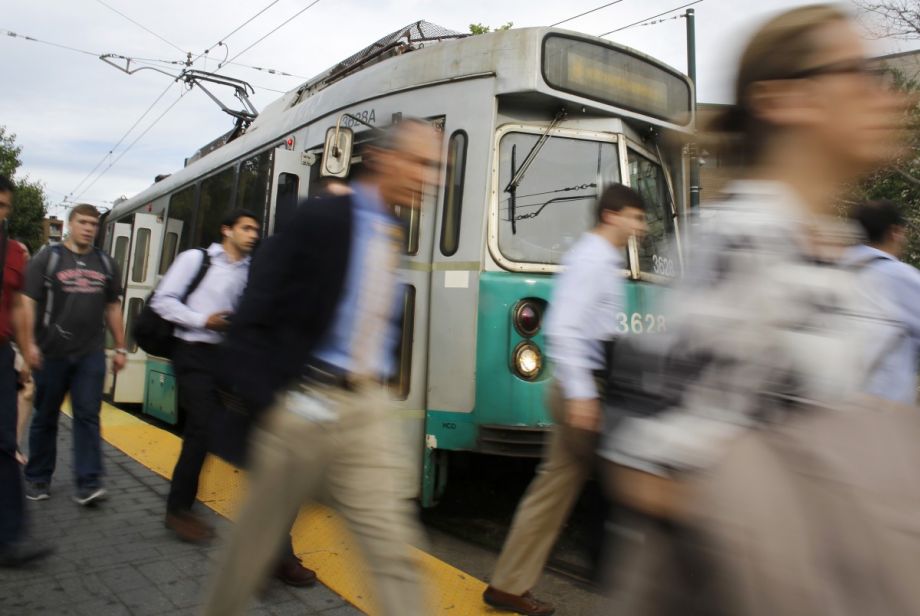 In winter 2015, record snowfall in Boston shut down the MBTA. The city’s transit agency couldn’t run any subways, trolleys or commuter rail for days, and it took weeks for the subway to return to full service. Amid the chaos, MBTA general manager Beverly Scott resigned, citing aging equipment and disabled trains. The incident cost the MBTA $40 million in direct costs and caused tumult among businesses and commuters that depended on the rail system.

In Washington, D.C., arcing insulators on tracks are causing twice as many track fires as four years ago, delaying and frustrating commuters. The transit authority has said it needs to shut down 20 stations (about one-fifth of the system) over the next three years in order to rebuild structurally deficient platforms, which have been degraded by “decades of exposure to weather and de-icing agents.”

When saltwater from Superstorm Sandy flooded nine subway tunnels in 2012, New York’s MTA was hammered with $5 billion in damages.

While extreme weather events can’t always be predicted or planned for, ignoring maintenance issues on transit systems comes at a significant cost, according to a new report from the American Public Transit Association.

Failure to invest in public transportation infrastructure, the APTA says, will cost the country some $340 billion through 2023 and result in the loss of 162,000 jobs. Last October, for example, the New York City Independent Budget Office, a nonpartisan agency, calculated that the dollar value of one morning of subway delays was $1.2 million a day. (The IBO multiplied the average hourly wage of an average subway commuter by the average number of delays. It admits that some people might just stay at work later to make up for the lost time, but that also means that commuters have given up some of their free time — an annoyance for the commuter at the least, if not a loss in productivity.)

APTA points to a case study in Chicago. The CTA manages a rail system (the “L”) and 1,800 buses serving 1,300 miles; it plans to spend $600 million a year over the next five years on reaching and maintaining a state of good repair while modernizing equipment. While the L isn’t perfect (its year-end report found that it missed its own target for rail delays four months out of 12), the APTA holds up the CTA’s modernization efforts as economic drivers; $1.9 billion has been invested within a half-mile of the Morgan Station since it reopened in 2012.

For the MBTA, however, the situation is less rosy: The transit agency has a $7-billion maintenance backlog and “it is…unclear whether and how MBTA will arrive at the revenue needed” to pay for it.

It’s not the only system that is struggling. San Francisco’s transit agency, SFMTA, needs $2.41 billion; SEPTA in Philadelphia estimates it needs $5 billion. In total, APTA said, public transit needs nearly $90 billion in investment to bring it up to speed.

Paying for all this will not be easy. President Trump’s infrastructure plan calling for $200 billion in federal funding is considered dead on arrival because it has “no bipartisan appeal and no actual path forward,” as Vox’s Matthew Yglesias wrote. States are often more financially constrained than the feds, so without federal investment, many of these infrastructure projects may have to put on the brakes.