The Record-Breaking Cost of the PATH Extension to Newark Airport 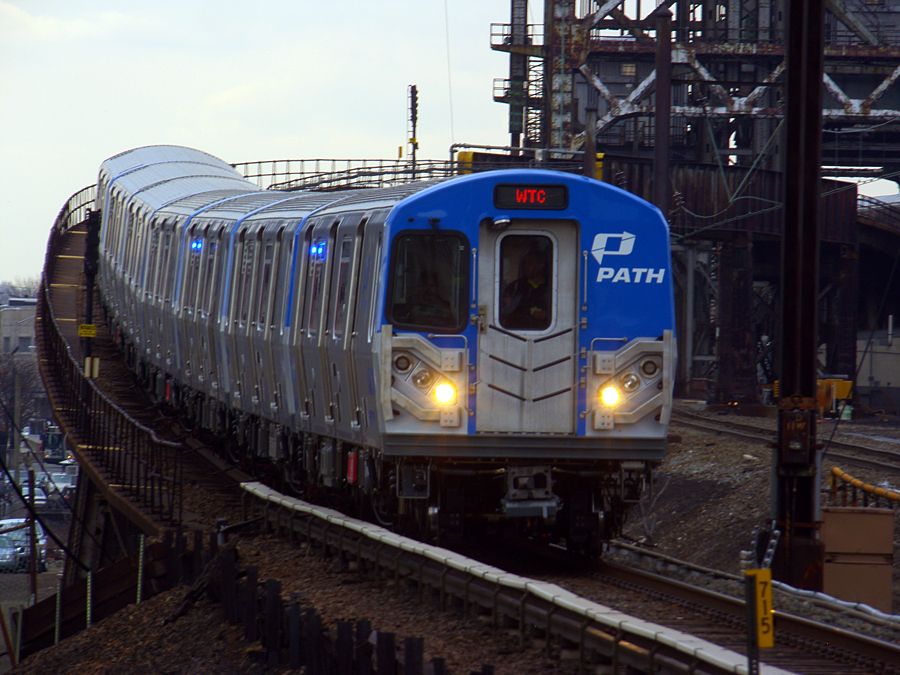 When the Port Authority of New York and New Jersey announced that its 10-year plan would likely include funding for a rail extension from Newark Penn Station to Newark Liberty International Airport, business and transit advocacy groups were overjoyed.

“For decades, elected officials, planners and advocates have talked about a one-seat ride from Lower Manhattan to our airports,” the Global Gateway Alliance, a group of business types who advocate for better regional airports, wrote in a press release. “Now the Port Authority, with the support of Governors [Chris] Christie and [Andrew] Cuomo, is turning talk into much needed action.”

There are reasons to question whether a heavy rail link to Newark Liberty is the best way to improve airport access. Furthermore, that “one-seat ride” is actually a two-seat ride at best, since you’ll still need to take the AirTrain to the terminals (and most New Yorkers don’t live within luggage-lugging distance of Lower Manhattan, anyway). But the decision appears to have been made. The Port Authority Trans-Hudson (PATH) train will go to Newark Liberty. Now, what remains is haggling over the price tag.

“Extending PATH from the World Trade Center stop directly to Newark Airport” — not a direct connection, but whatever — “is affordable,” the Global Gateway Alliance wrote. It may be affordable in the sense that the Port Authority can afford it (thanks, George Washington Bridge toll payers!), but by any reasonable sense of the word “affordable,” it is not. Far from affordable, the PATH extension to Newark Liberty may be the most expensive elevated rail project on earth.

Back in 2012, the project was estimated to cost around $600 million. Today, it stands at $1.5 billion. Why the increase in cost, before shovels have even hit the ground? We asked, but the Port Authority didn’t return our request for comment other than to say, “the preliminary cost numbers for PATH to [Newark Liberty] in the Capital Plan represent the latest estimates of [Port Authority] engineering staff.”

For $1.5 billion, the Port Authority expects about two miles of elevated railway that will extend from the PATH’s existing terminus at Newark Penn Station to the AirTrain station at Newark Liberty, from which air travelers will board the automated monorail to get to the actual airport terminals. (Nobody can quite agree on the length, with the Global Gateway Alliance calling it less than two miles and a Port Authority spokesperson suggesting it may be closer to 2.2 miles. A more realistic number is 2.6 miles.)

American transit construction costs have always been stubbornly high compared to the rest of the developed world. Maybe $1.5 billion for 2.6 miles of elevated railway is just what it costs in large U.S. cities?

Not even close. There have been four major elevated rail projects in the country over the past decade — three of which, coincidentally, involve airports — and all have a per-mile cost that’s half (or less) of what the Port Authority wants to spend on the Newark Liberty extension.

The most recent — so recent that it hasn’t actually happened yet — is Honolulu’s light elevated metro. For $5.2 billion, the largest city in Hawaii, a state not exactly known for its low costs, will get 20 miles of elevated railway. That works out to $260 million per mile, or about half the cost of Newark’s line. It should be completed in 2019, a few years before the PATH extension to Newark Liberty’s scheduled 2023 opening, but not so far in advance that inflation will make the project significantly more expensive.

Then there’s the Silver Line, an outward extension of the Washington Metro’s heavy rail network into northern Virginia, which will eventually reach Dulles International Airport and go a bit farther. Its cost is estimated at $6.8 billion for 28 miles, or about $240 million per mile. Again, half the price of what the Port Authority is paying. Over in Miami, a 2.4-mile extension to the airport that opened in 2012 cost taxpayers $506 million, or about $210 million per mile.

If you want to get really depressed about the PATH extension’s price tag, look to San Francisco. In 2003, the $1.5 billion (let’s call it $2 billion in today’s money) Bay Area Rapid Transit (BART) extension to San Francisco International Airport opened to the public. The project has been roundly criticized as an ineffective use of scarce transit funding — ridership has fallen dreadfully short of projections, and the design is a giant middle finger to Caltrain and anyone trying to get to the airport from Silicon Valley — but Bay Area taxpayers still got substantially more rail for their money than those in New York and New Jersey will get for theirs.

The BART extension involved 8.7 miles of new railway, of which 6.1 miles ran below ground, 1.2 miles were elevated and 1.4 miles were at-grade. Four new stations were built. The mix of elevated, subway and at-grade doesn’t make for an ideal an apples-to-apples comparison, but suffice it to say that the PATH extension will be at least twice as expensive on a per-mile basis as the BART extension, which was mostly tunneled but still ended up costing about the same as the lines in Miami, Virginia and Honolulu.

In the absence of any explanation from the Port Authority, we can only speculate as to the reasons for the PATH extension’s cost. Perhaps since the line is so short, the fixed costs are very high, bumping up the per-mile price tag unfairly? According to the Port Authority’s ten-year capital plan, the project will involve relocating a rail yard and making some adjustments to the current Newark Penn Station terminus. But if the fixed costs are driving the sticker shock, why not make it worthwhile by adding another station along the route in the Ironbound section of Newark, east of downtown? Or why not extend the line past the airport and into Elizabeth, N.J.?

The one-stop design and short length suggests that fixed costs like relocating the rail yard are not the main driver of costs, which leaves us with familiar explanations: Run-of-the-mill inefficiency, as well as the same reasons that drive costs east of the Hudson: Inefficient labor rules, poor contract design, poor oversight of contractors, and a whole grab bag of other issues.

Still, one thing seems likely: The PATH extension to the Newark airport will be, on a per-mile basis, the most expensive elevated metro on earth. Given the Port Authority’s proclivity for record-breaking costs — such the world’s most expensive subway station and office building (and most likely parking garage and underground pedestrian passageway) — maybe it shouldn’t surprise us.