The Often Overlooked Solution to Income Inequality – Next City 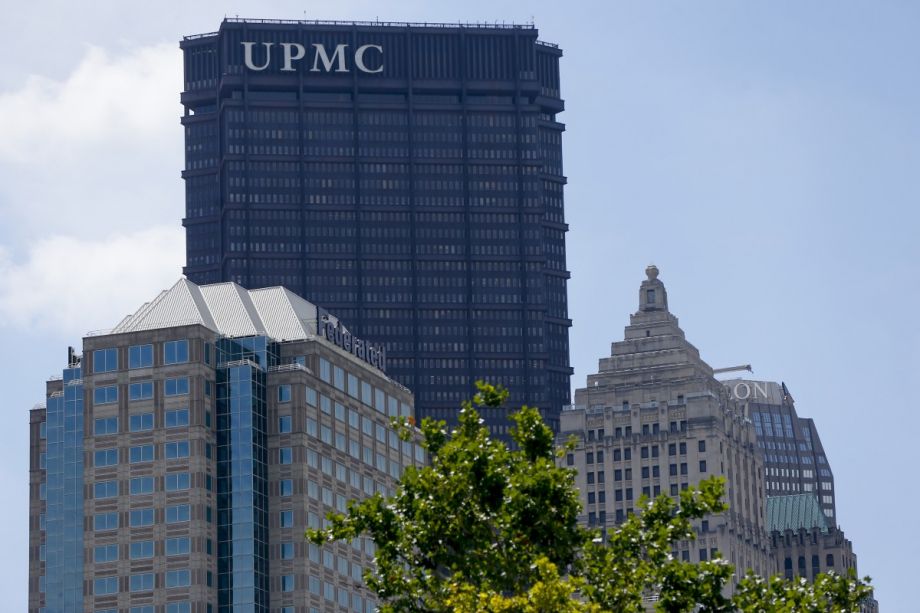 A sign marks the headquarters for University of Pittsburgh Medical Center atop the U.S. Steel tower in Pittsburgh. (AP Photo/Keith Srakocic)

Over the past few decades, as factories have closed as those jobs have become increasingly more automated or sent overseas, hospitals have remained in urban centers. Many of those institutions now serve the same economic function of early industry leaders. In my hometown of Pittsburgh, for example, the University of Pittsburgh Medical Center now occupies the Steel Tower, once owned by U.S. Steel — illustrative of the city’s new “eds and meds” economy. However, at the same time that medicine has emerged as the driving force in our economy, our average life expectancy (at least for some of us) has decreased.

Like many U.S. cities, Pittsburgh has a health system that controls vast economic, human and intellectual resources, and links Pittsburgh to national and international flows of money, ideas and people. Our hospitals are also charities, free to pursue their missions without the pressure of providing dividends to investors. Pittsburgh’s hospitals have the potential to help make our cities truly livable. And yet thus far, they have not.

So, what’s wrong? The problem is that the medical industry — which now accounts for about 17 percent of GDP — is focused on medical care, when it should be focused on health. It’s estimated that top-flight medical care accounts for only about one tenth of our health outcomes. The rest is accounted for by so-called social determinants of health. A long bout of unemployment or the presence of lead paint are better predictors of poor health and early death than is proximity to life-changing medicine. And the biggest predictors of all? Income and wealth. The engine at the heart of Pittsburgh’s economy may be healthcare, but we have not focused its vast resources and creativity on solving the problem that most affects our health. The story is similar in cities across the country.

Anyone who has ever tried to get by without enough money can tell you why income is a critical social determinant of health. Apart from the direct effects like food insecurity, every other critical social determinant of health — such as safe housing, educational achievement, and job opportunities — is also closely tied to income. Conversely, increasing wages has been shown to improve psychological well-being and job satisfaction, improve delay-of-gratification ability, and increase the opportunity costs of engaging in unhealthy habits.

Income inequality is also a contributing factor to poorer health outcomes. Poor health outcomes are more prevalent in countries with higher Gini coefficients (a measure of inequality) than in peer countries with lower levels of income inequality. This is significant when considering the United States, as its Gini coefficient has increased by nearly 6 percent since 1993. Experts have also acknowledged the role of racism in undermining health, and we need to recognize the role of structural racism in creating disproportionate representation of minorities within low-income populations.

Despite overwhelming consensus on the adverse health effects of poverty, it has proved difficult to put raising wages at the center of health policy. Nowhere is this truer than within our hospitals themselves, which employ thousands upon thousands of low-wage workers. They model increasing income inequality and do little to disrupt structural racism through their hiring processes.

In the U.S., low incomes and income inequality have been addressed in two primary ways: government regulation in the form of a minimum wage and through unions. These two strategies are deeply intertwined. Government policy is determined by who is organized to vote, to lobby, and to hold government accountable to their interests, and unions are the vehicle through which workers have their say in Washington. So, it is no accident that the maximum purchasing power of the minimum wage coincides with the highest level of union density. Unions were also instrumental in the achievement of Medicare, Medicaid, and later, the Affordable Care Act.

Pittsburgh recently kicked off a project aimed at understanding and improving our “resiliency” by focusing on achieving health equity — ensuring that the living conditions of all Pittsburghers support their health and wellbeing. With the support from the Robert Wood Johnson Foundation, I am helping to lead the project. Our work will, of course, be informed by international experts and our city’s leading thinkers, but it also needs to be informed by the many workers who are determined to put better wages and unions at the center of our conversation. These ideas have the weight of evidence and common sense behind them and it’s time that they rose high on our list of strategies.

Our hospitals provide Pittsburgh, and other cities where they are now the largest employers, with unprecedented opportunity to achieve a truly livable and truly healthy Pittsburgh. But we can’t achieve that vision unless those with the most to gain have a measure of power in setting our city’s health priorities. Three generations ago the men and women working in Pittsburgh’s steel industries transformed their jobs, their life prospects, their neighborhoods and public policy by building their unions. If we want real health in Pittsburgh, and in so many other cities across the country, then healthcare workers must be allowed to do the same.

Kenneth S. Thompson MD is a psychiatrist who grew up in Pittsburgh, Pennsylvania, and is committed to serving the people of his hometown. He is the former Medical Director of the Center for Mental Health Services in the US Department of Health and Human Services.