Did a 19-Year-Old Really Just Solve One of Earth’s Biggest Environmental Problems? – Next City

Did a 19-Year-Old Really Just Solve One of Earth’s Biggest Environmental Problems? 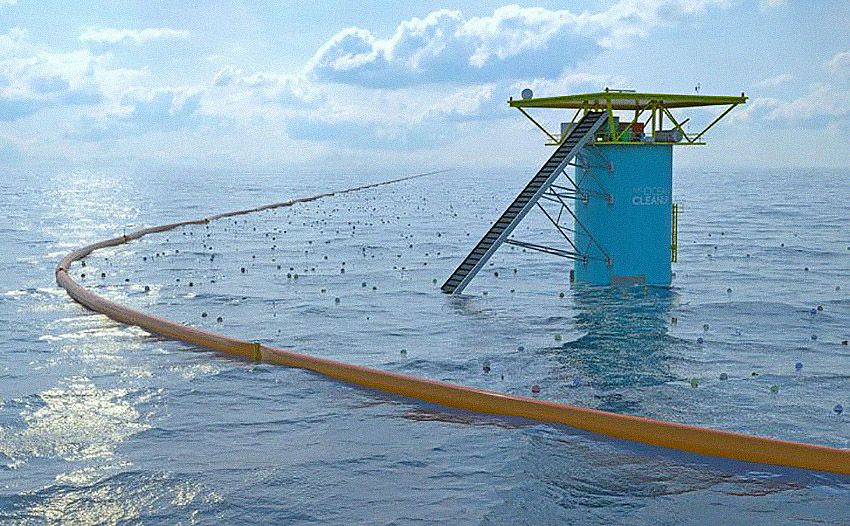 “Once there was the Stone Age, then the Bronze Age, and now we are in the middle of the Plastic Age.” So begins 19-year-old Boyan Slat’s TEDx Talk on clearing plastic pollution from the sea. The Dutch teenager has been all over local news lately — a shaggy-haired wunderkind inspiring old and young alike. Slat is taking time off from his aerospace engineering studies at the Technische Universiteit Delft to realize a project that is close to his heart. A diving enthusiast, he was horrified to see more floating plastic bags than fish on a recent trip to Greece. In the Azores, he photographed plastic shards mixed in the sand and noted the lack of red plastic, which, because it looks like flesh, had all been eaten by birds and large fish. Those animals would eventually die a slow and painful death because of it.

Slat notes that humans are at the top of this food chain. Basically, we are poisoning ourselves every time plastic trash enters the water system and eventually makes its way into the sea. At 16, with just 200 euros and a sense of ambition that belies his young age, Slat began what would become a long fight against both plastic pollution and surprisingly vocal critics. For as many people who cheered on Slat’s early, one-man efforts, there grew a number of naysayers who seemed intent on his failure.

Despite, or perhaps in response to this criticism, Slat’s plan to fight oceanic plastic pollution quickly gained traction with enthusiastic international experts. He eventually put together a team of about 100 specialists, most of them volunteers. Together with this team, Slat wrote a 534-page feasibility study that was presented on June 3. The study addresses issues ranging from the project’s technical feasibility in terms of fluid dynamics, structural engineering and legal consequences. It also includes a cost-benefit analysis that claims his plan for an Ocean Cleanup Array would be “33 times cheaper than conventional cleanup proposals per extracted mass of plastics. In order to extract 70 million kg (or 42 percent) of garbage from the North Pacific Gyre over 10 years, we calculated a total cost of 317 million euro.”

Slat first presented his idea for the Ocean Cleanup Array in Delft in 2012. The devices floating “arms” would be anchored to the sea bed and catch pollution at the surface while allowing living organisms to slip under the floating barriers, which are shaped in a V that works with natural sea currents to collect pollution at a central point. From there, the plastic can be extracted and recycled into new products. According to Slat’s research, the stresses of salt water and sunlight don’t affect plastic’s ability to be melted and reused. He also found that all the different plastics can be easily and beautifully combined, as shown by the swirls of blue and green recycled sea plastic that were used for the cover of Slat’s feasibility report.

Around the world, five rotating ocean currents, known as “gyres,” collect much of this sea plastic into massive floating islands of garbage, the Great Pacific Garbage Patch being the best-known example. The main benefit of anchoring the Ocean Cleanup Array near these gyres is that it passively concentrates plastics and other debris — a much cheaper alternative to boats with nets or other mechanical systems. As Slat puts it, “Why move through the oceans, if the oceans can move through you?”

On June 16 and 17, Slat presented his ideas to Secretary of State John Kerry at the international “Our Ocean” conference in Washington, DC. The team is hoping to get more experts and potential backers interested in the project. The Ocean Cleanup Array is also looking for crowd-funding to get their prototype into the ocean and start cleaning up as soon as possible.

Slat’s youth, combined with his determination to put right the sins of the past, make his story appealing to many who dream of a cleaner world. Of course, the cleanup is just one part of the solution. As Slat willingly admits, the real challenge is putting a stop to plastic pollution in the first place. In this case, however, adaptation will have to come before prevention.