Why Some D.C. Commuters Are Running Out of Money for the Train – Next City

Why Some D.C. Commuters Are Running Out of Money for the Train 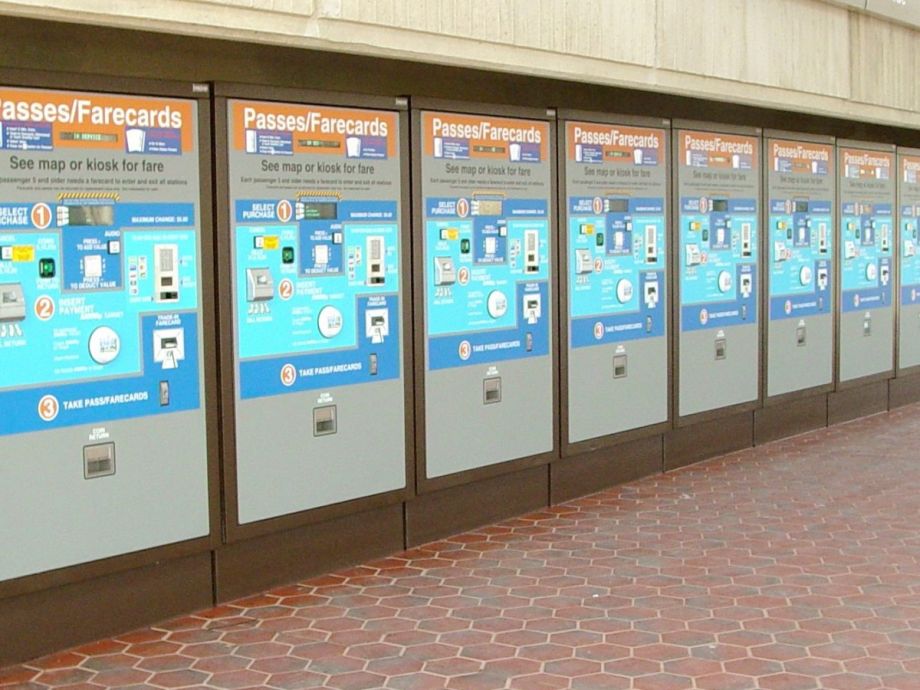 From high fuel subsidies to low gas taxes, Uncle Sam’s long-standing car infatuation is no secret. This month, however, headlines are drawing attention to one of the federal government’s lesser-known modes of automobile favoritism: commuter benefits.

In bureaucrat-speak, commuter benefits are “tax-free transportation fringe benefits” governed by IRS Code Section 132. In English, they’re monthly sums (or pre-tax deductions) offered by many employers for commuting. Excluded from an employee’s gross annual income, they’re not taxable, and employers can cover categories such as transit passes and parking fees. And that’s where the favoritism comes in. Employees can receive up to $250 a month for parking, but only $130 a month for transit.

Mantill Williams, a spokesperson for the American Public Transportation Association, explains that for years, lawmakers “assumed that you’d need more for parking” and updated the codes accordingly. In 2009, however, transit rose to $230 as part of the Economic Stimulus Bill. But that was temporary; at the end of 2013, the numbers dropped back to pre-stimulus levels.

According to Williams, the lopsided figures create a bias.

Washington Metro has been monitoring its own data closely, and spokesperson Mark Schofield agrees.

Metro is uniquely positioned to observe the benefits’ real-world disparity. While employers nationwide can utilize the benefit, not all of them are acquainted with the nuances of Tax Code Section 132. Employers in Washington, D.C., however — many with the federal government — tend to be well aware of them, according to Schofield. Metro, therefore, offers something called a SmartBenefits card, which is basically a commute benefit debit card that can be reloaded every month. Instead of paying a daily fare to board the train or bus, passengers simply swipe their card — until they reach their cap, which is now back down to $130.

Via the SmartBenefits card, Metro can see how much commuters use the benefit instead of paying out of pocket. And since it sank back to its pre-stimulus low, the agency is watching more people run out of SmartBenefits dollars before the month ends, according to Schofield.

“For those of our riders who are taking longer-distance trips, they’re paying more out of pocket,” he says. “They use the transit benefit for the first two or three weeks, and then during the third or fourth week they dip into their funds.”

Translation: For those riders, $130 is not enough.

“Despite an upward trend in bus ridership and higher rail ridership on a year-over-year basis with the addition of the Silver Line, changes in federal tax law that provide greater financial incentives to park than to ride public transportation are one reason that Metro says rail ridership will be level next year,” it states.

And the commuters going farthest are the ones getting hit the hardest, according to Schofield.

“If you look, for example, at commuters going less than four miles, their travel behavior hasn’t changed that much,” he says. But the long-distance commuters paying higher fares are “the ones who could do the calculations” he says. If they do, they’ll realize that $250 for parking is much more than $130 for transit, especially as the cost of gas creeps down. These suburban commuters likely already own cars. As Schofield puts it, they’re more likely to be “on the margin” — modal swing voters who could either drive or take the train. If they receive substantially more to park and have to pay out of pocket to commute, Metro worries that they’ll turn to the driver’s seat.

Democratic representatives last week announced plans to push for parking and transit parity in an upcoming bill. According to StreetsBlog , the concept has received some past Republican support but has been undermined by attempts to bundle a variety of tax reform measures. A recent Chicago Tribune column quoted transportation think tanks and congressional insiders alike, ending inconclusively on both the likely outcome, and the reason for such gridlock on what seems a non-controversial issue.

“Every single (congressional) office I have met with said they support parity between parking and transit,’‘ Dan Neuburger, president of commuter services at WageWorks told the paper. “But why has it not happened? It’s all politics.”

Politics coupled with a long history of auto-centric favor, that is. For now, Williams’ organization remains hopeful. The American Public Transportation Association is advocating that Congress raise the benefit before the next tax year begins.

As is, he says, the lower transit dollars simply “provide an incentive to drive.”