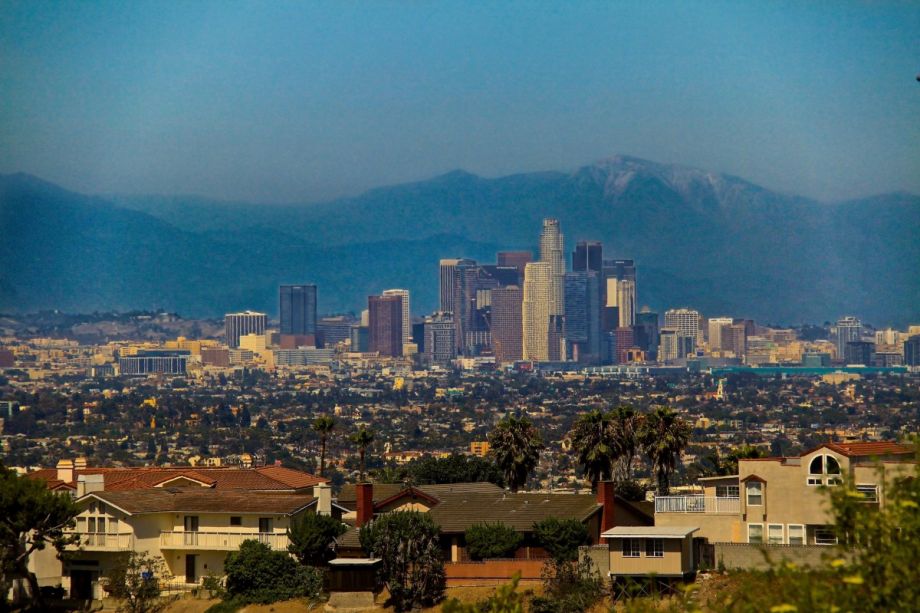 As many U.S. cities grow in population, construction cranes and rising luxury condo buildings are dotting skylines. But a recent survey of historic assets in 50 U.S. cities suggests Jane Jacobs was right to believe neighborhoods with a mixture of new and old buildings actually create more of what people want in a city.

Created by the National Trust for Historic Preservation’s Preservation Green Lab, the Atlas of ReUrbanism examines more than 10 million buildings of all ages, scoring urban areas by the median age of buildings, the diversity of ages in an area, and the size of buildings and parcels. According to the report, areas with only new buildings are less likely to promote entrepreneurial activity, density, and diversity than areas with a mixture of new and old.

Places with older, smaller buildings mixed with new development rank high on a score of character, while those with newer, larger buildings of a similar age rank low. 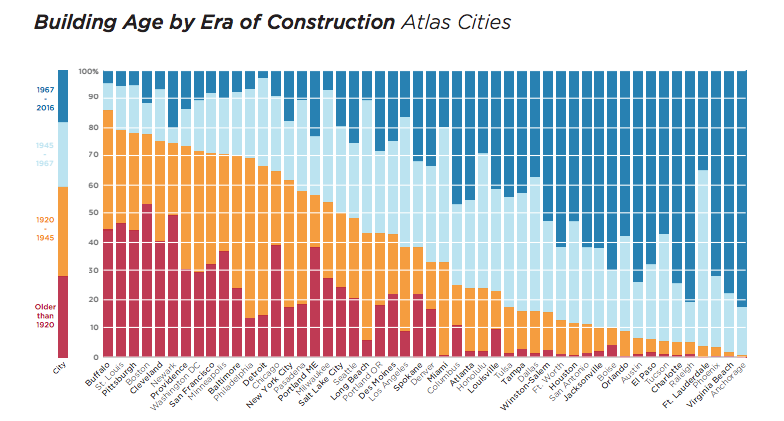 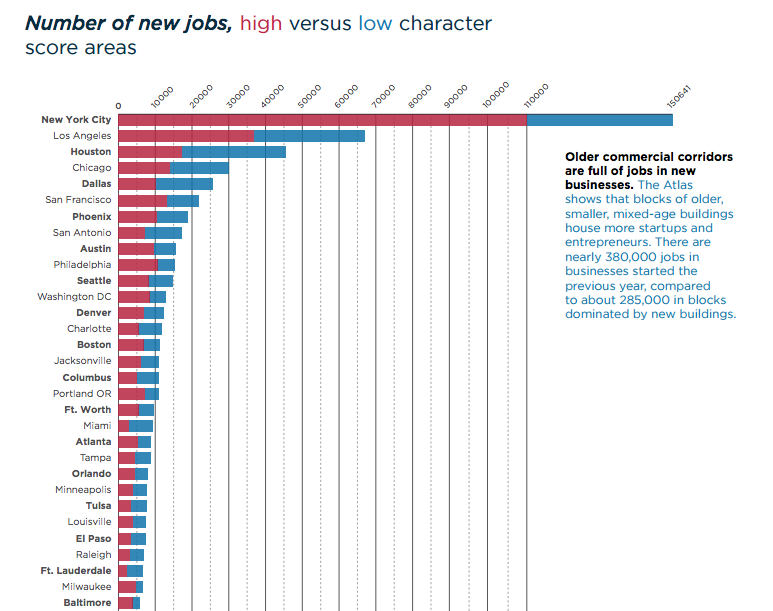 This affordability trend held true across all cities studied, from Detroit to Chicago to Atlanta to Boston. “In many cities in the Atlas, there is twice the number of affordable housing units on blocks with older, smaller, mixed-age buildings,” write the authors. That’s because of a process known as “filtering” in which older housing stock, without any subsidy, remains naturally more affordable than newer units. In all 50 cities, character also correlated with density, which contributes to both affordability and number of jobs per square foot.

Higher character areas also tend to be home to more people of color, and to support more diverse entrepreneurship. All but two cities studied (Pasadena and Miami) had more women- and minority-owned enterprises in high character score areas. In Portland, Maine, more than 80 percent of such ventures were in high character areas. These neighborhoods also supported more diversity of use, with different types and ages of businesses coexisting side by side. 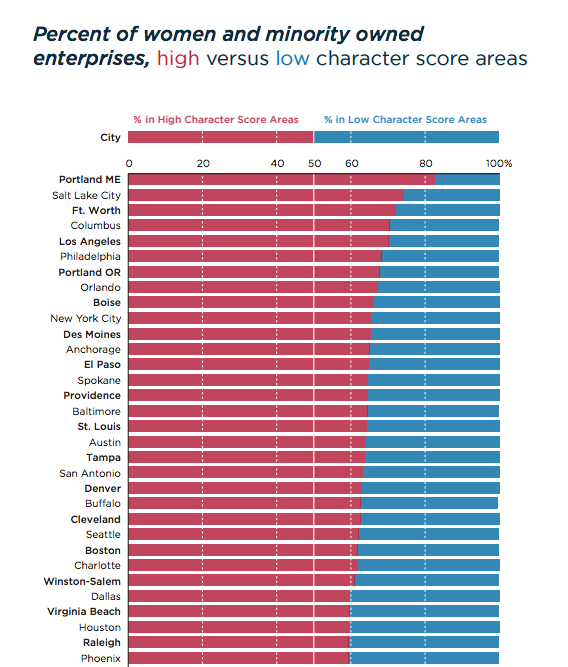 The Atlas also includes character maps and fact sheets about the nation’s five largest cities, with more in the works. Each fact sheet includes information on how many buildings of different ages are in the city, and what existing policies deal with preservation. In Los Angeles, for example, where there are more than twice as many affordable rental housing units and more than twice the number of women- and minority-owned businesses in high-character areas, an Adaptive Reuse Ordinance is removing regulatory barriers to rehabbing vacant buildings.

These older neighborhoods may also show the way of the future. Places made up of many smaller parts tend to absorb shocks better and come back more quickly than places made up of just a few larger buildings that are all the same. But only 4 percent of all buildings are locally landmarked, leaving the rest vulnerable to the ever-American impulse to tear down and build anew.

As cities create resiliency plans, the Preservation Green Lab recommends looking to building reuse instead, as a sustainable use of resources, as well as a means of preserving density, diversity, affordability and jobs.