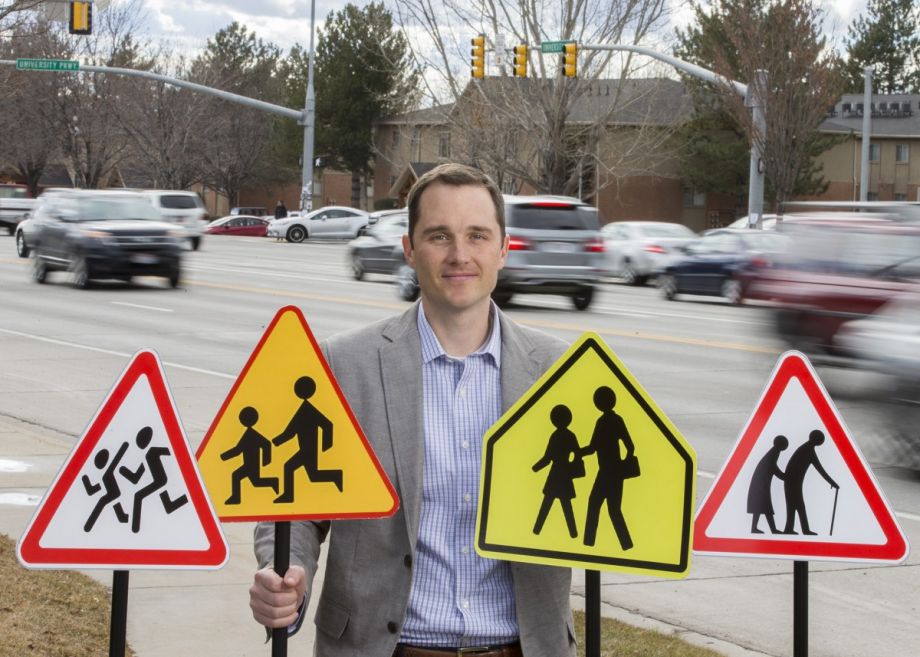 “A sign that evokes more perceived movement increases the observer’s perception of risk, which in turn brings about earlier attention and earlier stopping,” said Ryan Elder, co-author of the new Journal of Consumer Research report. “If you want to grab attention, you need signs that are more dynamic.”

The real U.S. pedestrian sign on the left represents what almost seems to be a casual stroll, while the example on the far right amps up the speed of the walkers.

The study argues that drivers react faster to signs showing greater movement because the threat of a last-minute accident seems more real — and often, a quicker reaction, even by a few seconds, can make a major difference.

“If the figures look like they’re walking, then your brain doesn’t worry about them shooting out into the road,” Elder said. “But if they’re running, then you can imagine them being in front of your car in a hurry.”

Another important point in a world where pedestrians can play games with walk signals: Elder’s suggestions seem more noteworthy than whimsical — and not necessarily a contribution to urban cutesification that annoys some city-dwellers.