So How Much Does a Ride-Hail Driver Really Earn, Anyway? – Next City

So How Much Does a Ride-Hail Driver Really Earn, Anyway? 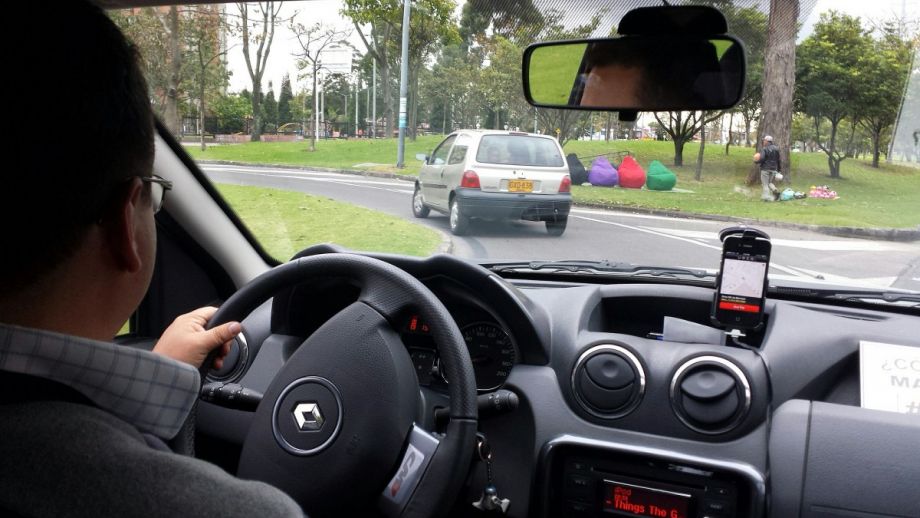 Welcome to “The Mobile City,” our weekly roundup of newsworthy developments in urban transportation.

This week, this column focuses on developments behind the wheel. After all, it’s not like cars are going to disappear completely tomorrow, or even any time in the foreseeable future, even if some in the mainstream media can now envision an urban world without them.

The “transportation network companies” Uber and Lyft have upended the way people hire cars and drivers to get around cities, and as business activity slowly ramps up (or ramps back down) after the first COVID-19 surges recede (or return), the ride-hailing services’ drivers are in demand as more people are using their services but fewer drivers are available. So they should be making out like bandits, right? Uber and Lyft say their drivers in Seattle are — but the city says they’re not. The actual answer matters there because Seattle plans to set a minimum wage for ride-hail drivers.

The reduction in overall driving has led to a sharp reduction in car crashes, but they still occur, and they still injure, maim and kill people not in cars as well. Thus city transportation officials remain interested in ways to drive the incidence of crashes further down. The city of Bellevue, Wash., has produced a first-of-its-kind study based on an interesting and novel insight: To develop ways to reduce the crashes that still happen, we should study those places where they almost happened but didn’t.

One way to further reduce accidents is for drivers to simply stay off the roads. And a new survey from a market research firm suggests that most American workers would like to do just that, at least some of the time. And fully one-third of them would like to ditch the commute altogether and work from home permanently. That should give city transportation planners more room to reshape city streets for everyone else.

Ever since they burst onto the scene, the ride-hailing companies Uber and Lyft have attracted thousands of individual car owners to use their cars as revenue generators with the promise that they could make thousands of dollars a month.

Some of those drivers do bring in thousands each month on the road. But is that pile of cash as big as it appears?

That’s the question being asked in Seattle, where Wired reports city officials are considering setting a minimum wage for ride-hail drivers. How high that wage should be will hinge largely on how much drivers actually pocket.

And that’s where the dueling studies come in. According to one, conducted by Cornell University at Uber and Lyft’s behest, ride-hail drivers earn $23.25 an hour. According to the other, conducted for the city by researchers at the New School for Social Research and the University of California, Berkeley, they make only $9.73.

What accounts for this wild discrepancy? How car expenses are treated explains the bulk of the difference. One reason ride-hail fares are lower than comparable taxi fares is because where taxi companies bear the costs of maintaining and insuring the cars, the ride-hail companies offload those costs onto the driver. The Cornell researchers, who had access to anonymized revenue data provided by the companies, decided that most of those costs, like insurance and repairs, the drivers would have borne anyway as a result of owning the cars they drove, so they excluded them from their salary calculations. (They did include some depreciation, maintenance and fuel costs.)

The New School-Berkeley research team figured things differently. They got their data from 6,500 Seattle ride-hail drivers who completed an online survey that asked for their income and expenses for one week last December. Where the Cornell team allocated vehicle costs to their ride-hail work at a rate of 19 cents a mile, the New School-Berkeley team assigned costs at a rate of 52 cents a mile, including cell phone use, insurance and vehicle cleaning. (The article notes that ride-hail drivers must purchase special insurance policies that can run $100 per month.)

The two studies also counted work hours differently. The New School-Berkeley researchers counted every minute the drivers were logged into the ride-hailing app as time on the job, while the Cornell team counted waiting time as work time only if it led to a ride.

Drivers contacted by Wired threw cold water on the Cornell study. “$23.25 an hour is BS. There’s no way,” Sergio Avedian, who drives part-time in Los Angeles and coaches other ride-hail drivers on how to make the most of their gig, told the magazine. “If people were making that money, everyone and their uncle would be driving for Uber.”

Based on the study it commissioned, the city plans to set a minimum wage of $28.19 an hour for ride-hail drivers, which it figures will leave them with the city minimum of $16.39 an hour after expenses are accounted for.

Big Data can be put to good use, it turns out. The city of Bellevue, Wash., the edge city across Lake Washington from Seattle, has used it to test an assumption: Cities can cut down on car crashes by looking at the intersections where they almost happen most often.

Streetsblog USA reports that the city analyzed 5,000 hours of data from high-definition video cameras mounted at intersections throughout the city to identify places where dangerous driver behavior and road conditions combined to produce “conflicts,” or near-misses.

The study confirmed a gut feeling city officials had: The places where collisions almost happened most were also the sites with the most actual collisions.

Using artificial-intelligence software developed by Transoft, the city and its Vision Zero partner, Partners for Safer Roads, were able to measure thousands of close calls captured anonymously by the cameras. The software identified persistent patterns of driver behavior, and from that data, intersections whose design needs to change to eliminate the bad behavior. The Pacific Northwest Transportation Consortium (PacTrans), based at the University of Washington, did the actual data-crunching.

“To me, the best type of research is the kind that puts hard data behind something that you know in your gut,” Noah Budnick of Together for Safer Roads told Streetsblog. “And in the last 20 years or so, as more and more governments have moved towards data driven-management they’re looking for better data to fulfill that ‘evaluation’ pillar of Vision Zero to help make roads safer.”

The full details of the study can be found on the City of Bellevue website.

Something else that will help make roads safer is fewer cars on them. And now that the COVID-19 coronavirus has introduced a broad swath of American professionals, including the author of this column, to the concept of having one’s home double as one’s workplace, a lot of those new home-based workers have found that they could happily do without their daily commutes,

According to a Streetsblog USA report, a survey conducted by Washington, D.C.-based market research and data intelligence firm Morning Consult found that even after all COVID-19 restrictions disappear, a whopping 75 percent of workers surveyed wanted to work from home at least one day a week, and almost one-third of them — 32 percent — would rather not head into the office at all.

One big reason why: Ditching the commute gives home-based workers nearly an hour of their lives back. The average American spends 26.6 minutes commuting each way. Another reason: most workers — 57 percent of respondents — found it just as easy, if not easier, to concentrate on work at home as at the office.

The percentage of the workforce that could work from home all the time makes up a minority of all workers: 37 percent. But the impact of that many workers off the road even part of the time could be huge, says Streetsblog: “If that 32 percent of workers got its wish and went fully remote, it could remove as many as 48.1 million cars from American roadways every single workday (assuming all of those workers previously drove to work alone, and all of them secured one of the 37 percent of positions that can be done entirely from home). And that’s before you factor in workers who won the right to work from home for just part of the week.”

And yes, those assumptions will have to be adjusted a bit: This home-based worker gave up a public transit commute, for instance. But when you consider the small share of overall journeys to and from work that mass transit handles nationwide, the effect of this shift on car traffic, road safety and air pollution would still be significant.