For Small Banks, Equity Can Be a Growth Strategy – Next City

For Small Banks, Equity Can Be a Growth Strategy 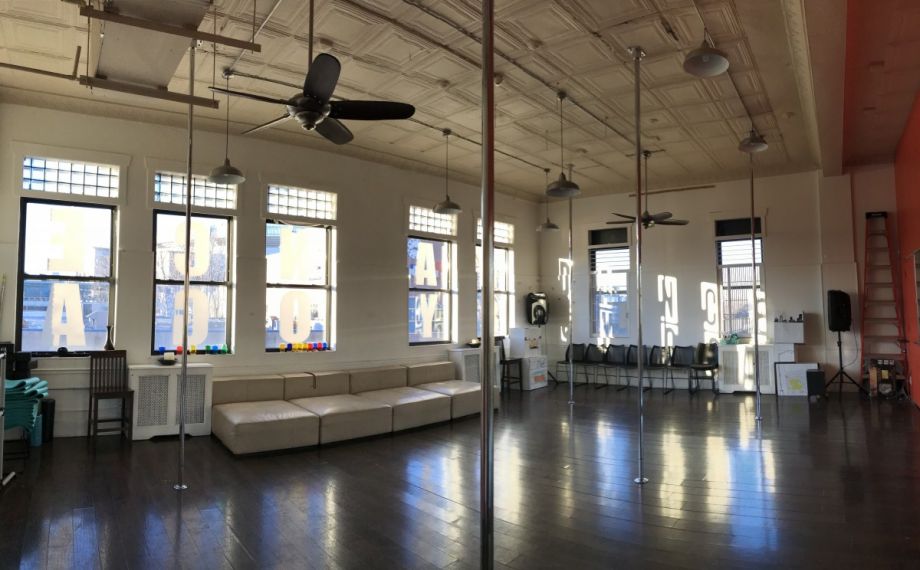 Growing up, Yosara Trujillo got to watch an entrepreneur at work every day. Her mother’s first business was a travel agency; Trujillo helped out with paperwork starting at the age of 5. Later, her mother ran a commercial insurance and tax preparation business, and helped immigrants in their South Bronx community file paperwork for residency and citizenship. Trujillo didn’t quite realize it then, but that’s how she caught the entrepreneurial bug.

She’s now the owner of Sweet Water Dance & Yoga in New York, a block away from her mother’s old office.

“My mother helped her clients with everything from immigration to credit card applications, developing credit to banking, and these are all people who have children and grandchildren who now go to my studio,” says Trujillo.

Like many startups, Sweet Water has been a labor of love. Since founding it in 2012, Trujillo has yet to take a salary from the business, and has found other ways to support herself and her son, Prasad. (Some of her staff have deferred their salaries too.) Class fees pay for instructors and for other operating expenses.

When she wrote a business plan for the studio, she dug up the demographics of all the government offices in the area, to demonstrate there was a market for yoga and dance classes in the South Bronx. Two subway lines converge nearby. The business has grown every year — it started inside some extra office space at her mother’s old business, and outgrew that in 2014. Trujillo then found a 4,000-square-foot space a block away, and took the lead on much of the buildout.

Despite all that hustle, when Trujillo recently applied for a small business loan guaranteed by the Small Business Administration (SBA), she was denied. Trujillo says they told her it was because she had too much student debt, and they were worried she would use the loan to pay off that debt instead of investing in the business.

She’s not alone: Women represent 17 percent of SBA loans even though they represent 30 percent of all small company owners. The SBA loan guarantee programs were created to encourage small business lending to groups that were left out of mainstream lending, and yet the percentage of black or Hispanic borrowers served by those programs remains abysmally low and stagnant. Meanwhile, women of color are the fastest-growing segment of entrepreneurs, according to the National Women’s Business Council. As demographics overall continue to shift, the SBA loan guarantee program risks getting left behind.

However, after the rejection, Trujillo’s community came through for her again. Spring Bank, the only bank headquartered in the South Bronx, had recently launched its new Grow Loan Program for small businesses with capital needs of less than $150,000 — a typical cutoff for small business loans from a bank. Through the program, Spring Bank extended her a $10,000 line of credit to put some marketing and other staffing pieces in place to keep Sweet Water’s upward momentum going.

The minimum an applicant needs for the Grow Loan Program is one year of bank statements, a 600 credit score and a compelling story.

“If you look at every one of our Grow Loan clients, you will find a really compelling story in every one of them,” says Ines Marino, Spring Bank’s director of small business lending.

Spring Bank has made 16 Grow Program loans so far. The program is part of the bank’s strategy to increase small business lending as a percentage of its business, says Akbar Rizvi, chief lending officer. As a federally certified CDFI (community development financial institution), Spring Bank is required to make at least 60 percent of its loans in low- to moderate-income neighborhoods.

While there are other small business lending tools the bank already had in place, including SBA loan guarantees, Marino and her colleagues saw many more businesses in the community that those tools weren’t reaching. They needed to take a step outside their comfort zone. “We see what’s out there right now, the options out in the market aren’t very good options,” Rizvi says. “Online lenders and fintech lenders, you’re often paying really high interest rates.”

In the 2016 Small Business Credit Survey, the Federal Deposit Insurance Corporation (FDIC) found that small banks like Spring Bank were by far still the most preferred source of capital for startups. At the same time, the number one reason startups were dissatisfied with online small business lenders (other than lack of transparency, a problem across all lenders) was a high interest rate.

Other non-bank, mission-based lenders see the same market gap. Earlier this year, three of them in the NYC area joined together to launch LocalLending.nyc, which matches businesses to lenders through a single online form. Depending on their exact capital needs, small businesses can also begin the process of applying for one of Spring Bank’s Grow loans or other small business loan products through an online form. But the approval process for any of these lenders still involve in-person meetings and at least one site visit to the business before approving a loan. There’s no way around it, especially if you are focusing on lending to historically underserved communities.

“The closing cannot happen without me or Akbar or another of our colleagues inspecting the business,” Marino says. “We are a relationship bank.”

The Grow Loan Program is structured like a ladder. It starts with a simple $10,000 line of credit, which the bank may increase over time, or it may offer a term loan for the business to purchase a piece of equipment or property. More paperwork will be required at the later phases, but the point is to meet entrepreneurs from underinvested communities where they are, and go on the journey with them.

“It’s a platform for them to establish a history, so that once they recognize they’ve been able to use this program well, they can move up to the next one, with a little bit more requirements,” Rizvi explains. “It’s always a conversation.”

Larger banks typically aren’t interested in putting in the work at the smaller end of the loan spectrum, largely because the costs of administering loans is generally the same whether it’s $10,000 loan or a $1,000,000 loan. But for a smaller bank, it can be a market niche, especially in a historically underbanked community like South Bronx. There might be less profit in making smaller loans, but Rizvi expects it to become a profitable new line of business for the bank.

The Grow Loan Program also helps Spring Bank maintain its status as a Certified B Corporation, one of a handful of banks across the U.S. to receive the third-party certification for measuring and meeting certain social and environmental goals as well as financial goals.

Creating a profitable, and therefore sustainable, new line of loan products at a bank means planning ahead for a certain amount of borrower failure or default, Rizvi explains. On one hand, there’s a risk they underestimated the failure rate, in which case the bank would be losing money and have to adjust or shut down the program. On the other hand, they might have overestimated the failure rate, in which case they could potentially adjust to reach an even wider range of borrowers. That’s the constant balancing act of a bank that has made the underserved its primary market.

“This is a program in the very beginning stages, and we’re monitoring on a very close basis to see how we’re performing,” he says. “We opened up here for a purpose, in the South Bronx, because it was underbanked, because it was ignored.”