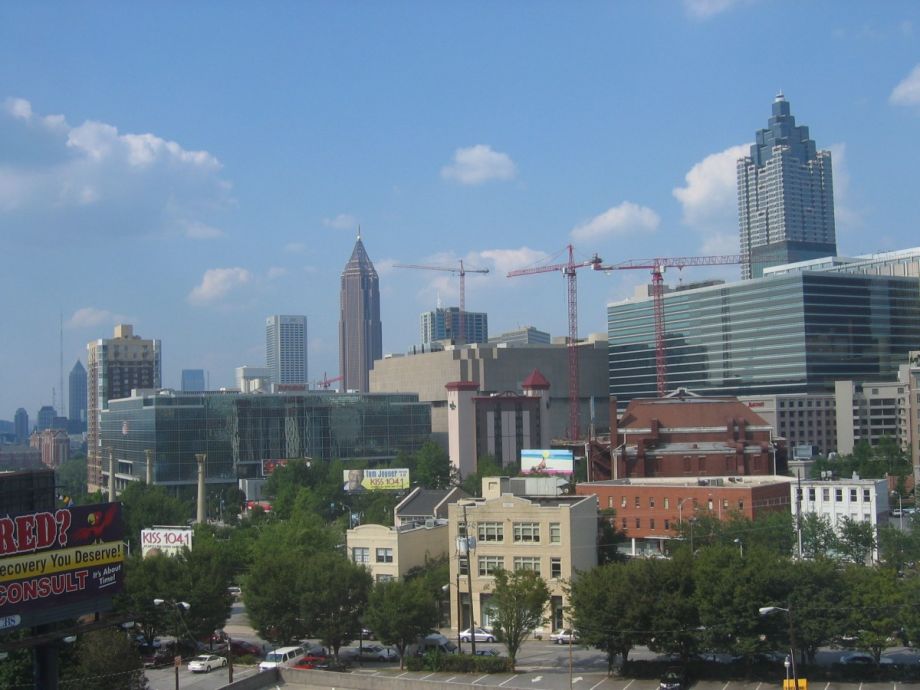 The One Atlanta Housing Affordability Action Plan has four overriding goals: Creating and preserving 20,000 homes, investing $1 billion in housing preservation and production, minimizing displacement, and supporting innovation and streamlining development processes. Those goals are broken down into 13 initiatives — things like using public land for housing development, increasing philanthropic and private investment and affordable housing, and creating a “housing innovation lab” to experiment with new housing types — and 45 actions, which include things like expanding the use of Low Income Housing Tax Credits, reducing parking requirements, and establishing a recurring source of local funds for housing efforts.

The plan is meant to be funded with $1 billion of investment — half from city, state, and federal sources and half from the private sector and philanthropic foundations. All of it is meant to serve a city that has seen a 17 percent spike in population since 2000, a construction boom that leans toward the luxury end of the market, and a decline in homeownership, especially among residents of color. Atlanta Mayor Keisha Lance Bottoms, who unveiled the report during a groundbreaking ceremony for a 147-unit affordable-housing project, wrote in a letter at the top of the plan that her “top priority as Mayor is ensuring that Atlanta is affordable for all who desire to call our city home and especially for long-time residents.”

“I truly believe that the mayor has made a very strong commitment and she’s set forth a vision, and this document underlies the vision that she’s put forth,” says Terri Lee, the city’s chief housing officer.

Others say that even the 45 action items in the plan are much too vague, and that the plan isn’t backed up by any new investment from the city. Dan Immergluck, an urban studies professor at Georgia State University, said in an email that Bottoms still hasn’t made good on a campaign pledge to invest $500 million of public money in affordable housing.

“No steps have been taken towards raising new city money for affordable housing,” Immergluck said. “This document only mentions exploring new revenue sources, and doesn’t specify which ones or how much will be raised by when.”

While the report mentions the possibility of selling bonds to pay for housing programs (“we may issue additional Housing Opportunity Bonds,” it says), Immergluck said the city should commit to a general obligation bond of at least $250 million, and noted that an Atlanta city councilmember had recently tweeted support for such a move. The city could also redirect certain tax revenues for affordable housing if it wanted to, he said. Overall, Immergluck said, the housing action plan is less concrete than the recommendations of House ATL, a stakeholder group whose work was the background for the mayor’s report.

It’s become commonplace for cities to release long documents laying out data about housing costs and neighborhood inequality, while pointing to policy strategies and planned investments to address them. Often they are accompanied by a headline-grabbing dollar figure. But sometimes, like with Nashville’s recent announcement of a “$750 million” housing plan, the numbers are a little fuzzy, or just aspirational, or both.

Frank Fernandez, the vice president of community development at the Arthur M. Blank Family Foundation and a member of the House ATL executive team, pointed out that the city has an interest in maximizing the public money that’s already available for housing as well as dedicating new resources locally.

“I get it — people wanting to see a more specific thing,” Fernandez says. “My hunch is that the city over time will provide more specifics in terms of their commitment.”

Overall the plan aligns with the House ATL recommendations, Fernandez says, and it provides a “North Star that we can all shoot for collectively.” (As part of the plan, philanthropic groups like the Arthur M. Blank Family Foundation and other independent entities would be expected to pool resources for the $500 million of non-public funds proposed in the plan.) And the plan reflects the same political will to address affordable housing that Bottoms showed during the campaign, he says.

But it’s quite the contrary, says Julian Bene, a former board member of the economic development authority Invest Atlanta. Bene says Bottoms was more enthusiastic about an effort to get a $1.9 billion subsidy approved for a private development called the Gulch in downtown Atlanta than she has been to find resources for affordable-housing efforts in the city. A member of the Redlight the Gulch coalition, which Next City wrote about last year, Bene says that Bottoms spent so much political capital and public money on the Gulch project that the city’s affordable-housing efforts are now taking a back seat.

“That’s what this document and all of these words boil down to, is that we’re not going to do anything about affordable housing because we have not prioritized any money for it,” Bene says.

It’s true that many of the action items — “We will explore potential options and create at least one dedicated recurring local funding source to support the increased production and preservation of affordable housing in Atlanta” — are more tentative than concrete. But Lee, the chief housing officer, says that the city has committed itself to being accountable to the goals of the plan, including a list of metrics at the bottom of the document, and the agencies responsible for implementing them. And over the next year, the city can expect results, in the form of more affordable housing units and more chances for long-term residents to stay in Atlanta.