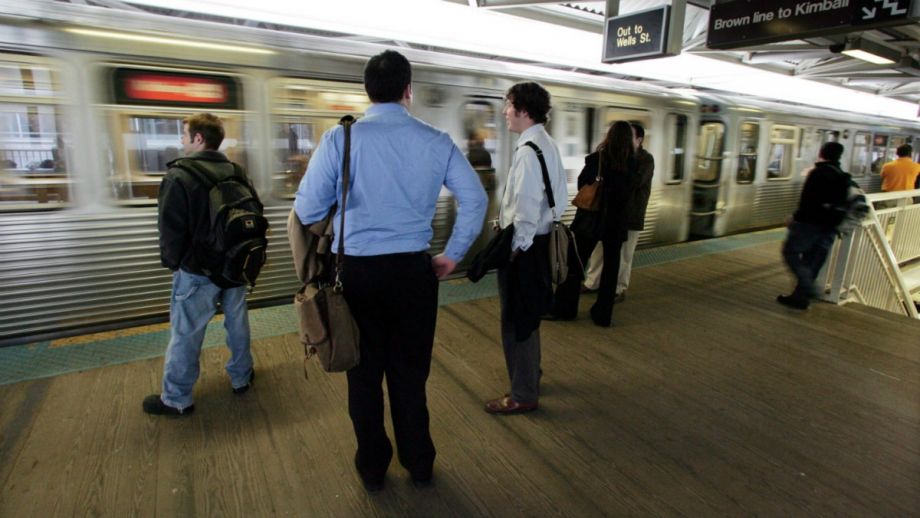 After a minor management scandal at Metra, the agency that runs commuter trains to Chicago’s suburbs, Illinois Gov. Pat Quinn established a task force to look into reorganizing transit in Chicagoland. While the Regional Transportation Authority loosely coordinates services across the area, in practice the constituent agencies — Metra, the Chicago Transit Authority and Pace, which operates buses in the suburbs — run the show.

Quinn’s task force has recommended shaking up RTA’s structure and concentrating more power in — who else? — the governor, outlining two possible models. The first would follow the lead of the Metropolitan Transportation Authority in New York and create a board to oversee the three operating arms, with its leader and most of its members presumably chosen by the governor. The second model would eliminate the RTA entirely and hand coordinating responsibility over to the Illinois Department of Transportation, which reports directly to the governor.

While Chicagoland transit clearly has its issues, these cures seem worse than the disease.

To begin with, concentrating power over regional transit in the hands of the governor — even if that region happens to be a state’s main economic engine — has not turned out well for New York, and it’s unclear why it would work any better for Chicago.

“The MTA doesn’t work so well because the governor of New York ultimately doesn’t care that much about New York City,” Alex Marshall, a senior fellow with the Regional Plan Association and author of The Surprising Design of Market Economies, writes in an email. “Its voters, oddly enough, are rarely crucial in turning an election, so governors tend to spend their energy working for upstate voters. The fate of the city’s subway and commuter rail system are afterthoughts to governors.”

Marshall continues: “That’s why here in New York, I have spoken repeatedly in favor of putting the subway back under the authority of the New York City mayor” — essentially how the CTA is managed in Chicago today. “If the trains and buses don’t run frequently and on time, people scream, and the mayor is the one who will hear them. Having the governor in charge of New York City subways is like having the governor in charge picking up the city’s trash. At least here in New York, it’s too far up the chain of command to result in effective service.”

When New York Gov. Andrew Cuomo does involve himself in MTA affairs, it’s either to take away money or claim credit for projects that were already underway before he came along. On the most pressing MTA issues — its cripplingly high costs or its mound of expired labor contracts — the governor disengages completely.

At least one Chicago transit activist doesn’t have faith that the Illinois Department of Transportation would do any better. “IDOT should not be involved in CTA or Chicagoland transit,” Steven Vance, deputy editor of Streetsblog Chicago, writes in an email, “because it’s a highway agency.” (The Illiana Expressway through northern Indiana and Illinois is the department’s biggest project at the moment.) While Vance credited the IDOT district in charge of Chicago and Cook County for trying to shift its focus, he called this an “impossible task” and wrote that IDOT is “controlled too much by the governor, and less by the people who live in the region.” Giving transit over to IDOT or the governor would only exacerbate this problem.

The most puzzling aspect of the task force’s recommendation is its obsession with the New York model: “An outside consultant recommended the New York model,” the Chicago Sun-Times reports, “saying it encourages more regionwide planning.”

While it is theoretically the master, in practice the MTA remains a very loose coordinating body, a bossy group that constituent agencies see more as a hinderance than a help. In 2002 there were plans to merge the two commuter railroads — Metro-North, which serves the city’s northern suburbs, and the Long Island Rail Road — into an entity called MTA Rail Road, but they never got anywhere.

One aspect of the 2002 reorganization did end up happening, when major construction projects across the various railroads were merged, a year later, into what is now known as MTA Capital Construction. But far from being a model of efficiency, Capital Construction has, in the intervening decade, proven itself as the most inept part of a very troubled transit authority. Its failure is most obvious in the East Side Access project, where the MTA is building a new Long Island Rail Road line from Queens into Manhattan, along with a new terminal below Metro-North’s Grand Central Terminal.

Grand Central has more tracks than Metro-North knows what to do with, and could have accommodated both existing Metro-North traffic and the new LIRR service out of the same massive, century-old terminal. But Metro-North didn’t want to “share its toys,” as a few people have put it, and so MTA Capital Construction is digging a multibillion-dollar hole in the ground for the exclusive use of the LIRR. It’s been the biggest driver of the project’s monstrous cost overruns, and was a mistake that a true coordinating body should never have signed off on.

Beyond a total lack of coordination, the creation of MTA Capital Construction also destroyed decades of institutional knowledge built up at the New York City Transit Authority, which had hitherto managed the city’s largest transit construction projects.

While the Chicago Transit Authority may not quite have as much experience with capital construction in particular, there is a risk that reorganization will drive off experienced employees and concentrate power in the hands of new management that doesn’t know what it’s doing. Ominously, Gunn’s most frequent targets of ridicule at the MTA are consultants — exactly the people who recommended that Chicago pursue the New York model.

Then there’s the fact that Chicago’s loose federation of transit agencies appears to have done a better job at coordination than New York’s nominally unified MTA. While the MTA stalls on plans for a new electronic fare payment medium, Chicago has rolled out Ventra across Pace’s buses and CTA’s buses and trains, with Metra planning to start using it later this year. The rollout was riddled with bugs, but at least it happened — more than can be said for the MTA’s next-gen payment system, which isn’t coming anytime soon.

All this is not to say that transit in Chicago doesn’t have its issues. The biggest one is something that no reorganization will solve: money. Unlike New York and San Francisco, where transit agencies are lavished with funding that they fritter away on costly and poorly planned projects, Chicago is genuinely starved for transit funding, both for operations and capital projects.

Where the system does have inefficiencies — mostly notably in Metra staffing, where it adheres to the standard American commuter railroad practice of packing trains with ticket-taking conductors instead of less labor intensive turnstile and proof-of-payment fare models — there is no reason to believe that concentrating power in Springfield will help.

Metra’s recent scandals were unfortunate, but quite minor in the grand scheme of things. More money and labor reform for Metra are what Chicagoland transit really needs. As the experience in New York has shown, a new authority responsible to a governor hundreds of miles away can only make things worse.