Seattle Mayor Delivers Pro-Immigration Message From a Mosque – Next City 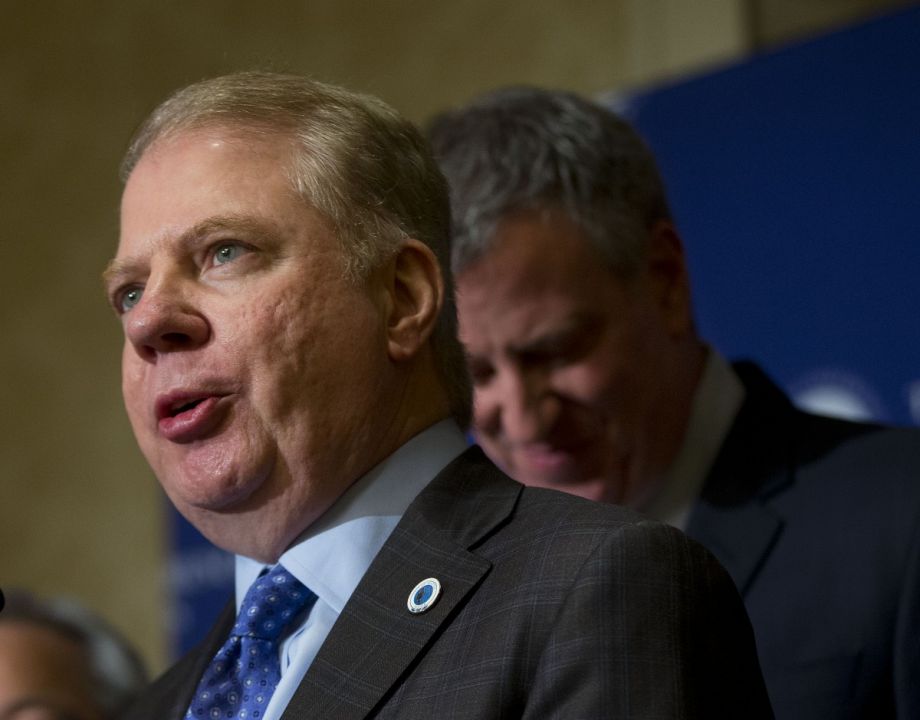 In an uncharacteristically fiery State of the City address Tuesday morning, Seattle Mayor Ed Murray laid out an explicitly urbanist, unabashedly activist agenda that drew a straight line between President Donald Trump’s executive actions against immigrants and refugees to Seattle’s own exclusionary zoning laws, which preserve more than 60 percent of the city’s land for single-family use. And he laid out that vision in an unusual location: the Idris Mosque in north Seattle, a venue chosen both as a symbol of Seattle’s commitment to inclusion and a message to the new administration that Seattle won’t be cowed by policies targeting ethnic and religious minorities.

Tuesday was the first time a Seattle mayor has ever delivered the State of the City inside a religious institution; typically, the mayor makes his remarks at City Hall, during a regular meeting of the City Council. In a statement last week, Murray said that by speaking at the mosque, he hoped to demonstrate that he and the city council were “standing with Seattle’s Muslim community in their house of worship as we fight state-sanctioned discrimination by the Trump administration.”

Although some conservative commentators raised questions about whether holding a speech in a mosque violated the constitutional separation of church and state, Murray’s office pointed out that the city has held many events over the years (though not the State of the City) in Christian churches.

Last year, a man claiming to be armed with an assault rifle made an online threat against the mosque; fortunately, police defused the situation after a brief standoff and no one was harmed. However, in the wake of that threat — and in recognition, mosque trustee Hisham Farajallah said Tuesday, of “the environment we now live in” — the mosque remains on high alert. Members of the public who attended the speech had to navigate a phalanx of armed security guards, who rifled through bags and backpacks and confiscated bottles and cans.

Before the speech, I asked Seattle Police Chief Kathleen O’Toole whether the city would have implemented such strict security precautions if the mayor had held the State of the City at, say, a church or community center. (Security is famously laissez faire at Seattle’s City Hall, where one regular shows up at every meeting to curse out the council on the record, concluding with a Nazi salute.) “We have no concerns today,” O’Toole said, but “we’d rather inconvenience everybody for a few minutes than not take precautions. It’s just the world we live in now.”

In his speech, Murray didn’t explicitly link Seattle’s zoning laws to Trump’s “state-sanctioned discrimination,” but he got the point across. “We cannot be a city where people protest the exclusionary agenda coming from Washington, D.C., while at the same time keeping a zoning code in place that does not allow us to build the affordable housing we need,” Murray said. “If we do not build more housing, we have seen what happens: more and more people compete for the same homes and prices go up, creating an invisible wall around our neighborhoods and locking people out.”

Specifically, Murray urged the City Council to finalize a controversial zoning plan for Seattle’s University District that would allow buildings as tall as 320 feet right next to a new light-rail station; called for a $55 million property tax levy and other investments to house the thousands living unsheltered on Seattle’s streets; and called attention to an alarming statistic: Every day, the city gains 67 new residents — and produces just 12 new units of housing.

Rejecting Trump’s “exclusionary agenda” is becoming a theme for Seattle’s mayor. Last month, Murray declared that he was “willing to lose every penny” of federal funding to protect undocumented immigrants and refugees in the city. He put an exclamation mark on that sentence Tuesday, when he threatened to sue the Trump administration if it refuses to turn over documents explaining the President’s definition of “sanctuary cities” and any actions the administration plans to take against cities that refuse to cooperate with Trump’s recent executive orders on immigration.

This is hardly the first time an elected official has observed that while Seattle liberals frequently claim they welcome immigrants and refugees, they often oppose zoning changes that would provide places for those immigrants and refugees to live. But it may be the first time a mayor has explicitly chided Seattle residents, in a major speech, for holding back policies — like the Housing Affordability and Livability Agenda, which calls for modest density increases and imposes affordable-housing requirements on developers — that would make inclusion a reality rather than just a rhetorical device.