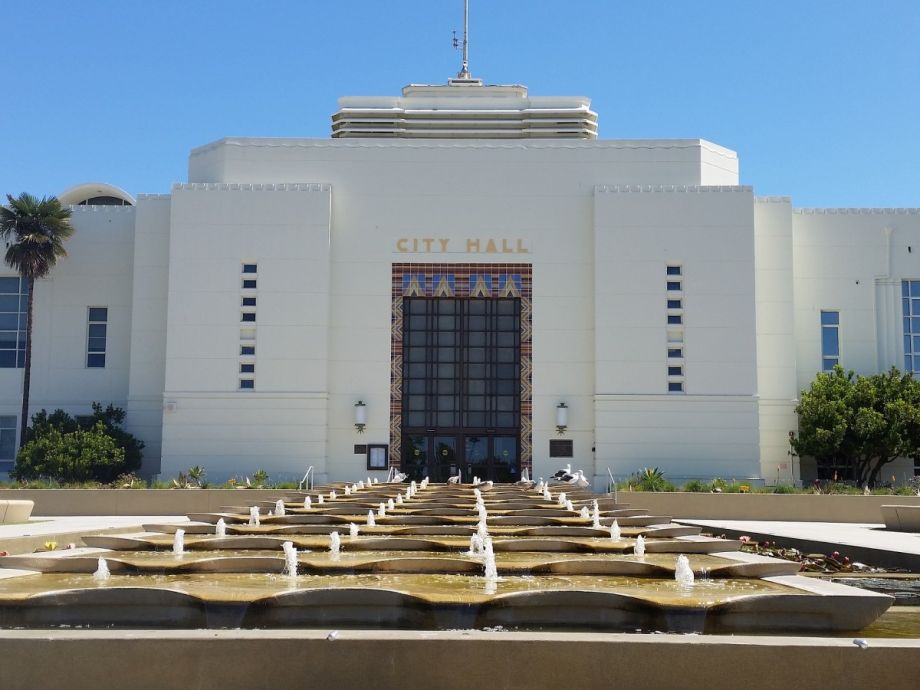 Over the last several decades, officials in Santa Monica — a sunny, wealthy, liberal city in the southwest corner of Los Angeles County — have found pride in being at the forefront of progressive planning, environmental and transportation policy. The city has had a sustainability plan in place since 1994, and in 2011, officials launched an effort to improve transit options with a goal of “no net new trips” in automobiles. Last month, after six years of work and no shortage of disagreement between pro-growth and slow-growth Santa Monicans, the City Council adopted a new plan for the downtown that aims to keep the city on the vanguard.

The new Downtown Community Plan addresses the growing affordability crisis and an overreliance on cars — issues of concern to planning officials in more and more cities around the U.S. In a unanimous vote, the City Council voted to remove parking requirements altogether for new developments coming into the downtown area. And in a split 4-3 vote, the council opted to set some of the highest mandatory inclusionary housing targets in the country, requiring up to 30 percent of units in most new projects be set aside for low-income tenants.

“We went through an extended process and heard a lot from two sides of the political spectrum, those who don’t want us to really build anything more in Santa Monica and those who felt that, ‘No, you’re not being nearly ambitious enough,’” says Santa Monica Mayor Ted Winterer. “I think that we did a really good job of finding a balance between the two poles we hear from most frequently, in terms of the public discourse, which should satisfy the large majority, which is pretty content with the direction the city is going.”

Santa Monica has made strides recently in diversifying its transportation network, with its own bus line and bike-share network and an extension of the LA Metro Expo Line light-rail line that opened last year. The council’s decision to remove parking requirements for new development downtown is partly an effort to continue that trend. City Manager Rick Cole says that the council is made up of a group of dedicated “Shoupistas” — a reference to Donald Shoup, who argues in his book “The High Cost of Free Parking” that excessive parking supply in American cities subsidizes car ownership and creates an overdependence on automobiles.

The city already has maximum limits on new parking spaces, and because nearly every new parking space built downtown is underground, the cost of parking exceeds $50,000 a space, according to Cole. In many cases, apartment buildings and hotels have an excess of parking that was created under the old requirements, space that could be leased out to the public or new developments under the new plan, Cole says.

“Just saying that motorists can go pound sand is not a particularly winning argument, and it’s not the argument we’re making,” Cole says. “The amount of new spaces at hellish cost that aren’t developed will, we believe, in the long run, be more than offset by the many spaces that will be freed up for public use by this policy change. That said, we are not trying to make it easy to park in downtown. And while people do want to park, the easier we make it to park, the harder it will be to get there because there will be more cars, through the theory, or the phenomenon, of induced demand.”

The decision to remove parking requirements isn’t just about cutting down on car usage. It’s also meant as an incentive for developers to build more low-cost housing downtown in exchange for the plan’s rigorous 30 percent inclusionary housing mandate. (Other incentives in the plan include expedited review for new developments and some density bonuses.) Cities around the U.S. are considering robust inclusionary zoning policies — from Philadelphia to New Orleans — and the debate about how well mandatory models work is very much alive.

On the one hand, proponents say that with the public sector’s ability to build and maintain affordable housing diminished, cities have no choice but to look to the private sector to make sure low- and middle-income residents have a place to live. On the other hand, some say that inclusionary housing policies suppress development, and others question whether affordable housing mandates are capable of meaningfully addressing current and future needs.

Cole, a veteran city manager who once personally defaced a billboard he found vulgar while working for the city of Azusa, California, admits that inclusionary zoning alone won’t solve the housing crisis. Even if it doesn’t suppress development, Santa Monica’s new standard will only produce 50 to 100 more affordable units downtown than would have been produced under the current inclusionary targets with development agreements currently in place, projects in the pipeline, and new housing that’s projected in the city’s Environmental Impact Report (EIR), he says. That means a lot to those 50 to 100 families, he says, but not to the many thousands of other Angelenos looking for an affordable place to live.

“But how do you eat an elephant?” Cole says. “If you look for one silver bullet — if we adopted a universal tax that did this or we adopted inclusionary zoning requirements at 50 percent of new housing, there is no single way to solve this. So to hold any of the strategies up to the test of ‘Does this solve the huge problem?’ — the answer is no. But nothing will, so you have to do this in community after community and you have to do it across the board.”

In Santa Monica, some groups have suggested that the inclusionary policy is a backdoor giveaway to the anti-growth faction, that it will stop development altogether and serve as a cap on density. Some City Council members have the same concerns. But Cole and Winterer — whose town isn’t on the same shaky economic ground as many others across the country — are optimistic that the new policies will be effective.

“It’s been my experience on the council and the planning commission that anytime we impose one of these new quote-unquote burdens on development, whether it was a transportation impact fee or water neutrality, we heard, ‘You can’t do this, we won’t be able to make it work,’” says Mayor Winterer. “And the applications continued to come through the front door of City Hall. So I’d like to give these higher affordability requirements a chance. If I’m wrong, I’ll be the first to admit it, but I would hate to have not endeavored to do more. When we have such enormous pressures in our community that are changing the socioeconomic diversity of our town, why not get more affordable housing if we can?”