Philly Proposal Looks Ahead to Less Affordable Future – Next City 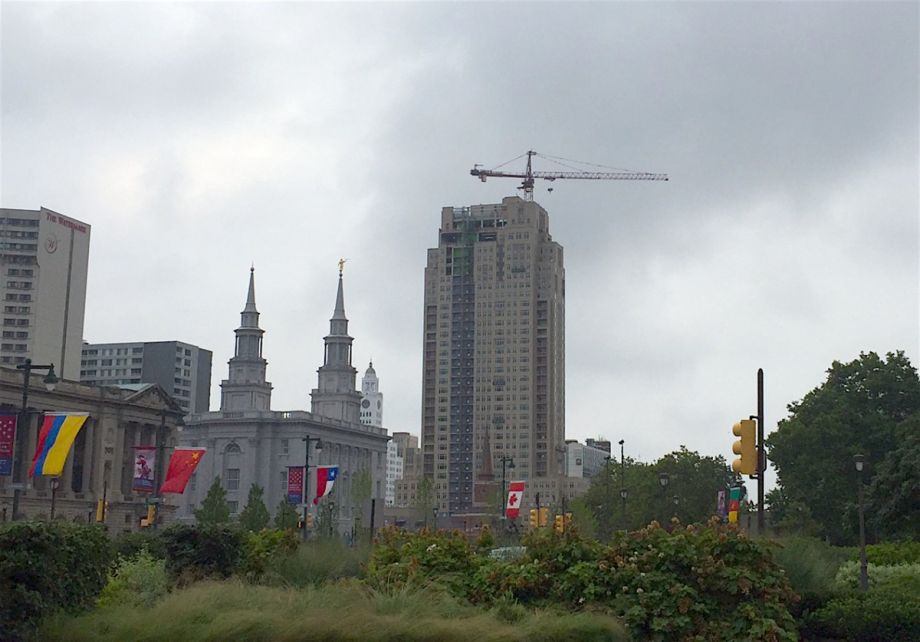 Philadelphia celebrated its 10th straight year of population gains in 2016, according to census data. But compared to other big U.S. cities, Philly’s 21st-century rebound has been modest, and taken as a whole, the city has a long way to go before it confronts the affordability crises plaguing places like San Francisco and New York.

Still, downtown Philadelphia has been transformed over the last decade or so. New hotels and apartment towers dot the skyline, and real estate prices have skyrocketed in the rowhouse neighborhoods that surround Center City. Some local officials now feel like the time is right to start locking in a measure of affordability before housing gets completely out of reach for average earners.

In June, City Councilwoman Maria Quiñones-Sánchez introduced a bill that would put a mandatory inclusionary zoning policy on the books. Under the policy, developers building residential projects of 10 units or more would be required to set aside 10 percent of units at rents or purchase prices below market rate. In the urban core, where the overwhelming majority of development has occurred in recent years, the set-aside units would be for renters earning up to 50 percent of area median income (AMI) or buyers earning up to 80 percent of AMI. (Philadelphia metro’s household AMI is currently $83,200.) Outside Center City, where most of the neighborhoods in Quiñones-Sánchez’s district lie, the income thresholds would be even lower: up to 30 percent of AMI for renters or 50 percent for buyers.

The proposal also includes an option to pay into a separate housing fund in lieu of building and offering below-market-rate units.

“We sit in council every day and incentivize development every which way we can,” Quiñones-Sánchez says. “Given the development that’s going on, this is the time to have this conversation.”

In fact, Philadelphia has had this conversation before. Sort of.

In 2007, another City Council member introduced a similar bill that would have mandated reduced-rate units in new developments with more than 20 units. In that proposal, the income restrictions were looser, setting aside units for renters earning between 80 percent and 125 percent of AMI. Opposed by the local Building Industry Association, the bill was never passed.

A few years later, when Philadelphia undertook a top-to-bottom overhaul of its zoning code, officials approved a voluntary, incentive-based inclusionary zoning program. In the few years that that policy has been in place, very few developers have made use of it. In one notable example, a waterfront developer claimed the density bonus, built the building, then backed out of including reduced-rate units, eventually agreeing instead to pay $3.75 million into the local housing trust fund.

Quiñones-Sánchez says that with 100,000 people on the waitlist for public housing, and the Philadelphia Housing Authority spending nearly $400,000 per unit on its latest developments, the city needs to extract more affordable housing out of the private market. And that it needs to be reserved for people who really need it. According to Paul Levy, president of the Center City District, greater Center City saw the development of 1,631 new residential units in buildings with 10 or more units in 2016, meaning that if Quiñones-Sánchez’s policy were in place, there would have been 163 new affordable units downtown last year.

But that’s assuming the policy itself has no impact on the market — an open question, and one that’s often seized on by inclusionary zoning opponents. While the mandates in the new proposal are also accompanied by additional height and density bonuses, the local BIA is reupping its opposition. And its argument echoes the standard reluctance about inclusionary zoning whenever it’s proposed in other cities — that rather than producing new affordable units, the policy will slow development altogether, and potentially cause cost increases for existing housing.

“Even with the zoning bonuses provided in the bill,” the group said in a press release, “the achievable market rate rents and sale prices in Philadelphia make the inclusion of affordable units as proposed unworkable, when taking into consideration the current price of land and that Philadelphia has the fifth highest construction costs in the United States.”

A 2008 policy briefing from the Furman Center for Real Estate and Urban Policy found that inclusionary housing policies in and around San Francisco had no notable impact on either housing production or housing costs, but that policies in and around Boston had created small decreases in production and small increases in costs. More recently, a report from the Lincoln Institute of Land Policy that surveyed policies throughout the country concluded that inclusionary zoning is a “proven strategy” for bringing affordable housing to desirable neighborhoods. In May, even the U.S. Interagency Council on Homelessness published a short primer on inclusionary zoning policies, encouraging cities to consider all the variables — mandatory versus voluntary, income thresholds, length of affordability and so on — when crafting legislation.

In New Orleans, developers are starting to make use of a voluntary inclusionary policy adopted a few years ago. In a July article in Planetizen, Washington, D.C., planning director Eric Shaw said that his city’s inclusionary policy is showing results as well, despite doubts about how effective it would be when it was adopted during a period of slow growth. (Shaw is a Next City board member.) At the end of last year, Portland, Oregon, adopted a mandatory policy requiring 20 percent of new units to be set aside for tenants earning up to 80 percent of AMI. By this point, inclusionary zoning policies are fairly widespread in cities, though their particulars vary.

If Quiñones-Sánchez’s proposal is adopted, Philadelphia’s policy will be on the more robust side of the inclusionary zoning scale, at least in terms of income thresholds and the duration of affordability (99 years in the proposal). And she says that’s appropriate, given the variety of ways that Philly legislators work to make development easier, including a by-right 10-year property tax abatement for new construction that officials seem perpetually reluctant to touch. Still, she’s expecting some opposition and a lot of negotiation ahead. She’s hoping to convene a working group in August, and have a final version of the legislation to put to a vote by the end of the year.

“We’re under a lot of heightened pressure by communities around affordability,” Quiñones-Sánchez says. “The need is just there. There are opportunities for us to leverage the private sector’s work … . We all need to be able to stand together and say, ‘No, this is the time.’”