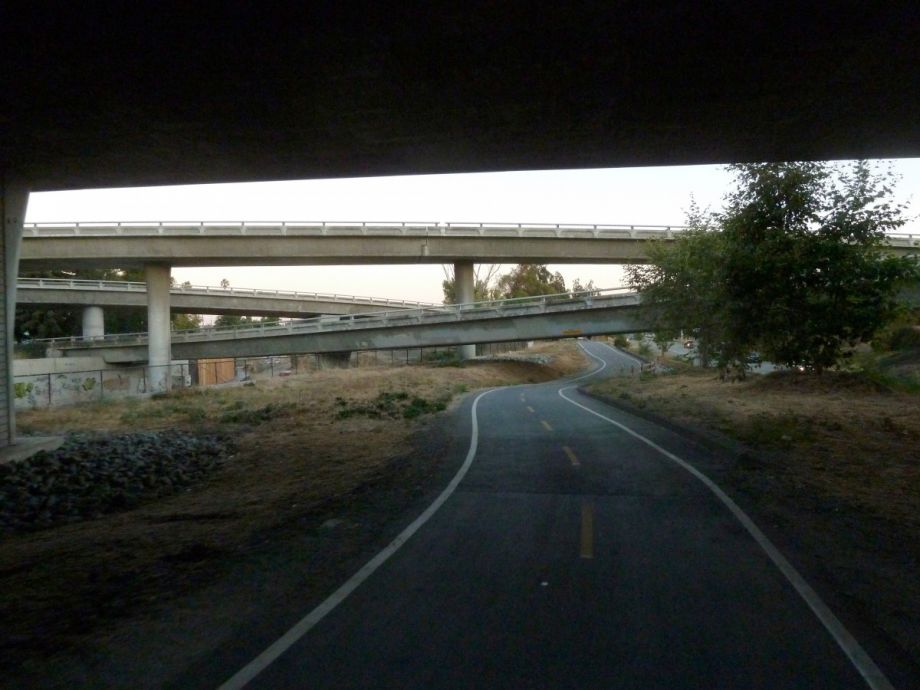 Three of eight projects to be funded through San Jose's first stab at participatory budgeting will lighten up pedestrian paths below freeways. (Photo by Miles Gehm/Flickr)

In San Jose’s first foray into participatory budgeting, residents have allocated $100,000 to fund improved lighting for pedestrian pathways below freeways, the beautification of utility boxes, increasing technology in schools and more. Over 500 people participated in the pilot program, which invited District 3 residents to propose and vote on which neighborhood projects would receive a portion of the public funds.

“Participatory budgeting has become a proven means of democratizing civic governance in hundreds of cities globally,” San Jose Mayor Sam Liccardo said in a statement announcing the results this week. “This pilot demonstrates how embracing ideas that come directly from our neighborhood advocates can help us improve our city with modest public funds.”

Residents submitted over 150 project proposals last November, which were then vetted by 18 “budget delegates” — District 3 residents who volunteered to research each proposal to ensure it was feasible and could be implemented on city property with public funds. District 3 residents ages 15 and older voted on a final list of 27 eligible projects via online ballots or in person at District 3 locations and a series of info sessions.

Of the eight chosen projects, three involved lighting pedestrian paths in underpasses, for $36,000 of the $100,000 pie. “The walking paths under the freeways are dark and scary,” read the proposals. “It is important that the new bulbs illuminate the pedestrian paths, not just the traffic lanes.”

Nearly $20,000 will be used to commission artists to paint utility boxes around the District. Up to 30 neighborhood welcome signs will be purchased and installed, at a cost of $10,000.

Two new portable soccer nets at a community center and local park will receive $600. Another $10,000 will purchase a radar speed check sign mounted on a portable trailer, which can be circulated among District streets.

Each of District 3’s 20 schools will receive $1,000 to spend on technology of their choosing.

Among the proposals that didn’t receive funding: $42,242 for solar-powered trash compactors, $18,702 for a sewing/knitting/quilting studio at a local community center, and $37,000 for a permanent 3D sidewalk painting.

Upon the city council’s approval of the FY 2016-17 budget, the chosen projects will be scheduled for implementation next year. Because of the pilot’s success, the city’s proposed budget also includes funding that will allow council members to expand the participatory budgeting process to their districts next year.