How Cities Use Participatory Budgeting To Build Place

Participatory budgeting models have the power to bring a wider array of stakeholders into the governance process. But cities are learning that there are some pitfalls. 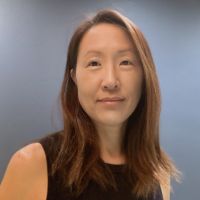 In this excerpt from “Hyperlocal: Place Governance in a Fragmented World,” urban historian Nancy H. Kwak traces the history of participatory budgeting, looking at the advantages of the inclusive, community-­oriented financing model pioneered by Brazil – while also highlighting some of the risks of overly local policymaking.

Cities around the world today are beset with problems of unequal development and spatial inequality. While the details of American suburban sprawl and urban decline might be unique to this country, the broader struggle over deeply unequal, segregated cities and regions is, unfortunately, one experienced around the world. Whether in the spreading rustbelts across shrinking industrial cities or in the mega­ cities and informal communities of the Global South, inequality is played out at the level of neighborhood and street — and it is visible everywhere.

At the root of these struggles over physical spaces and the right to the city are questions of governance that are local yet also global: How should governments, residents, business interests, nonprofit organizations, and others work together in ways that produce more meaningful, just, and prosperous connections between people and places?

To advance community-led placemaking, more and more cities are experimenting with participatory budgeting – a practice that institutionalizes collaborative governance by giving residents and other stakeholders a direct role in determining how to spend public dollars.

If placemaking is the process by which people make meaning in space, then it makes sense that one of the ways communities build place is by being able to decide what specific physical spaces should look like, what resources should go where, and what public amenities, roads, and sanitation should be installed.

Participatory budgets bring residents directly into government functions instead of relying on an outside structure to bridge the gaps between public officials, residents, and business interests. The local dominates. People living in neighborhoods discuss what they would like their streets to look like, what infrastructure is missing, and what ought to be changed in their shared public spaces. The community with inadequate street maintenance can explain why their needs ought to be attended to before neighboring communities’ concerns with a lack of public parks, for instance.

This kind of public discussion about the distribution of resources and hierarchy of needs builds a stronger sense of collective local identity as the city decides together which is­sues ought to be addressed and in what priority or order. In this way, participatory budgets give groups a sense of ownership over specific places and empower them to change that place in ways that are mean­ingful to them.

In other words, participatory budgeting has a place­making dimension in addition to the more obvious aspects of shared governance and equitable distribution of resources.

Since it first began in 1988, participatory budgeting has been used in cities in countries from Spain to Senegal to South Korea. In Porto Alegre, Brazil, where this model was pioneered, the practice began simply. The democratic socialist Partido dos Trabalhadores (PT) decided the most effective and efficient way to solve problems of segregation between the wealthy core and the pe­ripheral vilas was to transform the process of determining urban policy itself. Instead of reproducing inequality through a clientelist state, the PT dismantled the system of patronage-­based neighborhood asso­ciations and corrupt backroom deals.

In their place, the PT put together 16 clusters of neighborhoods into “budget regions” that then determined infrastructural needs and priorities through open assemblies. Once each budget region had settled on its priorities, they would elect two representatives to a municipal budget council that would then determine which departments would implement which tasks and with how much money. The city assembly would draw up the budget law and approve each year’s proposed spending plan.

There were costs and missteps, too. Because participatory budgeting as a process emphasized the needs at the local scale, large­ scale and long-­term projects with regional priorities got less political attention and support. A neighborhood was more likely to raise the problem of a broken local sewer system than the question of sustainable regional water planning, for instance. Shifts in national and state government funding systems brought serious fiscal challenges, too. With less revenue in city coffers, it became much more difficult to actually implement the plans agreed upon through this process.

At the same time, political leadership changed, with strong advocates for par­ticipatory budgeting leaving and the incoming mayor proposing a policy of Governança Solidária Local, which argued that the government could not single­handedly address the needs of indigent communities, and that it required a “network of co­responsibility” with communities and the private sector.

The new model made critical changes in the mechanism of gover­nance: Neighborhoods would no longer gather in assemblies to determine the priorities for their budget region. Instead, neighborhoods competed with each other to secure as many resources as possible for their community.

Federal programs to prepare the city for the World Cup in 2010 highlighted the role of businesses and invested in infrastructure that prioritized vehicular access over public transportation, and that resulted in the relocation of poor families from center to periphery. Worst of all, the rate of completed participatory budget projects dropped from 82% completion from 1994 to 2004, to 42% from 2005 to 2016—an indication that the success of par­ticipatory budgeting depended entirely on a sustained commitment to shared governance by all levels of government.

Despite these weaknesses in the Porto Alegre experiment, other cities still found — and continue to find — the participatory budgeting model compelling because of the way it brings underrepresented voices to the table and directs public investments to underserved neighborhoods.

Furthermore, digital tools may address at least some of the shortcomings in the future. As seen in cities from Lisbon, Portugal, to Pune, India, an online system of proposal submission has the potential to greatly expand participation. Hamburg, Germany, and Belo Horizonte, Brazil, use digital mapping and budgeting programs to educate the public, and online discussions, chats, and texted policy updates have been shown to facilitate public engagement in cities like Malaga, Spain, and South Kivu in the Congo. In Belo Horizonte, e­-voting is expanding the number of participants across a fairly large and dispersed urban population. U.S. cities like New York have likewise adopted digital voting to ensure a more truly democratic participation, and other U.S. cities, counties and school districts continue to develop local adaptations.

Since Black Lives Matter and the coronavirus pandemic opened up more frank conversations about racial and spatial inequality, many communities, businesses, and governments have been ac­tively seeking more inclusive practices of place governance. As the international story of participatory budgeting shows, American leaders do not need to rely only upon themselves for answers.

This essay is adapted from “Hyperlocal: Place Governance in a Fragmented World,” edited by Jennifer S. Vey and Nate Storring, with permission from the Brookings Institution Press and Rowman and Littlefield.

Nancy H. Kwak is an associate professor of urban history at UC San Diego. She is the author of “A World of Homeowners: American Power and the Politics of Housing Aid,” and she writes histories of housing policy for U.S. cities, as well as comparative and global studies of affordable housing, gentrification and urban informality.

Co-Governing to Build Back Better

Why Participatory Planning Fails (and How to Fix It)

What Can $1.3 Million Accomplish? NYC Residents Are Getting a Say

How A St. Louis Opera Theatre Is Putting The Community In Charge

Will Miami’s Underdeck Right A Historical Wrong, Or Leave Black Residents Behind Again?