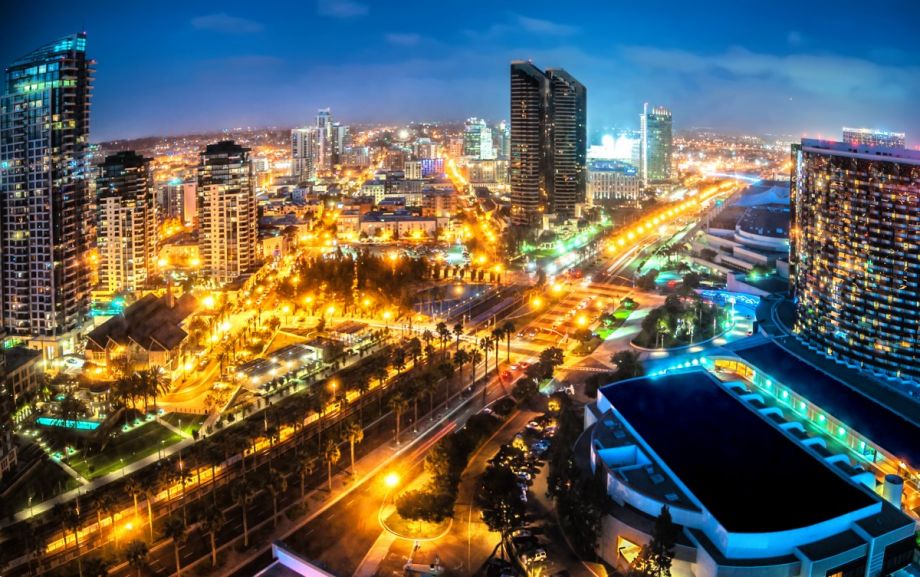 In a historic change of emphasis, the San Diego Association of Governments (SANDAG) released a long-range transportation plan last Friday that will spend billions on new and improved rail transit lines while cutting back on highway spending.

According to a report in the San Diego Union-Tribune, SANDAG’s new transportation plan calls for adding hundreds of miles of high-speed transit lines extending east to Poway, north to Escondido and up the coast to Oceanside. It also calls for a new light rail line from the Otay Mesa border crossing, north through National City and downtown San Diego before ending in Oceanside.

When all the routes called for in the plan are completed, SANDAG officials expect the transit share of all trips to rise from 1.5 percent to about 10 percent. Some of the funds needed to achieve this vision will come from scrubbing previously announced highway expansions.

SANDAG executive director Hasan Ikhrata explained the rationale for the shift this way: “Most congestion in the region is caused by the last 5 percent of vehicles entering the system. If I take twice that from the [highway] system, I create 100 years of capacity.”

In addition to trading roads for transit lines, however, tax increases would be necessary to fund the ambitious plan. The first of what would likely be several such increases will go before voters in 2020, when the San Diego Metropolitan Transit System will put a sales-tax hike on the ballot. The tax increase would require a two-thirds majority of all votes cast to pass.

The proposal drew mixed responses from the government officials in attendance at the announcement. Officials representing communities in the northern and eastern parts of San Diego objected to the removal of highway improvements already promised to their constituents. Meanwhile, the mayors of the county’s largest cities all backed the plan.

SANDAG did not put a price tag on the plan at the announcement, but it did say it would release a cost estimate in the coming months and that it expected the tab to run in the tens of billions of dollars.

The 21-km (13-mile) all-elevated line runs eastward from an interchange with Line 1 at San Miguelito through San Antonio and Hospital del Este to a terminus at Nuevo Tocumen. The line makes 16 stops along the way.

The new line will significantly cut travel time into the city center from the east. A trip that currently takes 90 minutes by road will take only 35 via the new metro line.

Ground for the line was broken in 2015. An 11-station southwestern extension to Parque Urracá is already being planned; it would include a second interchange with Line 1 at Iglesia del Carmen.

Uber Adds Transit Functionality to Its App in London

Uber users in London will now be able to get that question answered with transit information.

The tech and entertainment news site The Verge reports that as of April 29, London became the second city where users of its ride-sharing app will see information on transit options to their destinations along with the availability of cars.

The app will also show time and cost comparisons for ride-hailing vs. mass transit.

Uber first rolled out this functionality in Denver earlier this year and has plans to add it in many other cities in the coming months.

“London is home to the world’s most iconic public transport network, and we’re excited to now provide live transit information in the Uber app,” said Jamie Heywood, Uber’s regional general manager for Northern and Eastern Europe, in a statement. “Over time, it’s our goal to help people replace their car with their phone by offering a range of mobility options — whether cars, bikes or public transport — all in the Uber app.”

The move comes at a time when the company, which has at various times in the past presented itself as a complement and a competitor to mass transit, is facing criticism again for contributing to a decline in transit ridership. The Verge reports that in previous filings with the U.S. Securities and Exchange Commission accompanying Uber’s plans to become a publicly traded company, Uber identified mass transit as a competitor and a risk factor in its plans for revenue growth, but in its more recent filings, references to transit as a competitor were removed.

The Verge report remarks that “by integrating public transportation into its app, Uber acknowledges it is indirectly encouraging its customers to use a mode of transportation from which the company does not directly take in revenue. But Uber obviously benefits from training its customers to use its app over all the other apps that purport to be one-stop shops for transportation, like Transit, Citymapper, various e-scooter apps, and — of course — its main rival Lyft.”