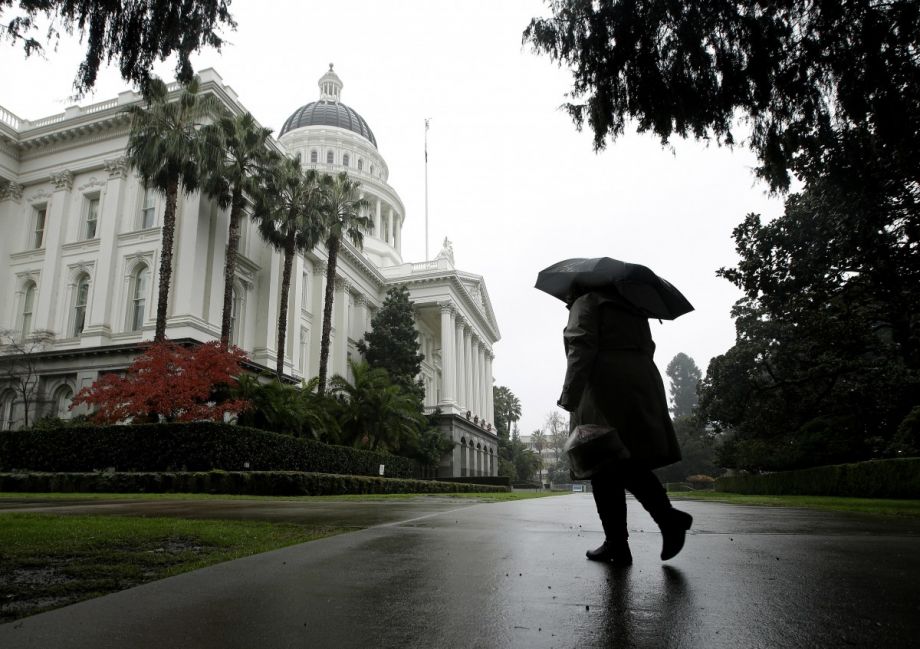 A storm passes over the state Capitol in Sacramento, Calif.. (AP Photo/Rich Pedroncelli)

Sacramento expects to add up to 68,000 houses and apartments over the next two decades. While the city has been encouraging increased density and growth, especially downtown, some city officials worry the streets aren’t ready handle the influx of new traffic. To help prevent increasingly clogged streets, city leaders say they plan to impose a “transportation impact” fee on most new construction to help fund biking and pedestrian infrastructure and expand streets, the Sacramento Bee reports. The idea is for developers — and, to an extent, those renting or buying new units — to help pay for increased transportation infrastructure.

The city is still nailing down amounts that would provide enough funding but wouldn’t overburden developers. Builders will likely pay between a few hundred dollars to more than $2,000 per residence, depending on its location and other factors. The fee could produce about $3 million a year, which could then be used as “local match” funds to help the city compete for federal and state transportation grants worth five times that amount. The fee amounts would also be lower in areas were the city is trying to encourage more housing, such as the center of downtown and within a half-mile of light-rail stations, as well as areas where housing is more difficult to build, such as south Sacramento.

City officials also named 20 road projects the proposed fees would help fund, including a new bridge for pedestrians, bicyclists, transit and cars over the American River and more walking and biking infrastructure for downtown.

The city has been hurting for transportation funds in recent years, in part from declining gas taxes as vehicles get better mileage and as electric power grows in popularity. The city also failed to pass Measure B, which would have provided an estimated $3.6 billion over 30 years for light-rail expansion, new bus rapid transit and other road projects.

Representatives from a local building association warned that too high of fees could make some products financially unfeasible.

“I understand the need for the fee,” says developer Kevin Smith, “but it is a bit of a hard pill to swallow for an infill development working to put people close to bus lanes, streetcars, bike lanes. It all ends up: ‘Where is the line?’”

Some city officials, however, say the fee doesn’t go far enough, and that the city still needs a broader sales tax to fund transportation. Downtown Councilman Steve Hansen told the Sacramento Bee that the developer fee “will make some intersections better and bring some safety improvements for bike and pedestrians. But this is not a solution for a region’s (transportation) needs.”

City Council will vote on the fee in late January or February.