How Transit Fared in the 2016 Election – Next City

How Transit Fared in the 2016 Election 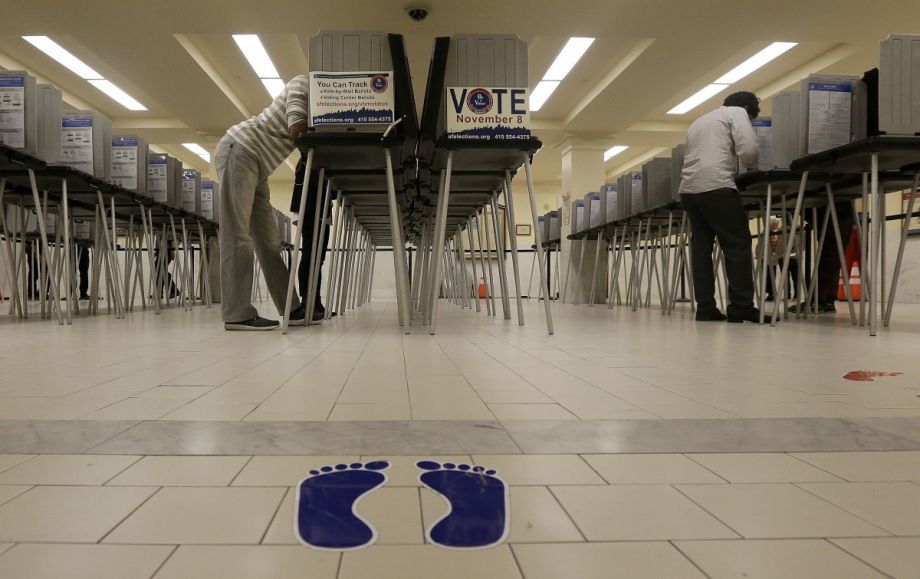 It’s finally over. Last night, after 20 months of primaries, campaigning, debates, ugly scandal, drama, allegations of criminal activity and so much more, Americans cast their ballots and chose their 45th president: Donald Trump.

Of course, the presidential race overshadowed essentially everything else. But there were a litany of important local, regional and state issues up for a vote yesterday including an unprecedented number of transit-related ballot measures. Voters in cities and counties around the U.S. decided on nearly $200 billion in transit funding, the most in any single election in the country’s history. One could optimistically read that as city and regional governments and voters recognizing that transit is an important piece for quality of life. Transit Center’s Jon Orcutt says it’s likely as much a product of necessity as it is desire.

“Cities and regions are taking their transportation futures into their own hands. The record number of transit ballot measures accelerates the wave that has been forming for years as the federal transportation program has declined in its ability to contribute to metropolitan transportation needs,” he explains.

To get a sense of what this trend means moving forward, here’s a look at the 10 largest transit-related ballot measures around the country and what they will do (or would have done) for their cities or regions.

UPDATE: The Los Angeles Times reports there are enough votes to pass by the required two-thirds majority.

King, Pierce and Snohomish counties, Proposition 1 — $54 billion — Passed
Sound Transit is the regional transit authority that operates Seattle and Tacoma’s light-rail systems along with the Sounder commuter rail and express buses throughout the region. Funded by a $54 billion package of increased sales, property and motor vehicle excise taxes, Sound Transit 3, the third phase of Sound Transit’s operations expansion, will add 116 miles of light rail including a second line in Seattle and a “spine” of rail from Everett to the north and Tacoma to the south. It will also increase commuter rail frequency, express bus service and create new bus rapid transit lines.

San Diego County, Measure A — $18.2 billion — Likely to fail — Did not pass
With 35.5 percent of precincts counted as of publication, Yes on Measure A has 57 percent of the votes. However, it requires a two-thirds majority to pass. As was the case in many California cities and counties, San Diego County voters were asked to raise sales taxes by one-half cent to fund transportation. The measure would have generated a little more than $18 billion over 40 years to pay for road and bridge repair, road expansion, transit, bike and pedestrian infrastructure, and more. About $7.5 billion of the package would have paid for transit including a new trolley line, increased frequency on existing lines and increased bus rapid transit. It is perhaps unsurprising the measure looks like it will fail, given the organized opposition from labor, environmental and active transportation groups as well as the San Diego Union-Tribune, San Diego’s mayor and other politicians.

UPDATE: The San Diego Union-Tribune reports the measure didn’t get the two-thirds necessary to pass: “With most votes counted as of 6:30 a.m. Wednesday, the measure had received support from only about 57 percent of voters in the region.”

Santa Clara County, California, Measure B — $6.5 billion — Likely to pass
Santa Clara County, which includes the city of San Jose, decided on a one-half cent sales tax increase over 30 years. It is expected to generate $6.5 billion, which will be used to extend a BART line to downtown San Jose and Santa Clara, improve some Caltrain lines with grade separation, bolster local transit service and fund road work. With 44 percent of precincts counted at publication, Yes on Measure B has 70.9 percent. As is the case with all the California sales tax increases, Measure B requires a two-thirds majority.

Columbus, Ohio, Issue 60 — $6.2 billion — Passed
The Central Ohio Transportation Authority (COTA) asked voters in Columbus and surrounding Franklin County to renew a .25 percent sales tax set to expire in March 2017. The sales tax currently provides about half of COTA’s local funding. Its passage will provide an additional $6.5 billion over 10 years, which will fund service expansion.

Greater Detroit, Regional Transit Authority Property Tax — $4.6 billion — Passed — Did not pass
Votes in Detroit and surrounding counties were asked to fund the Regional Transit Authority’s Master Plan with a $1.20 tax for every $1,000 of assessed property value. It is expected to raise $3 billion in local funding and an additional $1.6 billion in state and federal funds to pay for commuter rail between Ann Arbor and Detroit, new bus rapid transit lines in Detroit and expanded express bus service.

Sacramento County, California, Measure B — $3.6 billion — Did not pass
Sacramento County voters were also asked to fund a one-half cent sales tax increase (annually, sales taxes currently provide about $4 billion in transportation funding statewide versus $2.3 billion from the state gas tax). Measure B would have provided an estimated $3.6 billion over 30 years for Green Line light-rail expansion to the airport and new bus rapid transit. About 70 percent of the funding was earmarked for highways and other road projects. It fell just short of the two-thirds majority it needed to pass.

San Francisco Propositions J and K — $3.5 billion — Did not pass
San Francisco had two complementary propositions yesterday. Passed together, J and K provide $3.5 billion for homeless services and transit service expansion, infrastructure repair and more (along with some funding for bike and pedestrian infrastructure). Prop K raises sales tax by three-quarters of a percent for 25 years. Prop J dedicates about a third of funding to homeless services and two-thirds to transit.

CORRECTION: An earlier version of this article marked the props as “passed,” but while Prop J won, K failed, nullifying both.

Ventura County, California, Measure AA — $3.3 billion — Did not pass
Ventura County residents voted on Measure AA. Its passage would have raised sales tax one-half cent for 30 years to generate approximately $3.3 billion for the Ventura County Transportation Commission’s long-range plan. It was fundamentally a road-spending package, with 70 percent of funds earmarked for local roads and freeways. About 12 percent of the funds would have been used for bus and rail improvements, with bicycle and pedestrian infrastructure getting 3 percent. Votes were about 9 percent short of the two-thirds majority it needed to pass.

Atlanta, MARTA Sales Tax — $2.5 billion — Passed
Atlanta voters said yes to a one-half cent sales tax increase. It is expected to raise $2.5 billion over 40 years. Those funds will pay for a new light-rail line in southeast Atlanta, a transit station at Greenbriar Mall, and increased bus service and more.