Future of Urban Planning on Display in Rio’s Newest Museum 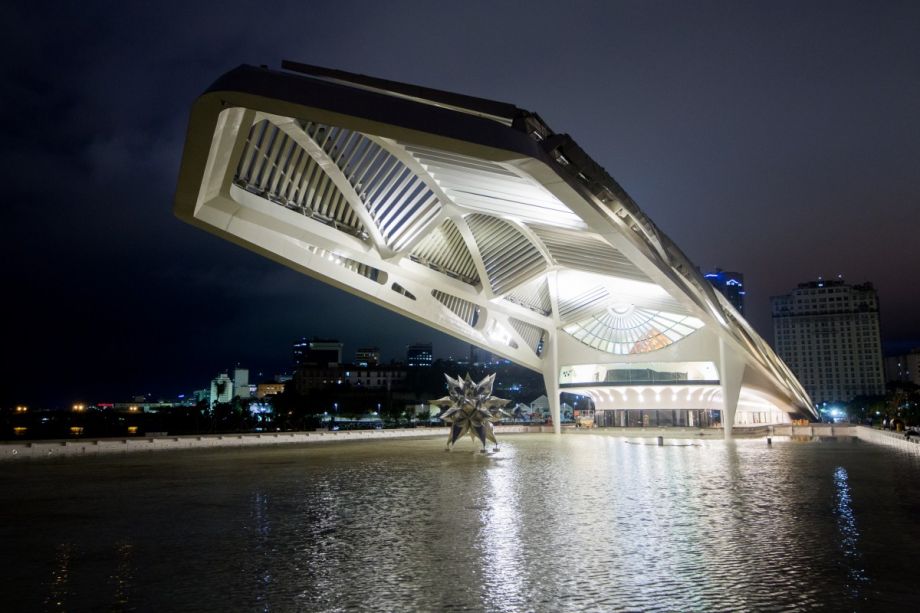 A new museum in Rio de Janeiro is taking a bold approach to addressing the future of the planet and its environment. The Museu do Amanhã (The Museum of Tomorrow) mixes science with an innovative design to focus on sustainable cities.

The museum’s exhibits will tackle issues related to the connection between cities and the environment, such as population growth, consumption patterns, climate change and the distribution of wealth. Fittingly, the main exhibit is more about ideas than softly lit objects, and asks the questions: Who are we? Where are we from? And where are we going?

“As the world becomes more and more urban, one of mankind’s greatest challenges is how we occupy cities,” Eduardo Paes, the mayor of Rio de Janeiro, said in a press release on this week’s grand opening. “The Museum of Tomorrow … has inspired reflection on our hopes for the city to be more integrated and more generous with public spaces.”

Located on the Maua Pier, and jutting into the black waters of Guanabara Bay, the building is designed to adapt to changing climate conditions, with adjustable solar panels, natural energy and light sources, and a temperature regulation system that relies on the bay water.

“The idea is that the building feels ethereal, almost floating on the sea, like a ship, a bird or a plant,” said Santiago Calatrava, a Spanish architect and the designer of the museum.

The Museum of Tomorrow is just one of dozens of new developments built or in the works for Rio’s “Porto Maravilha” project, which is quickly transforming the formerly working-class, industrial area into a district of luxury condos and office towers.

“The city of Rio de Janeiro is setting an example to the world of how to recover quality urban spaces through drastic intervention and the creation of cultural facilities,” Calatrava said.

Notably, amid the rapid change, the port area is also at the center of a rich Afro-Brazilian history. Next City contributor Greg Scruggs recently covered one designer’s efforts to preserve and highlight an old slave port called the Valongo Wharf there.