Researchers: Dallas DART Is Failing Those Who Need it Most 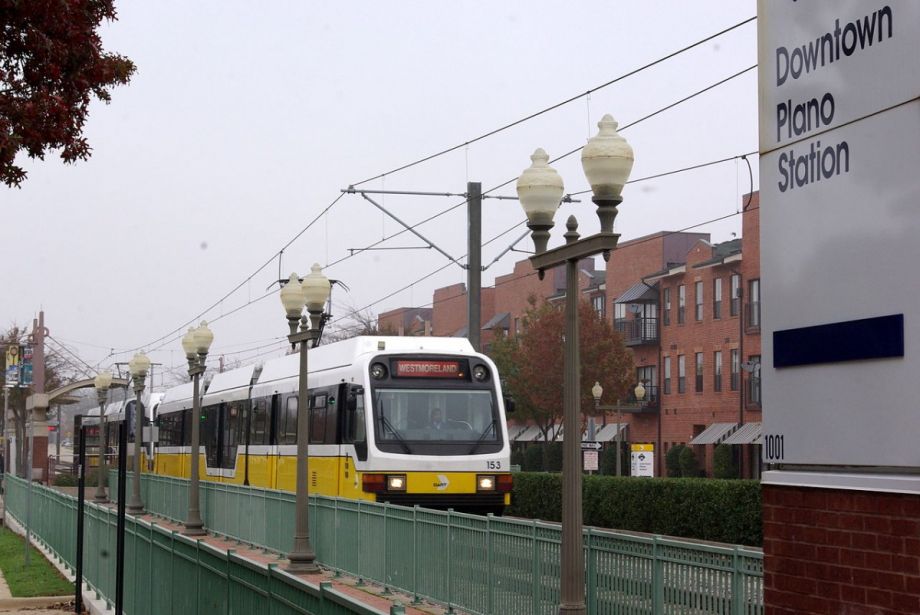 The most alarming figure from the briefing conducted by professor Shima Hamidi from the University of Texas at Arlington and the city’s Chief of Resilience Theresa O’Donnell earlier this week has to do with affordability: Transportation is unaffordable to 97 percent of Dallas’ population. Beyond that, the system doesn’t do a very good job of matching people up with jobs — upwards of 65 percent of transit-dependent residents have access to less than 4 percent of regional jobs — and the city’s characteristic sprawl makes transit difficult to access. Only about 20 percent of the population has access to high-frequency transit during morning and afternoon peak hours, and during off-peak hours, that number drops to about 9 percent.

Overall the research paints a picture of a system that has tried to keep up with sprawl (and, impressively, boasts the nation’s longest light-rail network) and failed. According to Dallas Magazine:

All of it reflects the end result of a city policy over the past few decades to support a brand of regional growth that has seen employment centers migrate northward. But by linking DART’s development to that regional growth — investing in a sprawling light-rail network as opposed to a functioning transit system — DART has only exacerbated the disconnect.

According to the magazine, DART has become more construction agency than transit agency, prioritizing building over strategic planning. To the credit of the Dallas City Council, however, it appointed an urban planner and transit advocate to the DART board last year, as Next City covered at the time — a move that could signal shifting priorities.

Another positive about the DART system, according to the report: Its fares are relatively affordable. The system’s lack of affordability has more to do with access than ticket prices — and the report concludes that “fare affordability may not be a key contributor to the relatively low transit ridership rate.”

But factoring transit access into the cost of living in Dallas does make the city less affordable overall, especially in the southern part of the metro region, where incomes tend to be lower. According to the report, around 73 percent of Section 8 Multifamily Affordable Housing properties in Dallas are not affordable when considering transportation costs. And transit isn’t solely to blame — only about 34 percent of jobs can be reached in 30 minutes of driving for Dallas residents. 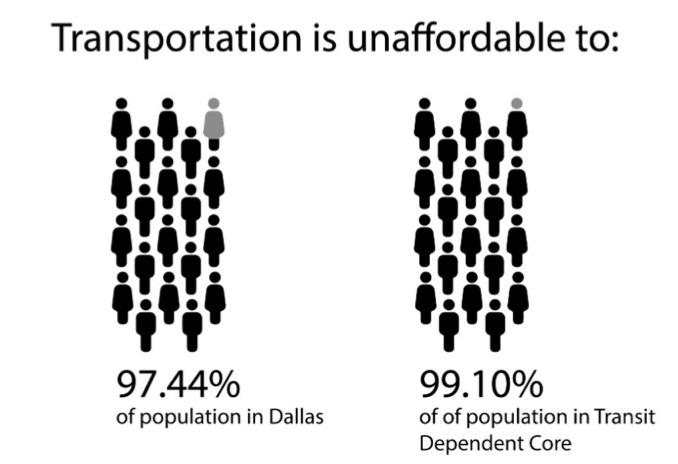 (Credit: University of Texas at Arlington and the City of Dallas)

What’s more, since 2000, the poverty rate within the city of Dallas has increased roughly 22 percent. Meanwhile, the city’s population has increased only by about 10 percent.

Dallas Magazine calls the report a “bombshell” but none of it is particularly surprising given the metro region’s history of prioritizing parks, sports arenas and police services over transit, and growing ever outward. Hopefully it will help inspire change. As Dallas Magazine puts it: “Now it is time for our elected public officials and the representatives on the DART board to hold the public transit agency’s staff’s feet to the fire.”