Regulate Cars, Not Pedestrians – Next City 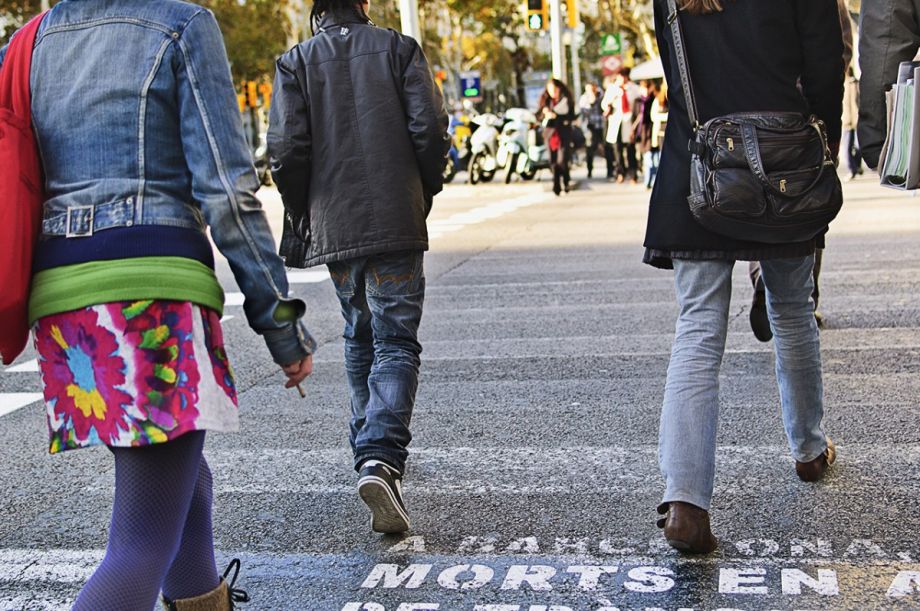 The National Highway Traffic Safety Administration (NHTSA) did an admirable and important thing when designated October as Pedestrian Safety Month. Pedestrian deaths have been growing dramatically in the last decade, so it is good to finally see this public health crisis receive the attention it deserves.

But NHTSA’s accompanying “Pedestrian Safety Playbook” is a damning illustration of how NHTSA and its umbrella agency, the United States Department of Transportation, evade their own responsibility for the problem.

During the last 10 years we have seen pedestrian deaths climb about 50 percent. This increase stands apart from what we see for passengers and drivers and defies the pattern in the rest of the wealthy world. In addition, the most vulnerable and marginalized — elderly, Black, Native, Hispanic/Latino, low-income, and disabled — are bearing a disproportionate share of the death and injury toll, which now totals more than 6,400 a year.

But rather than draw attention to the structural causes — unsafe roadway design, ever-larger-and-more-dangerous vehicles (SUVs and trucks) and a series of demographic trends like the aging of the American populace —- NHTSA’s Pedestrian Playbook falls into a trap we see all too often around this issue: blaming the victim. NHTSA elevates behavior change as the key element of safety, with far too great an emphasis on pedestrian behavior.

It also instructs pedestrians to take extraordinary precautions like waving flashlights as they walk, perhaps appropriate for rural roads with no sidewalks, but not for cities, suburbs or small-town America. The truth is that too many Americans are living in neighborhoods that do not have proper street lighting. And many are getting killed doing things like making short trips to and from cars or nearby shops — not setting out on long journeys with traffic safety at front of mind.

We know what can protect pedestrians. We need sidewalks, streets, crosswalks, and traffic signals designed with their safety in mind — especially in areas where there may be drinking or where older people are trying to cross. We also know that people driving slower are less likely to strike and kill a person walking. USDOT and NHTSA have the authority and resources to make streets safer. What they don’t have is the political courage to do it.

First, NHTSA regulates car design. They are the folks who have given us seatbelts, airbags, and automatic braking systems. But they have focused their resources to protect people inside cars, not the people outside of cars. There are solutions at hand. For example, pedestrian detection, while not yet perfect, has been shown to work in tandem with other technologies to reduce pedestrian crashes by as much as 35 percent. Europe will require new cars to include GPS enabled speed limiters by 2022. We could do the same to slow speeds in areas with pedestrians. The federal government could release the hold on the rule proposed by President Obama’s Administration that would, for the first time, test cars for their impacts on crash test dummies outside of cars and rate their performance. This is especially pressing as recent data has confirmed that SUVs — which have come to dominate the new car market — are two-and-a-half to three times more likely than sedans to kill pedestrians when they strike them. NHTSA’s regulations to change vehicles to protect drivers and passengers have been working. Let’s use the same strategy to protect pedestrians.

Next, USDOT helps determine what transportation infrastructure gets built and how. Right now it’s heavily weighted towards highways and road expansion — which encourage driving and higher speeds as well as create other impacts to people and the environment. To reduce bloodshed, we need to prioritize sidewalks and crosswalk construction and practical alternatives to driving, like better transit. What if federal funds were only released to jurisdictions that were adopting engineering standards that reduced auto speeds and prioritized pedestrian safety? The fact is that we know how to engineer streets to be safer for pedestrians (and we see examples of that around the world and in a number of American cities), we just don’t have the will.

We recognize that some of these changes would take more than agency regulators getting their priorities straight. Congressional and presidential leadership would also be required. But with pedestrian deaths continuing to grow every year, and the known public health and climate benefits of walking, we think it’s time to stop telling pedestrians to wear high visibility clothing. Instead, let’s wisely use the proven tools of our government to protect the common good.

Mike McGinn is executive director of America Walks and a long-time climate and active transportation advocate. He was mayor of Seattle from 2009-13.