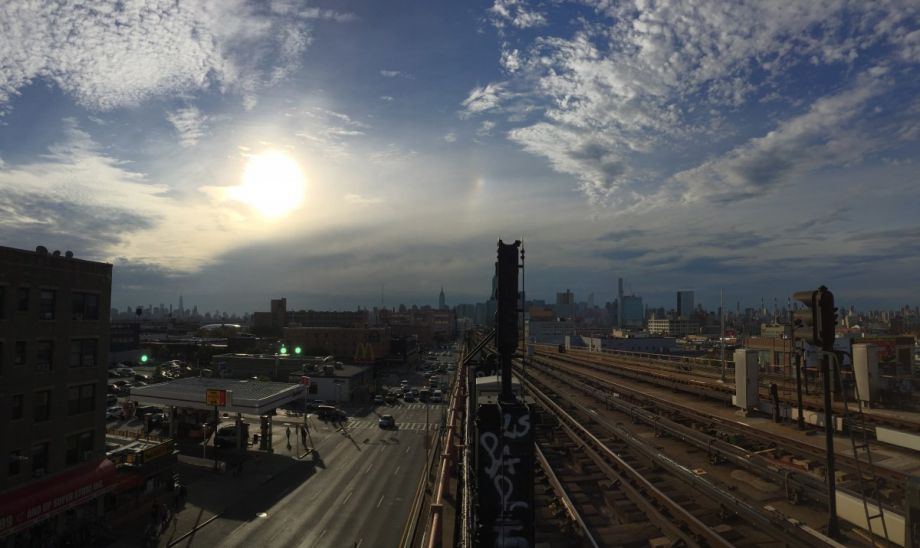 Many immigrants arrive in the U.S. seeking opportunity in America’s big cities, but unfortunately, opportunity isn’t the only thing waiting for them. There are also the scammers.

It’s not just newcomers getting caught in their webs. Originally from Mexico, Andrea Martinez and her husband, Javier Amabo De Roman, have been through several apartments over the course of eight years living in the New York City area. When Andrea became pregnant earlier this year, it was time again to enter the fray. For the first time, they turned to Craigslist. Once the weather starts to get warm, apartments in New York City can get taken within hours. Renters are ready and willing to pony up their hard-earned savings to pay “the three rents” — first month’s rent, deposit and the broker’s fee — in order to speed up the process.

Andrea and Javier say they forked over $4,000, about four months’ savings, to a broker company.

The couple alleges the company rep made lots of promises, showed them a few nice apartments, and soon started to evade their calls and make excuses. They went to the police to report their money stolen and were told nothing could be done for only one case. Come back with a bunch of cases to report — a “crime against the community,” they say they were told.

Andrea took the advice to heart. She started finding other clients of the same company, talked with them and heard similar stories.

“Here in Queens, especially, us Latinos are a very easy target,” Javier says. He means that many people have weak, if any, social networks, no social security cards, no credit, expired visas (if any), and very little or no English-speaking skills.

Still, so many hard workers like Andrea and Javier manage to save up thousands of dollars, only to have it swindled away by a cottage industry of scammers targeting immigrant populations.

The couple started encouraging those who may be victims to approach Make the Road NY (MRNY), a membership-based organization that provides services and does advocacy for immigrant, poor and working-class communities in the outer areas of New York City and also Long Island.

Unfortunately, not every caller follows up with a visit to Montaña to file an official complaint with the state attorney general’s office. They’ve filed around 40 complaints of rental fraud, including Andrea and Javier’s. Another gentleman filed a complaint against that same company for the amount of $175,000, handed over with the expectation of getting help finding a house.

“I think it’s based a lot on the stress of the housing market,” Montaña says. “We’re curious about rental fraud trending upward among wealthier apartment hunters, although they are not nearly as vulnerable.”

Filing a complaint doesn’t do much on its own.

“Every agency has a little corner of the problem, but no one is tackling it holistically,” Montaña says. The attorney general takes the complaint. Precincts and prosecutors squabble over whose jurisdiction it is to investigate. No one is sure sometimes whether these are criminal or civil cases. Small claims court in Queens is backed up for months, and schedules only one evening of courtroom proceedings per week.

“Mechanisms are there, but it’s not really accessible to the community,” Montaña says. “Few know the difference between all the different agencies. So they don’t complain.”

There are other enforcement channels. As issues like these arise, public officials may collect information informally before launching a formal investigation, which may or may not lead to a court case. They may issue cease and desist orders to those being investigated. If it’s big enough, either in terms of dollars defrauded or numbers of cases, and they go to court, and if the judgment goes in the public’s favor, there may be a penalty levied that goes into a restitution fund. Even at that point, there’s still no guarantee victims will get back every penny they lost. It may be very little, by comparison.

“We’re still gathering information and trying to see how we can collaborate with agencies and constituent services offices of local elected officials,” Montaña says. “Education and outreach are very important. No one really knows how big this is.”

“It’s a little bit hard to get the victims together,” Javier points out. “Some victims still believe in the promises.”

The company that Andrea and Javier encountered has since closed its office. No one I talked to knows why. It hasn’t seemed to stop them from finding more victims, Montaña says. Three more came to her this week.

“It still feels bad thinking about what happened,” Javier says. “But I see all these people here and say, ‘welcome to democracy, welcome to the fight.’ It’s a process. It’s going to take a little time, but I believe we can get some results.”