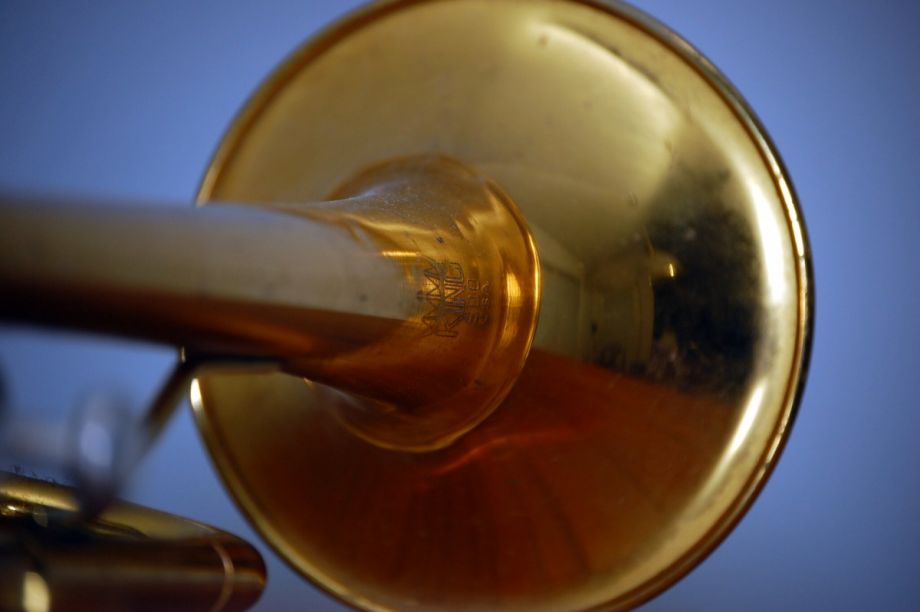 The Central Branch of Brooklyn Public Library appears to be like any other — with fluorescent yellow lights, linoleum tile floors, and a nostalgic fragrance of dusty books. On a Friday afternoon in January, the three-story building is packed with the usual suspects — tired-eyed graduate students poring over textbooks, senior citizens reading cellophane-wrapped biographies, children running back and forth among it all. But in one quiet wing on the third floor, the 78-year old institution goes beyond a place to read and rent books. There, it becomes New York City’s only library branch where patrons can take home musical instruments — for free.

For a 30-day period, any library-card-holder (with the permission of an adult, for minors) can take home instruments that range from electric guitars and keyboards to drum pads and cowbells. The library also boasts on-site recording studios, where borrowers can freely play.

“It was so popular right away — we started with 20 instruments and in the first 24 hours, the instruments were all booked up,” said Peter Otis, manager of the music lending program and a librarian within BPL’s arts and history division.

The program launched in May 2018 when Otis and two colleagues applied for a $10,000 grant with BKLYN Incubator, a seed funding initiative for innovative library programs addressing community needs. The fund has recently supported projects like a board game exchange and an intergenerational story-recording booth, but the instrument lending program, Otis says, has become one of the incubator’s only permanent services.

Having loaned over 600 instruments to date, Otis says patrons email him everyday with requests, and that the service’s continued popularity is likely due to a privilege gap. “There are all sorts of reasons why someone might not have access to musical instruments,” he said. “Maybe someone has always wanted to try it out, but couldn’t because instruments are so costly.” 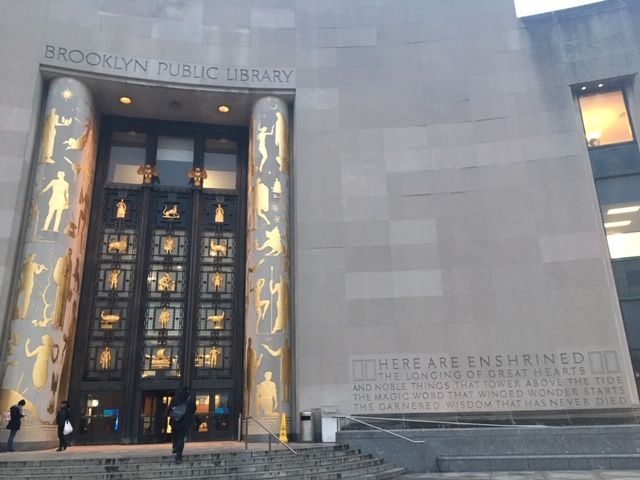 Even when bought second-hand, most instruments cost several hundred dollars, and in a borough where one fifth of residents live below the poverty level and almost 12 percent are food insecure, every dollar counts.

“Most people who live in this neighborhood couldn’t afford to buy or rent an instrument on their own,” she said of her Parkdale branch, which has operated an instrument lending service since 2016.

Kwang explains that Canada launched the program when Sun Life Financial, an insurance company, approached Parkdale’s library with the idea and a two-year grant of $140,000. Rather than sponsoring concerts or music workshops, the grant was strictly to buy and maintain instruments. And unlike Brooklyn, Toronto also relies on instrument donations from the community — a more environmentally sustainable alternative.

Since opening in Parkdale, Canada’s music libraries have both grown in collection size — Toronto’s two branches alone have 250 instruments — and expanded to ten other “priority locations,” including branches in Ottawa, Halifax, St. Johns, and Winnipeg.

“We know people who travel an hour on public transit just to borrow an instrument,” Kwang said, adding that Toronto’s third city branch is in the works. But she noted that the instrument loans have “increased usage” among other library materials, too. “When someone borrows a keyboard, they might see if we have scores or keyboard books for beginners that they could rent.”

The same is true in Philadelphia. At the city’s Free Library, which has run an instrument lending service since 2016 and currently has 45 instruments available , librarian Leanne Fallon says that the initiative has been “a persuasive way to get someone to get library cards.” But she remembers that the program was first rooted in concern for wellbeing — when the branch’s digital resource specialist cited research connecting mood, school performance, and quality of life to playing a musical instrument.

Representatives from the three libraries all admitted that the initiative’s greatest challenge — keeping up with demand — is also evidence of its success. While Canada specifically prioritizes operations in locations with physical space to hold lots of instruments, New York has had to cap its collection and turn down community donations due to space constraints.

There’s also the fear that sharing instruments could discourage buying them from local music stores. In Toronto, for instance, one patron raved that the music library was “the best deal in town — much cheaper than renting.” But Kwang says that the opposite is true, insofar as the service has encouraged local business if, for instance, borrowers test out the instrument and then decide they want to buy it. And the other cities proactively involve neighborhood organizations — Philadelphia employs a local shop to repair the instruments, and Brooklyn bought its string instruments from a nearby Guitar Center.

In places without formal lending libraries, some residents have taken matters into their own hands. In Massachusetts, The Musary — a nonprofit created in honor of Ra Ra Riot rock band founder John Pike — helps to facilitate individual borrowing, group loans to schools, and “instrument playgrounds in the community.” And across the country in California, Jason Cool, a musician and construction worker, has taken that concept on wheels – creating a “library truck”.

“My grandma had 21 children and all of them played music. Later, I’d buy cheap instruments to have jam sessions with friends,” Cool reminisced. “But as I got older and began working in the Federal Reserve and stock market, I saw that someone was always left behind, and I was looking for a format that would benefit everyone.”

Cool reasoned that humanity’s obvious common denominator was music — a “feeling that everyone has, that starts when you’re a fetus next to your mother’s heartbeat.”

In practice, that’s meant driving a forest-green truck around Sonoma County and letting onlookers take home his instruments, or live-test them then and there. As Cool’s digital calendar broadcasts, he’ll go to farmers’ markets, concerts, and schools, and he doesn’t worry much about how and whether people will return them. “Since running the program, I’ve only lost two, and I’ve had 600 instruments donated.”

Cool says his goal is to have a brick-and-mortar base, especially since maintaining the truck is costly. For now, that’s why he suggests a $20 donation per rental. But Cool doesn’t see libraries as the answer, since they’ve previously rejected his operation — which also invites musicians to play on-site — for being “too loud.”

Still, a growing number of traditional public libraries seem to see instrument lending as essential. When Brooklyn Public Library’s Peter Otis had pitched the program, he said his colleague Harold Stern had an illuminating analogy.

“Music is a language just like any other, and this — encouraging patrons to understand that language — is part of a library’s mission to encourage literacy.”