How Prison Gardens Help Inmates and Save Money – Next City

How Prison Gardens Help Inmates and Save Money 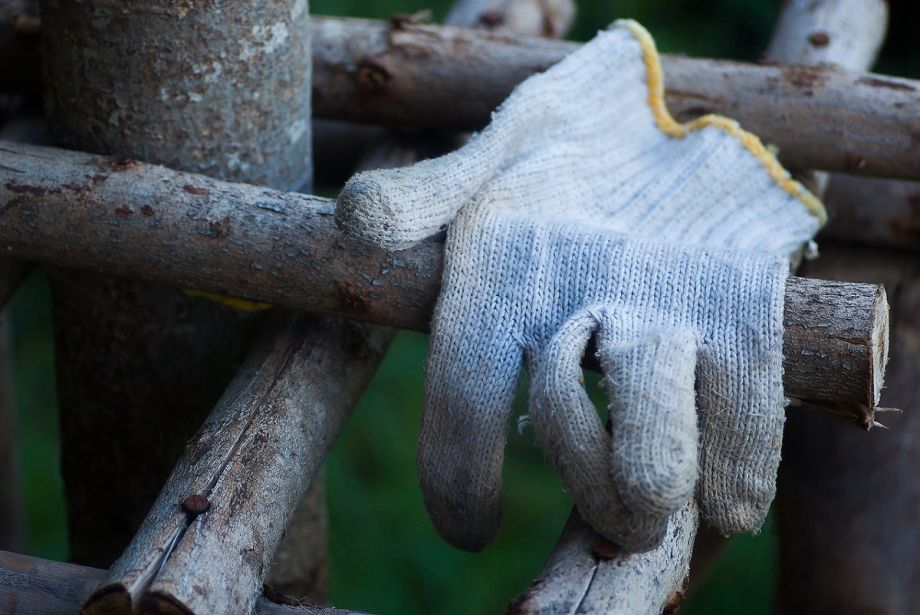 “A garden was one of the few things in prison that one could control. To plant a seed, watch it grow, to tend it and then harvest it, offered a simple but enduring satisfaction. The sense of being the custodian of this small patch of earth offered a taste of freedom” — Nelson Mandela, “A Prisoner in the Garden.”

Stretching across 1,600 acres, Pennypack Park is one of Philadelphia’s largest green spaces, flush with bike trails, wetlands and wildlife. On the fringes lies a no less daunting, albeit drab, expanse of earth that houses humans.

Over the last few years, there’s been an effort to break down the artificial boundaries separating the prisoners at the Alternative and Special Detention division of the Philadelphia Prison System’s Northeast complex, where more than 5,000 prisoners are currently living, from the greenery nearby. Directly behind one of the houses of correction lies a dry cleaning facility, and behind that, a makeshift horticultural campus with a nursery, a retention pond and an educational trailer where planting demos take place. Since 2010, the Pennsylvania Horticultural Society (PHS) — best known for putting on the annual (and opulent) Philadelphia Flower Show — has been training prisoners in plant propagation both inside and outside the walls, with an eye to successful reentry.

Roots to Re-Entry, or R2R, blends vocational training with horticultural therapy. It’s as much about imparting valuable hands-on skills to inmates, who might in turn find green jobs upon release, as it is about instilling a spirit of hope, endurance and patience — virtues needed for both gardening and serving a sentence.

“A big part of the training is emotional intelligence. How do you cope with not being good at something?” asks Mai Schwartz, program coordinator at PHS. “We want everyone to take ownership of a project to complete, which is why we’ve been moving to a self-directed learning model.”

During its seven-plus years in existence, R2R has transitioned from being a program that primarily works with prisoners behind the walls and through work-release agreements, to now, focusing on recent parolees. The basic structure of the program remains the same. Prisoners who are eligible for reentry programs — criteria that’s largely determined by the correctional facility, typically only including people who’ve been sentenced — can apply, then receive a four-week crash course in areas like planting, garden machinery and weeding.

A second phase of R2R revolved around a work-release component that saw participants shuttled to and from jail to job sites. “They were still getting paid jail wages,” says Tim Majoros, a PHS educator who spent five years working on the program. “It’s not full reality when you’re technically still going back to jail by 4 p.m. every day.”

In 2015, Majoros piloted a six-week paid internship for recent parolees, taking the place of the work-release component, which has since become the normal trajectory for R2R participants. PHS has even begun working with recent parolees who they didn’t have contact with while they were in prison. “It’s all about finding different points of entry,” says Majoros.

Gardening, for R2R participant Isaiah Sangho, was a foreign language at first. But it quickly became a personal passion. “By the fourth day, I was starting to put together my own plants, taking little weeds and planting them,” recalls Sangho, who’s from one of Philadelphia’s roughest neighborhoods, Kensington. “I wanted a whole garden by the time I got home. It became a habit to me.”

It’s not hard to see why prison gardens are making a comeback. According to a 2011 Justice Department report, “The Greening of Corrections,” 30 percent of correctional systems reported (at the time) adding new green education and training programs. Research has shown myriad benefits that prison gardens can create, such as reduced recidivism rates among participants in prison gardening programs, lower rates of depression and improved mental health, and cost savings at criminal justice centers as a result of better nutrition and exercise for inmates.

Across the United States, programs like R2R have been cropping up in prisons, from Rikers in New York City to California. The concept is not a 21st-century innovation. Prison gardens were more plentiful 50 years ago, but the country’s increasingly draconian criminal justice system eroded lots of the positive means of rehabilitating inmates, including gardens. The trend has recently began to reverse.

In Philadelphia, R2R works with a number of reentry organizations, such as RISE, in order to recruit more participants. In all, R2R has worked with 115 individuals, with a 77 percent job placement rate and 37 percent recidivism rate (significantly below the city’s recidivism rate overall), according to PHS. There are opportunities for R2R participants to go on to work at other PHS programs, such as the land rehabilitation LandCare initiative. For those individuals who’ve spent years working with R2R, the connection is invaluable. “Immediately out of jail, these guys have a reference,” says Majoros. PHS will refer R2R participants to a network of employers, in landscaping, restaurants and more.

Since being released in April 2016, Sangho has received several temporary landscaping jobs, for which he credits R2R. While he’s still looking for a salary that’s more stable, his optimism is evident over the phone. “Right now I live in a little small, uptown community in the heart of a suburban area,” he says. “I’m not financially settled, but I feel like I’m in a better place for myself.”