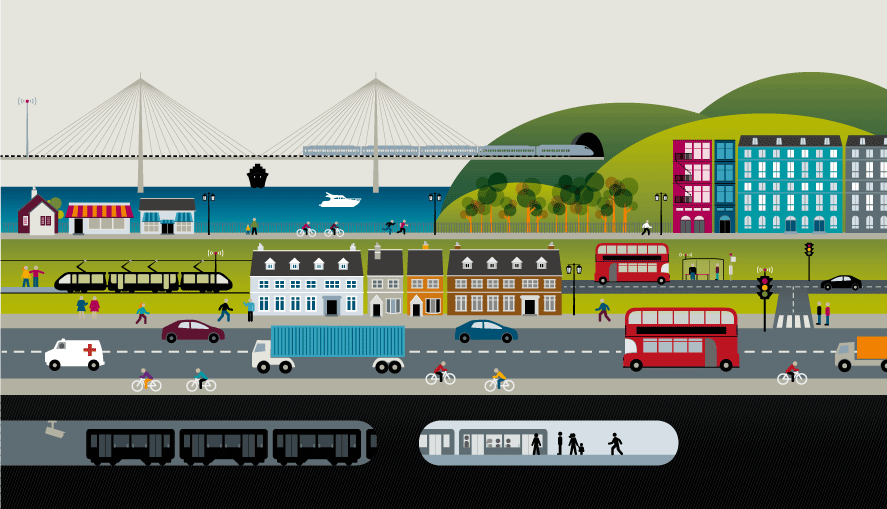 As Hurricane Sandy lashed Manhattan with 85-mile-per-hour winds last year, cameras monitoring the island from across the East River recorded a huge explosion. For a few moments, fireballs lit up darkened skies. Then large sections of the city were plunged into darkness. It was one of the most dramatic episodes in a power outage that would shut down the city and surrounding region for days.

The spectacular blast came from an electrical transformer in a 13th Street substation run by utility ConEd. The site had been designed to withstand a storm surge of up to 12.5 feet, no match for Sandy’s 14-foot storm surge or for a reality in which extreme weather-related events are more and more frequent.

Between 2000 and 2012, natural disasters — including weather, health and seismic events — caused $1.7 trillion globally in damages, according to a report released today by Arup, Siemens and the non-profit Regional Planning Association.

Facing such a challenge, where should city leaders turn? Engineers and planners suggest that a new paradigm, which they call “resilience planning,” is needed.

“Resilience is the ability of a system to survive and thrive in the face of a complex, uncertain and ever-changing future,” the report’s authors write in a foreword to the 60-page document, titled “Toolkit for Resilient Cities.” “It is a way of thinking about both short term cycles and long term trends: minimizing disruptions in the face of shocks and stresses, recovering rapidly when they do occur, and adapting steadily to become better able to thrive as conditions continue to change.”

The authors have a dog in this fight, since upgrading infrastructure technology will require the assistance of experienced engineers, contractors and consultants. But their combined record also demonstrates that they know these issues better than others. Siemens, the German electronics and engineering company, last year opened a permanent exhibition about sustainable urbanism in London’s Docklands, while Arup made its name in providing the structural engineering for such iconic properties as the Sydney Opera House. The RPA has been making recommendations for infrastructure and development in the New York area since 1922.

At the core of the approach is a fundamental shift in the posture of leaders: When it comes to securing infrastructure, cities need to go on the offensive. They must recognize the interdependency inherent today’s networked, urban world and invest in new infrastructure and technology that can minimize disruptions.

Last year in Calgary, Canada, for instance, a data center fire brought on by a transformer explosion caused large parts of the city to literally freeze. Services shut down and hundreds of surgeries at a local hospital were delayed. Banks could not make transactions. The system collapse could have been prevented with a more holistic and secure system design, the authors argue. They cite a data center in Geneva, Switzerland protected by a central management system with “over 800 smoke detectors, fire control panels, nitrogen based extinguishing solutions and video surveillance at all major entrances.”

Resilience requires that planners first step back and appreciate the complexity of the contemporary city. As the authors write, cities function as a “system of systems.” Though she is not mentioned by name, the spirit of Jane Jacobs is present in this point. In the last chapter of her The Death and Life of Great American Cities, Jacobs insists that cities should be examined as “problems of organized complexity.”

Resilient infrastructure represents a significant departure from the top-down, command-and-control approach of the past, the authors write. Instead, governance needs to take a whole-system approach, taking advantage of the interdependency between sectors through greater coordination and communication. They point to the power of grassroots leadership in New York following Sandy and in Chicago during the 2011 heat wave, when community leaders delivered essential on-the-ground support in the face of a citywide system failure.

Likewise, hard systems can be decentralized and thus, more effectively able to serve localized communities in the case of a disruption to the larger system. “Energy, transportation and water infrastructure can be designed to operate both as part of a large system and to serve a more localized community independently of the wider network,” the authors write. Microgrids — small, independent distributors of locally generated energy — exemplify this approach with their ability to function as part a larger grid or, in the event of a wider outage, their ability to take over and deliver power to nearby residents.

The report cites a steam turbine installed in Co-Op City in the Bronx, which during the Sandy outage was able to continue providing power for 14,000 apartments in 35 towers. And the project made financial sense, too. After only five years, the initial capital had been returned, helped by selling surplus power back to larger utilities.

These conflicts prove that resilience may also require a new kind of unabashed wonkiness. Despite an aversion to a fully command-and-control approach to design and operation of infrastructure, planners committed to resilience see monitoring the multitude of city systems from a high perch as critical to averting disaster. In this vein, they recommend the creation of war-room style centers that can integrate data coming in from a variety of agencies and utilities. It is the kind of tearing down of walls seen in places such as Mayor Michael Bloomberg’s city hall and Google’s corporate offices.

A policy of breaking through barriers also clarifies that infrastructure, while critical to the safety and well being of citizens, is not the only component of urban life. Infrastructure is but one system within a larger system and, the authors write, “compromises must be reached between the need to preserve existing urban character, and the need to protect the city from future hazards.” A large enough disaster would leave little character left to defend.

If they recognize this pragmatic character of the resilience approach, city leaders could ultimately introduce a new realism to their infrastructure efforts — a way to approach problems that is neither utopian nor shortsighted. The best case may be the bottom line. The report estimates, for example, that New York could spend a total of $3 billon over the next 20 years by simply repairing its present infrastructure as each new weather disaster strikes. Or it could invest in $400 million on upgrades now, and perhaps save up to $2 billon in the long run. It’s a choice that seems good for taxpayers and good for the city.

The authors of “Toolkit for Resilient Cities” will be joining the Future of Cities LinkedIn group this week to discuss urban resilience. Click here to join in.