What Happens When Welfare Disappears – Next City

What Happens When Welfare Disappears 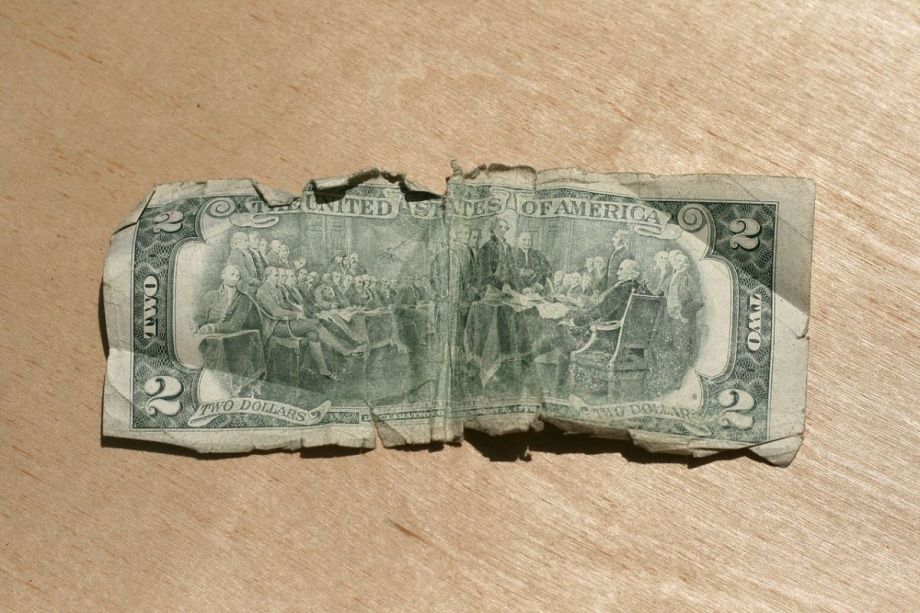 “They don’t give that out anymore.”

“I don’t know anybody who gets it.”

“They told me to come back next year.”

These are just some of the things families said to Kathryn Edin and Luke Shaefer when they asked about Temporary Aid to Needy Families (TANF), the U.S. federal government’s cash assistance welfare program.

Edin and Shaefer are the authors of $2 a Day: Living on Almost Nothing in America, released last week. The book takes a long, hard look at what happens to the people and families left behind when welfare disappears.

They studied 18 families, and featured eight in the book. The stories put a human face on trends Edin and Shaefer found in U.S. Census Bureau data, which showed roughly 1.5 million households (with around three million children) were surviving on cash incomes of less than $2 per person, per day, in any given month.

In the 15 years after the landmark 1996 welfare reforms, the number of families experiencing $2-a-day poverty at some point each year had more than doubled, they found. Seventy percent had at least one adult worker in the last year. If you count food stamps, housing subsidies and other forms of non-cash assistance, the total number was smaller, but still growing.

Like any good social scientists, Edin and Shaefer point to a preponderance of factors driving the rise of $2-a-day poverty in America. But for starters, they say, as the title of chapter one of their book reads, “Welfare is dead.”

“It was fascinating that when they hit upon hard times, families we were studying didn’t even consider going on TANF,” says Edin. “As the program has shrunk, people are less and less likely to know others that are on it. The information flow has kind of cut off.”

As noted in the book, in early 1996, cash assistance from welfare kept about a million families a month from dropping below the $2-a-day threshold. By mid-2011, TANF was keeping only 300,000 households above the threshold on a monthly basis.

TANF’s gradual disappearance from the lives of the poorest has coincided with the rise of the Earned Income Tax Credit (EITC), created as part of the 1996 welfare reforms. The EITC helped roughly 28 million low- and moderate-income households claim $66 billion in tax credits in 2014.

But while the EITC boat helped many, it didn’t quite have room for everyone to rise with the tide. “The EITC is brilliant and ingenious, but one of its features is that in the phase-in period, the longer you work the more you get from the program, so if you only work a month or two, you actually don’t get very much from it,” Edin says.

The problem is, in today’s economy so many of the jobs available to the poorest are short-term or seasonal. Even those that seem longer term have so many applicants per opening that even the best workers get fired at the slightest inconvenience to managers, like what happened to former two-time Parma, Ohio, Walmart cashier of the month Rae McCormick, who is featured in the book.

As a result of the shifts in the economy and how the social safety net works in the United States, “We’ve shifted safety-net spending from the bottom fifth to basically the second fifth. The most needy Americans are getting less from the safety net, not counting healthcare,” Edin says.

$2 a Day does not advocate for a return to the old system, however. TANF replaced the earlier Aid to Families With Dependent Children (AFDC) program, which was “universally despised,” Edin says, even by those who received assistance from it. “The psychic and stigma costs of the AFDC program were so dramatic,” she notes.

“They really think of themselves as workers, and in some ways to go on welfare is almost to violate their sense of who they are,” Edin says about the families they studied.

What $2 a Day calls for is to complete the work-centered revolution started by welfare reform. “You can’t have a work-based safety net and not have a radical expansion of work opportunity for people at the bottom,” Edin says.

One example Edin points out would be to bring back and scale up the TANF Emergency Fund, created as an experiment during the Great Recession. Thirty-nine states opted in and ultimately used $1.3 billion in TANF funds to subsidize 260,000 private sector jobs for low-income individuals. The program has since expired.

Other solutions like fair scheduling regulations and wage theft enforcement would also help. “The bad jobs of the past were a lot better than the bad jobs of today,” Edin says. “The nature of work has changed in such a way that it’s almost impossible to get a full-time job, and it’s almost impossible to get steady hours. And wage theft is common.”

But TANF itself remains a major sticking point. The incentives and requirements TANF has imposed upon states actually hinder their ability to run effective work programs.

“I don’t think the public or even Congress understands how hard it is to actually provide the right kinds of employment services under this current law,” says Liz Schott, senior fellow at the Center on Budget and Policy Priorities. When we spoke, she had just come from a meeting of state TANF agency representatives.

According to Schott, the types of work program activities that get rewarded under TANF don’t match up with what employers or employees need to succeed. She recently outlined six changes to the TANF program that would bring it more in line with today’s economy as well as best practices for relevant, outcomes-driven workforce development programming.

There is some hope from the wiggle room that TANF has around the funding it provides to states. While some states used TANF money to fund non-cash assistance programs that aren’t exclusively targeted at the most needy, states can also decide to use that flexibility to explore new ideas that target the right needs and the neediest families.

“Minnesota is an example of a state that’s really trying to do a better job at both education and training,” Schott says. “Nebraska, not a state you’d think of as in my list, has done a number of things to expand access to basic education.”

“States need to kind of say we can’t afford not to do a better job here, we’re going to do what it takes to provide a good work program,” she adds.

The end of September is the deadline for the latest five-year reauthorization of TANF. While there are some changes that Schott favors in the current discussion draft of the TANF reauthorization, it doesn’t go far enough, she says. It doesn’t require states to use more of TANF funds on cash assistance or at least on services targeted at those below the federal poverty line. The total TANF funding amount remains nominally $16.5 billion — a number that hasn’t increased since TANF first came into existence in 1996. (In real dollars, inflation has reduced the value of TANF funds by roughly 30 percent.)

“I think $2 a Day and coverage of the book will help people understand what life looks like in a world where there’s no safety net,” Schott says. “It’s great that the media is paying attention to this. We don’t know what’s going to happen on the Hill.”