Cities Are Testing a New Way to Pay for Pollution Cleanup 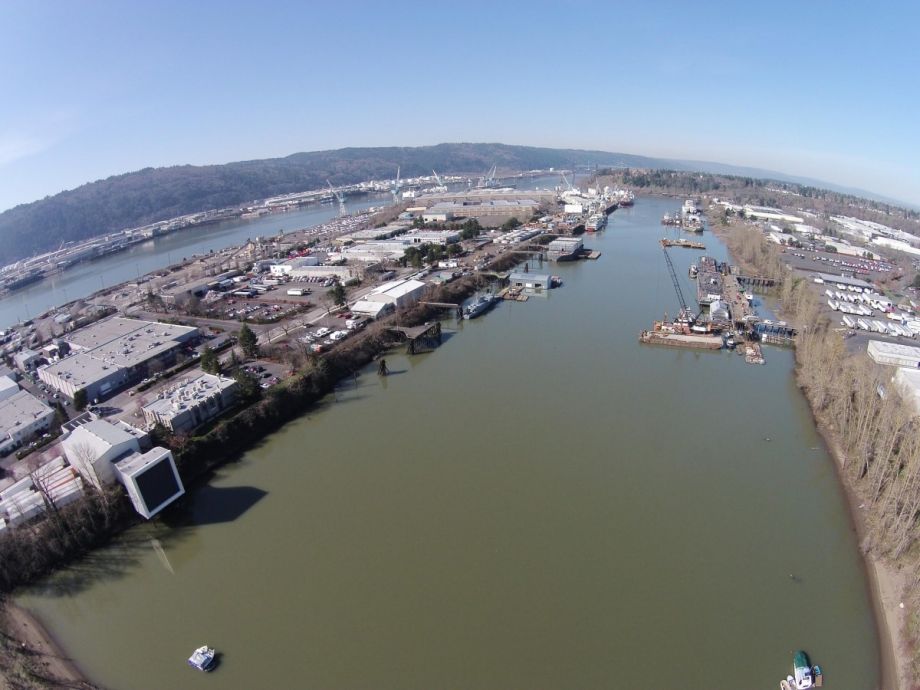 This week, Portland is expected to become the seventh West Coast city to sue Monsanto, alleging that the corporation should be held liable for costs related to the cleanup of contaminants in Portland Harbor — though the corporation never had a manufacturing presence in Portland, nor on the West Coast, for that matter. The cases, all being tried separately, rest upon a singular premise: that Monsanto can and should be held financially responsible for the environmental damage wrought by PCBs, a chemical manufactured in the U.S. primarily by Monsanto from 1935 until 1979. PCBs were used in coolants, electrical transformers, paints, adhesives, caulking, even paper, until the EPA banned their manufacture in 1979 because of their toxicity to humans and animals, and the persistence and ease with which they contaminate natural environments. Internal documents uncovered by attorneys have proven that Monsanto knew about the dangers of PCBs as early as the mid-1960s.

“Given the evidence of what they knew and when they knew it, the city believes [Monsanto] and not the public should pay for the costs of responding to the continuing risks of PCBs in our waterways,” said Portland City Attorney Tracy Reeve, who anticipates filing the formal complaint this week. San Jose, Oakland, Berkeley, San Diego, Spokane and Seattle have already sued.

At issue in Portland is Portland Harbor, a 10-mile stretch from the northern tip of downtown almost to the Columbia River, which became a Superfund site in 2000. Over a century of chemical manufacture, sewage overflow, ship building and decommissioning, and other industrial uses have left the water and riverside land contaminated with a range of chemical pollutants. Chief among them, as far as risks to human health, are PCBs. Travis Williams, executive director of nonprofit Willamette Riverkeeper, says that’s because of the way the contaminants accumulate in fish tissue, posing a health hazard to humans who may consume them. If you’re fishing for and eating smallmouth bass on a regular basis, for example, your cancer risk increases, says Williams, “and you can dial that right back to PCBs.”

The city of Portland is just one of 150 “potentially responsible parties” who will be expected to pitch in on cleanup costs because of its role in the contamination. Already, the city has spent $62 million on studies and reports. The EPA’s final remediation plan for Portland Harbor, expected to be released soon despite several delays, will cost between $790 million and $2.5 billion. If this were a simple scenario in which a company knowingly disposed of dangerous pollutants in public waterways, the case would be clear. Cities could sue under the Superfund law, and if found responsible, the polluters would pay. But the Superfund law only applies to the owners or operators of sites, or to entities that arranged for the transportation or disposal of a hazardous substance.

“What’s happening is the cities in many of these cases are the owner and operation of the site,” says Noah Sachs, a professor at the Richmond School of Law who specializes in toxic substances and hazardous waste. “They own the land where the contamination has come to rest. And so what’s happening is the state and federal agencies are requiring the cities to pay for cleanup costs. And that has prompted the cities to turn around and seek a source of funds for this.”

What makes the cases novel is their application of state nuisance laws. They’re alleging that the company’s knowing manufacture and distribution of a hazardous product constitutes a nuisance to public health. There’s some precedent for this. The Supreme Court just refused to hear ExxonMobil’s appeal of a $236 million verdict in a case brought against the company by the state of New Hampshire, which sued over the company’s use of the chemical MtBE. Cities, towns and private entities have also sued lead paint manufacturers, but almost all of those cases were tossed out of court: The product was legal at the time; plaintiffs could not prove which manufacturers were to blame because paint is almost always layered, and nuisance law was intended to apply to public, not private property. The one exception was California, where a $1 billion dollar verdict is on appeal now. “If that’s upheld, I think it would be a hugely helpful precedent for the plaintiffs in the Monsanto cases,” says Sachs.

The cities are suing for damage to public properties, including waterways, harbors, recreational fishing and swimming locations. “It’s certainly a novel theory, and a novel use of nuisance law,” says Sachs, “but I think given the circumstances they do have a case and if the cities can get by a motion to dismiss and actually present this case to a jury, I think the juries will be very sympathetic.”

If they can present it, he notes, because Monsanto has filed motions to dismiss in several of the cases already. Reeve says she would “not be surprised” if the same happens in Portland. A public statement from Monsanto states, “The speculative legal theories being advanced have no basis in the law, and should ultimately be rejected by the courts. The facts are clear: There’s no evidence that Monsanto discharged a single PCB molecule into these waters. Any PCBs that may exist were introduced by unidentified third parties or by the cities themselves. Monsanto takes seriously its own environmental responsibilities. But in this case, there is no valid claim against Monsanto. If a city wants to deal with these PCBs, it should seek out those who allowed PCBs into the water.”

Because the situation in each city is different, each case will go to court separately though the cities are being represented by the same counsel and are sharing some information. That means any one city could win or lose the suit without it bearing on the others. Sachs says California’s case law is most favorable to winning this particular case. And he says there’s good reason Monsanto is fighting these claims so hard. “There’s no reason why these suits would be restricted to the West Coast states. If one of them succeeds, you could see any of the 50 states or cities within those states bringing action.”

UPDATE: This post was edited to clarify that Monsanto was the primary manufacturer of PCBs. Also, the current Monsanto is a legally different company from the Monsanto that manufactured PCBs.