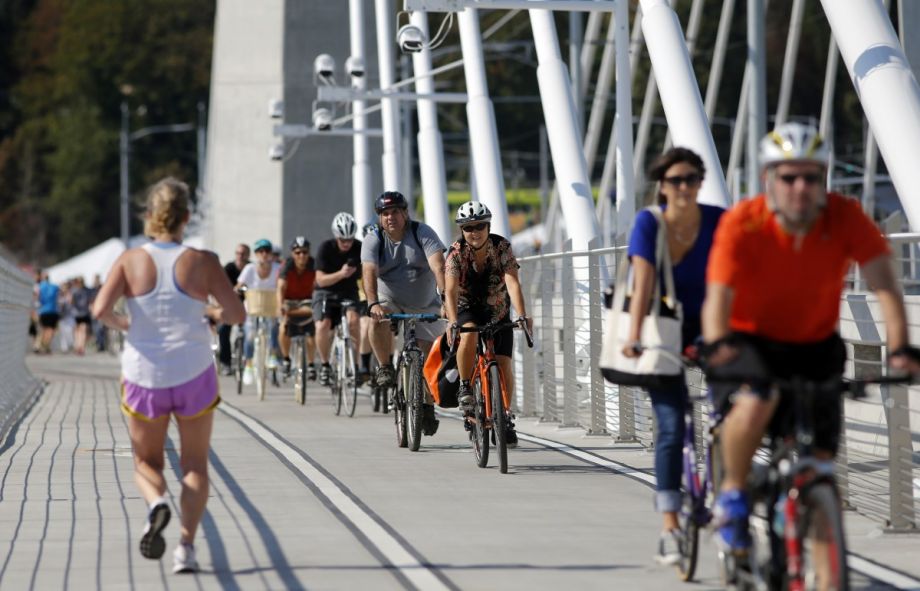 Despite ranking as one of America’s top biking cities — and being the home of an ambitious new multimodal yet car-free bridge, which opened over the weekend — and the onetime headquarters of Alta Bicycle Share, the first major U.S. bike-share system operator, Portland, Oregon, has lagged on implementing a bike-share program. Part of the problem has been a lack of a corporate sponsor, a popular funding model in the business of bike-share.

The city has had an outline for bike-share since 2012, but the original 750-bike plan with Alta, meant to launch in 2013, never took off. (Alta itself went through a business overhaul and is now New York-based Motivate.) There’s still no Citi-level sponsor a la New York City, but Portland has decided it will use a federal grant to pay for the $2 million launch of a scaled-down program with 600 bikes.

The City Council will review the revised plan this week, Oregon Live reports. The bicycles will come from New York-based Social Bicycles, and Motivate will run the system. The program is intended to be self-sufficient through user fees and, ideally, future sponsorships.

SoBi’s GPS-enabled locking system means bicycles can be returned to unconventional “kiosks” for an additional fee. According to a Portland Bureau of Transportation press release:

This smart bike technology — which puts all communications and locking technology on the bike itself — will allow Portland’s system to operate with fewer docks and kiosks. This will save money and allow users to lock bicycles at many existing city bike corrals. The technology will also allow the City and Motivate to pilot an innovative approach to rebalancing bicycles that will reduce the reliance on rebalancing vehicles. This will help to make Portland’s bike-share system one of the greenest in the nation. Overall, the system will make it substantially easier to find, reserve and park a bike.

Rates for renting are expected to be $2.50 per half-hour. There will also be monthly memberships between $10 and $15 that are good for up to 90 minutes of biking a day.