Philadelphia to Host Advocates for Equitable Bike-Share – Next City 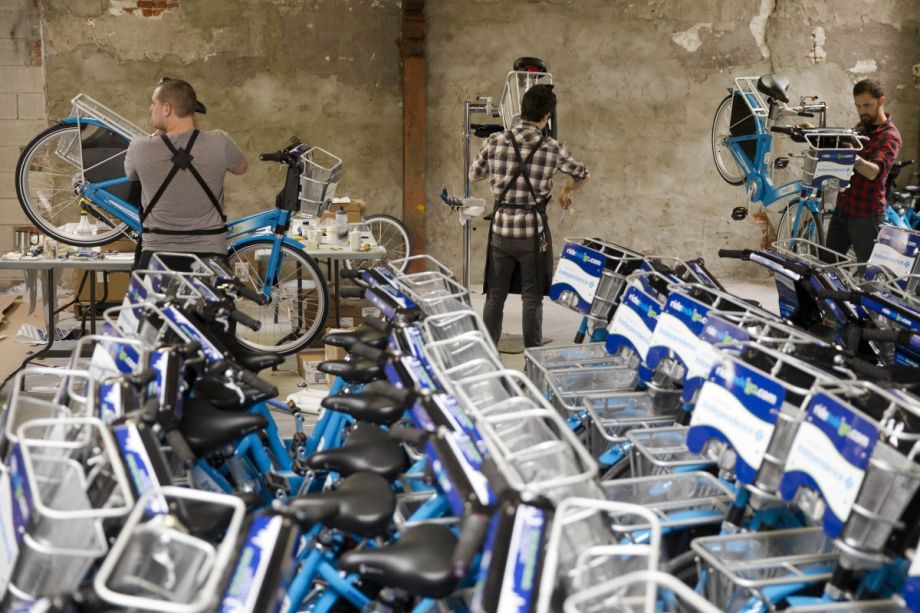 Philadelphia launched its Indego bike-share just about a year ago, but operators and officials have been applauded for efforts to bake equity into the program from the start. Now the city will play host to an event focused on how cities can ensure bike-share contributes to broader community needs, including access to jobs and education and improved health and safety.

The first Better Bike Share Conference next month will bring together planners, transportation officials, advocates, system operators and partners, and is being organized by the Better Bike Share Partnership, which includes the city of Philadelphia, the Bicycle Coalition of Greater Philadelphia, the National Association for City Transportation Officials (NACTO) and PeopleForBikes.

Fans of Indego have cited Philadelphia’s equity-driven decision-making around station siting, payment and pricing, outreach, education, marketing, and more. The program offers a cash option, which helps unbanked users. (Early reports have shown that usage of Indego by low-income Philadelphians is lagging, and last month, operators said they’d begin offering $5 monthly passes to some and put more stations in underserved areas of the city.) In an op-ed for Next City last month titled “How We’ll Know When We’re Getting Bike Equity Right,” Kate Fillin-Yeh, director of the Bike Share Initiative at NACTO, wrote:

The city of Philadelphia’s multi-level commitment to equitable access to bike-share offers a roadmap. In Philadelphia, Indego ads extensively feature images of women and people of color. This is a strategic choice by the city and operator to create ads that include the populations they want to reach and who often report feeling excluded from mainstream imagery and marketing. The Indego Community Ambassadors program furthers this work by hiring locals with established community roots to organize events and help promote the system. An access manager, hired by the city and embedded in the private sector operator’s offices, ensures that the equity considerations spelled out in the contract between the city and operator are truly part of day-to-day operational decisions.

The Better Bike Share Partnership works on bike equity nationwide. For an article last year covering BBSP’s awarding of seven grants totaling nearly $375,000 for work on making bike-share equitable, Zoe Kircos, PeopleForBikes grant manager, told Next City contributor Josh Cohen, “At it’s most basic, we’re striving for bike-share systems that have annual and daily users that reflect the population of the city as a whole.” In the same article, Cohen also spoke with advocates who wonder if equity in bike-share systems is even possible, given that they are often designed primarily to recuperate costs. On top of those financial challenges, U.S. cities also need to address a general lack of investment overall in bike infrastructure in low-income neighborhoods and majority-minority areas outside urban cores.

The conference will take place June 22 to 24. Anyone working in the fields of bike-share, city building, community development, transportation, equity or social justice is invited to attend.

“This will be an innovative and thought-provoking conference,” Tamika Butler, executive director of the Los Angeles Bicycle Coalition and a scheduled speaker, said in a statement. “The Better Bike Share Conference will bring together thought leaders from across the country to talk about the systematic inequities in our society and the importance of these inequities being at the center of bike share and bike advocacy.”