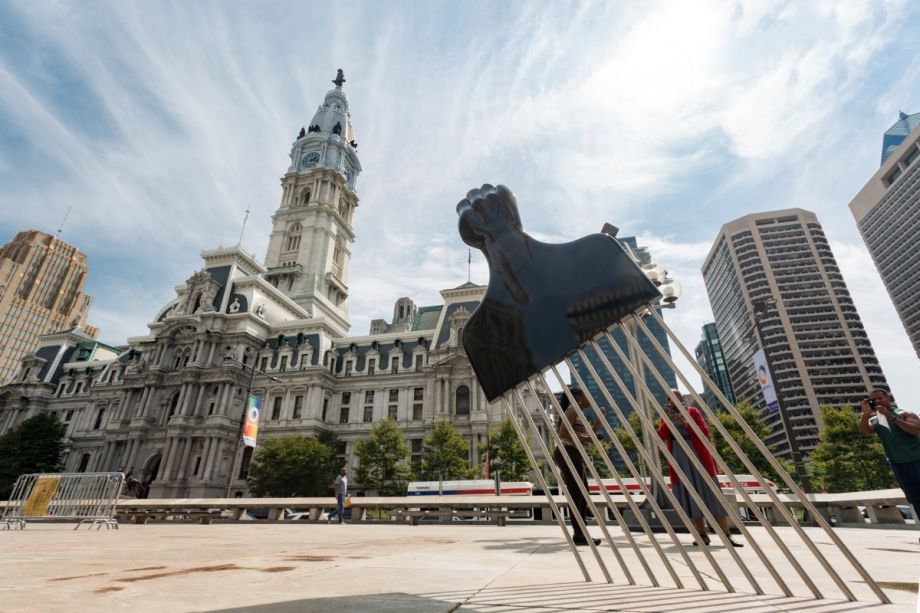 While monuments have recently become a topic of national debate, Philadelphia has been grappling with this issue for a while. In the 2000s, excavators discovered the remains of a house near Independence Hall where President Washington lived and worked, along with his slaves. The discovery and resulting debate led to the creation of an outdoor exhibit examining “the paradox between slavery and freedom in the new nation,” with a special focus on the identities of Austin, Paris, Hercules, Christopher Sheels, Richmond, Giles, Oney Judge, Moll and Joe Richardson — Washington’s slaves.

In 2010, two reporters, Daniel Biddle and Murray Dubin, published a book on O.V. Catto, a Philadelphia civil rights hero from the late 19th century who had largely been lost from the history books. For me and many other Philadelphians, the book forced us to grapple with the bias inherent in the history that we teach our children, and a campaign to recognize Catto began. On Tuesday, a statue of Catto on the South apron of City Hall will become the first monument of an individual black person on Philadelphia public property.

In 2016, Mural Arts Philadelphia, the nation’s largest public arts project, came to the city with the idea to launch Monument Lab, a citywide public art and history project posing the question: “What is an appropriate monument for the current city of Philadelphia?”

Today, two of Monument Lab’s 20 temporary works of art sit in prominent public spaces outside City Hall. Hank Willis Thomas’ All Power to All People sits in Thomas Paine Plaza outside the Municipal Services Building and Mel Chin’s Two Me sits in the middle of the City Hall Courtyard. All Power to All People is an 800-pound Afro pick. Standing just feet from the controversial statue of former mayor and police commissioner Frank Rizzo, the statue has certainly sparked the conversation Monument Lab intended. But, for me, what is just as interesting as the art itself, is the artist who made it. Thomas’ maternal grandfather attended the police academy with Rizzo, while his father was active in the Black Panther movement. When I see this piece, I see that Philadelphians are capable of unifying around difficult issues.

Two Me is two identical seven-foot-tall pedestals each with a simple inscription of “me.” From my office, I’ve had the pleasure of watching many everyday citizens ascend to the top via fully accessible ramps and pose as living monuments. Predictably, some of the most funny and inspiring participants are children. I hope Two Me encourages them to think about what they might do with their lives to make an impact, and I hope one day all of our country’s monuments are reflective of the kind of people we want our children to be.

In defense of controversial statues, many have said that no person who ever has or will be cast in bronze is perfect. That’s true, so Monument Lab seeks to move us beyond the question of whether or not someone was “good enough” for a monument to whether or not a monument is right for the current city of Philadelphia. And since monuments are inherently meant to stand the test of time, that seems to be a perfectly logical question to ask.

I look forward to hearing Philadelphians answer it. Mural Arts is hosting a series of events meant to stimulate dialogue through mid-November. I encourage everyone to join.

Jim Kenney is the 99th Mayor of Philadelphia. A proud progressive, he fights for important issues like income inequality, LGBT rights and criminal justice reform.