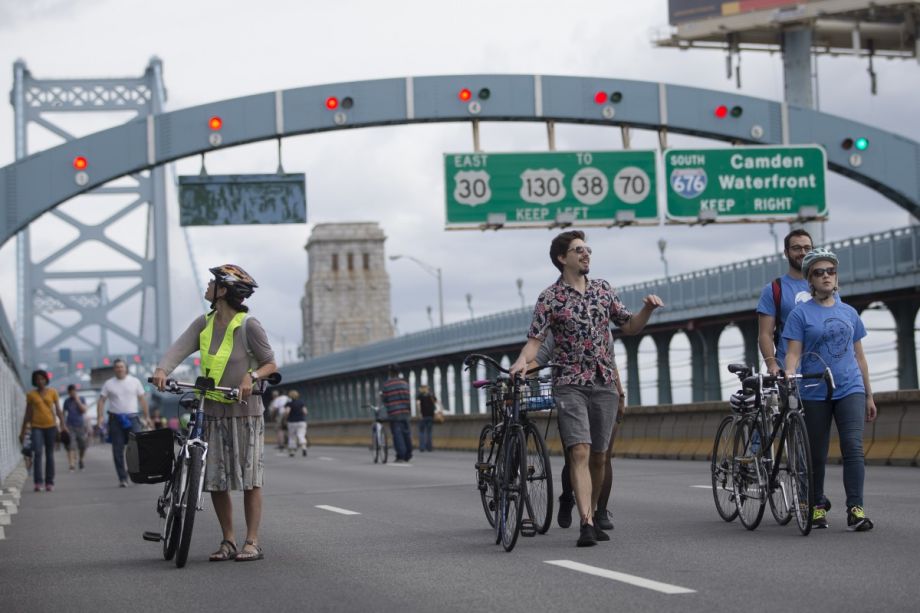 A year after Philadelphia first got a taste of car-free streets with Pope Francis’ visit, the city is curtailing autos again.

An event dubbed Philly Free Streets will shut down 9 miles of streets on September 24 from 8 a.m. to 1 p.m., according to an email announcement from the advocates at Open Streets PHL Wednesday. The route will stretch down the entirety of South Street, from the Delaware River to the Schuylkill River, and then up the Schuylkill River Trail and on to Martin Luther King Drive, ending at the Belmont Plateau in Fairmount Park.

Clarena Tolson, Philly’s deputy manager for transportation and infrastructure, first announced the plan at a neighborhood association meeting Tuesday. According to Billy Penn, she said with the extensive size of the plan (NYC’s annual open streets event, by comparison, is 7 miles) and the quick planning process, the city could become a national model for similar events.

“This is a huge win for the city and is the product of countless hours of hard work and planning,” read the release from Open Streets PHL, which pushed for the event.

While the papal visit increased citywide interest in car-free streets, the 2016 event will have a much different feel, and not just because of the absence of Secret Service and the National Guard. Billy Penn goes into more detail.

Tolson told the meeting’s attendees to imagine a path around Front Street where the restaurant owners and business owners can set up shop, to a bridge. People could then listen to tour guides talk about the architecture of the bridge before hopping onto a trail at the other end and crossing to a street “named after a civil rights leader” while listening to talks about sustainability or exercising, then winding up at Belmont Plateau where there would be open microphones and other entertainment.

Open Streets PHL hopes September’s event is just the beginning, and that regular open street events will be in Philadelphia’s future. The group is looking for input into what types of activities people would like to see at the half-day festival.

Philadelphia Mayor Jim Kenney is fully on board, and has spoken about walkability and making streets safer for pedestrians and bicyclists on numerous occasions. Jon Geeting, who has contributed to Next City and is Open Streets PHL’s internal communications officer, said Kenney even went to NYC’s Summer Streets event and was blown away. “He gets it,” Geeting said.